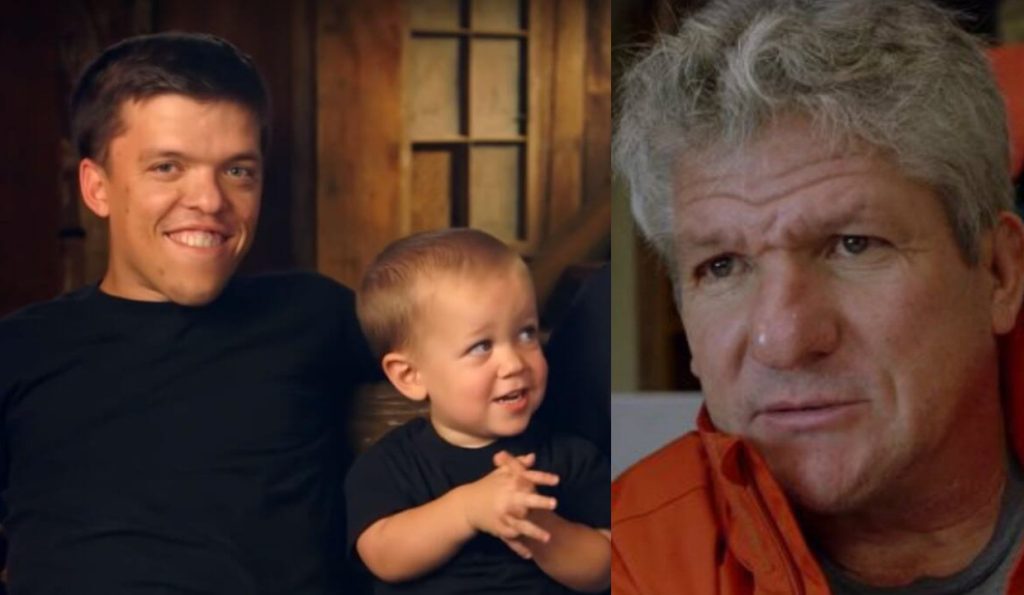 The big fight between Zach and Matt Roloff became the highlight of this year’s season of Little People Big World. While the son wanted to buy a part of Roloff Farms, his father didn’t let it. Initially, they couldn’t agree in terms of how many acres they wanted the other to take over. Later on, the patriarch said that he didn’t think Zach was capable of taking over such a responsibility. So, he and Tori, with the kids, are now living in a new house in Washington. As they have a strained relationship now, LPBW fans picked up on the fact that Jackson taunted his grandpa recently.

LPBW: Jackson Takes A Dig At His Grandpa After He Didn’t Sell The Farm To Zach Roloff?

The latest Little People Big World season was downright dramatic. It all began when Matt and Zach opened up about the Roloff Farms deal not passing through. As mentioned above, there were a lot of differences between the two. Hence, the son moved to Battleground, Washington, with his wife, Tori, and kids in a new house. Well, the property is quite spacious and on more than two acres of land. Therefore, the little ones have a lot of space to play outdoors. Lately, Tori Roloff captured her son, Jackson yelling the words, “I’m a farm boy” out loud. Hence, LPBW fans began to speculate if this was the family’s way of slamming Matt Roloff.

Apparently, Zach was pretty upset about the fact that he won’t be able to carry on his father’s legacy by taking over the farm. All the LPBW fans also thought that the farm would stay in the Roloff family for generations to come. However, Matt is now selling 16 acres of it for $4 Million. It has been on the market for several months now. Earlier, Zach, as well as Jeremy, was interested in taking over. However, the price for the same was too high

for them to make a decent deal. As a result, this property dispute has strained family relations.

LPBW: Tori Flaunts ‘Farm Life’ Again! Flaunts The Family Is Better Off Living In Washington Instead Of Roloff Farms?

Well, this wasn’t the first time Zach and Tori took a dig at Matt Roloff over the farm feud. A few months ago, the famous mother made another post on her Instagram handle. It featured her husband, Zach Roloff, running a tractor in the backyard of their house. As he did so, his partner put some country music in the background with the caption saying “farm life”. Therefore, the LPBW fanbase speculated that this was an indirect message to Matt Roloff. As they couldn’t take over the family property, viewers felt the star was showing off their life in Washington house.

In fact, the LPBW viewers felt Tori was trying to express that the family was making the most of their life in Washington. Hence, they were doing so by adding some elements of a farm in their new place. This included keeping a chicken coop, having a tractor, and so on. However, these are merely speculation on the internet. That’s because there was no mention of Matt in any of the posts. Keep track of all the latest LPBW news only through TV Season & Spoilers.