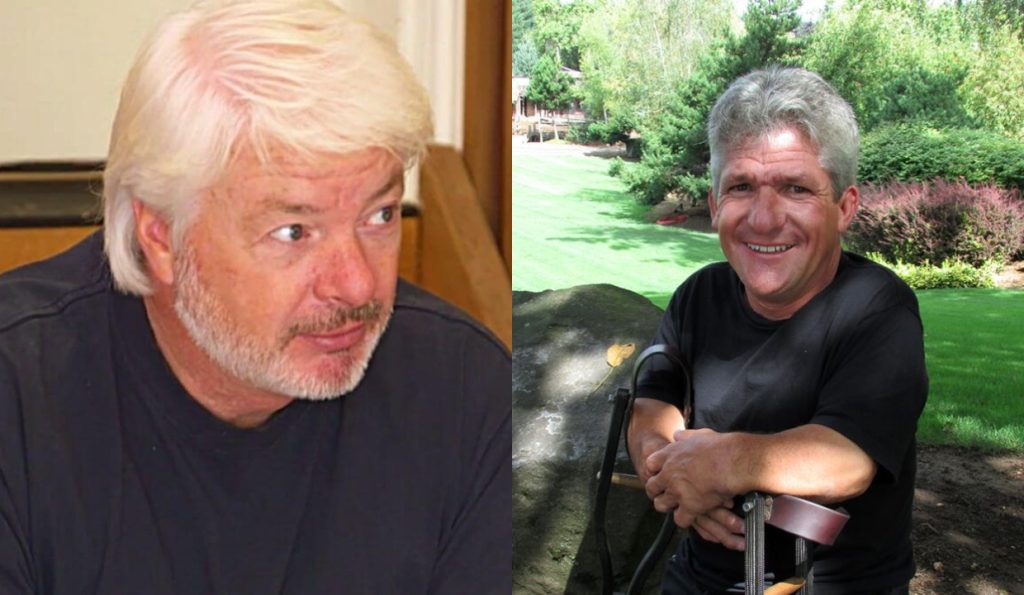 LPBW: Matt Demands Chris Marek To Overwork On The Farm! Offers Him A Promotion

Matt Roloff from Little People Big World has weird family dynamics going on in the show lately. For instance, after the farm feud, he is not close to his sons, Jeremy and Zach. On the other hand, he gets along well with his ex, Amy Roloff’s husband, Chris Marek. While this bond weirds out Amy, as both men from her present and past are such good friends, they don’t seem to care. In fact, Matt Roloff has been so happy with Chris that he wanted to give the latter a promotion during the pumpkin season for his job! So, what will the LPBW cast member be doing on the farm now? Keep reading to know more details about this.

LPBW: Matt Roloff Has An Offer For Chris Marek To Work On Roloff Farms! Will He Take It?

Strangely, Matt Roloff has started to like Chris Marek in these past few years. Initially, the LPBW viewers assumed that there might be trouble between the two owing to their connection with Amy Roloff. While the former is the ex-husband, the latter is her life partner now. Despite this, both of them have developed a wholesome bond with one another. Last season Matt also gifted Chris flowers when he and Caryn went over to his and Amy’s house for dinner. Chris also stepped up to help out during the pumpkin season when Zach had moved to Washington and didn’t participate in the tours. So, Marek filled in for the father of three.

Considering how well the last pumpkin season was, Matt Roloff had plans to promote Chris Marek. The LPBW star had a conversation with him regarding this. Last time around, Amy’s new man worked two hours daily for the tour during Pumpkin Season. So, the Roloff patriarch wanted to increase his workload and wanted Chris to devote “three hours a day”. Matt stated that the new pumpkin season would have a new route as they won’t have to go around the big house as it was on sale during the annual event. Hence, things would be easier for Chris. Moreover, Matt Roloff had another offer for his dear friend. After falling out with Zach, the private Roloff Farms tours had also stopped. That’s because it was Zach’s job to do it.

Hence, Matt again wanted Chris to fill in for his son Zach, and wanted to bring back the private tours. The new episodes didn’t contain whether the latter said yes to the farm owner’s offer or not. Yet, LPBW fans remain excited to see how this whole scenario will progress in the upcoming episodes.

LPBW: Amy Roloff’s Big Decision Can Ruin Her Bond With Her Kids?

Amy Roloff has been on the fence ever since the preparations for Pumpkin Season began. She had mentioned that her “heart went out” to her boys, Jeremy and Zach. Just like them, she too dreamed that her sons would one day live on the farm and carry on the family legacy. But Matt Roloff didn’t let it happen and put the farm up for sale. As she was upset with the farm’s future, the LPBW star Amy Roloff wasn’t sure if she should participate during the pumpkin season. Her ex, Matt, had made sure that she knew she was the face of the farm. Hence, her presence was a must to greet and welcome the people to the pumpkin season. After giving it a long hard thought, Amy finally decided to work on the farm during this time.

The mother of four spilled the beans during her confession. Amy revealed that some of her kids believe that she is “crazy” for working on the farm. Yet, the matriarch is still trying to figure out how the Roloff family has been interacting. She wished that her decision to work on the farm didn’t affect the bond she had with her kids. Amy didn’t feel extreme joy at the thought of participating. She had thoughts and emotions of all sorts since the farm feud. How do you think Amy’s kids will react to her going back to work? Tell us in the comments below. Keep coming back to TV Season & Spoilers for more details about LPBW.