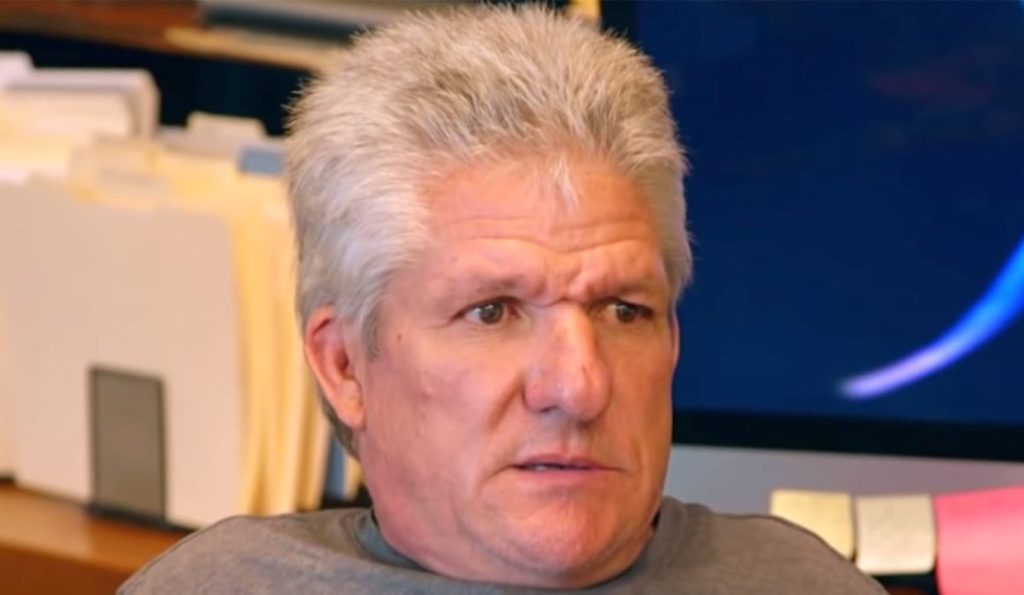 In shocking updates from the Little People Big World cast, a massive tree toppled only feet from Matt Roloff’s home, causing damage to the property. The extreme winter cold that affected the entire country coincided with a big storm that hit the Oregon property. On Wednesday night, when a huge tree collapsed due to strong winds, Roloff Farms came dangerously close to catastrophe. This is because a tree’s roots were uprooted from the ground and left a gaping hole in the land. Although the tree fell near the house, it luckily did not have any major damage to the home. LPBW celebrity Jacob chopped the branches from the fallen tree and placed them behind his truck as he backed away from the shocking scene. However, while updating fans about the incident, Matt accidentally leaked personal photos. Let’s read what blunder he created.

On Wednesday night, December 28, when a strong storm hit Matt’s property, he experienced a huge disaster. However, in the course of informing his followers about the incident, he accidentally uploaded some of his personal photos instead of the actual damaged photos. Fans cringed at his action, whereas he admitted that he is “horrible at this Instagram”. On Thursday, Matt Roloff uploaded an appreciation Instagram post for Jacob Roloff. In his post, he wrote that he was out with some work when the storm hit hard. Due to the strong wind, the massive tree falls off, barely missing the house. Futher in his caption, he thanks his son Jacob for stepping up, clearing the area, and turning the tree into firewood. He also thanks Jacob’s wife, Isabel, for helping out.

Also, Matt thanked Isabel for sending him a picture of the “annual elk herd migration” at Roloff Farm. The father of the family screengrabbed Isabel’s photograph of the elk herd grazing on the “back forty” of the property. But he mistakenly included a row of thumbnail shots taken from his camera roll, as per TheSun. While Matt failed to notice the photos’ presence, his fans immediately recognized the pictures. “Whose mugshot is on your camera roll?” one follower questioned in the post’s comments section. One also asked if it was a flashback of Season 5. Matt instantly removed the post and replaced it with new photos, one of which showed Jacob using a chainsaw in front of the downed tree. Matt apologized for his previous post and said he is “horrible at this Instagrm”. However, the post also included photos showing the downed tree perilously near the family’s home.

The fans of LPBW are well aware of the farm feud. Fans know how Matt’s decision to sell the property caused a major divide in the family. Zach reportedly intended to buy a little piece of the 100-acre farm in order to carry on the family tradition. But it appears that Matt opted to sell the farms instead since he didn’t believe his kid was deserving enough for the same. He searched for a buyer but couldn’t find one, so he went forward with Plan B. The Little People Big World star recently admitted that he didn’t sell the farms and is currently working on his backup plan. Matt said that many people observed the Roloff farm, as per his plan. But since neither of them could commit to buying it for the long term, they now have the option of renting it out instead.

Thus, Matt, at last, admitted that he is thinking about making it an Airbnb. He continued by saying that the farm will be set up so that families may stay there for a week or less. He goes on to say that the aspect that scares them the most is maintenance. The patriarch of the LPBW confesses that it scares him to let strangers into his home. In addition to this, Matt Roloff dislikes the concept of owning and operating a farm. He also says that he is searching for people who consider the farm to be “a labour of love” addition to that. Evidently, he is thinking of getting short-term tenants to relieve some of his burdens. Stay tuned to TV Season & Spoilers for further updates.