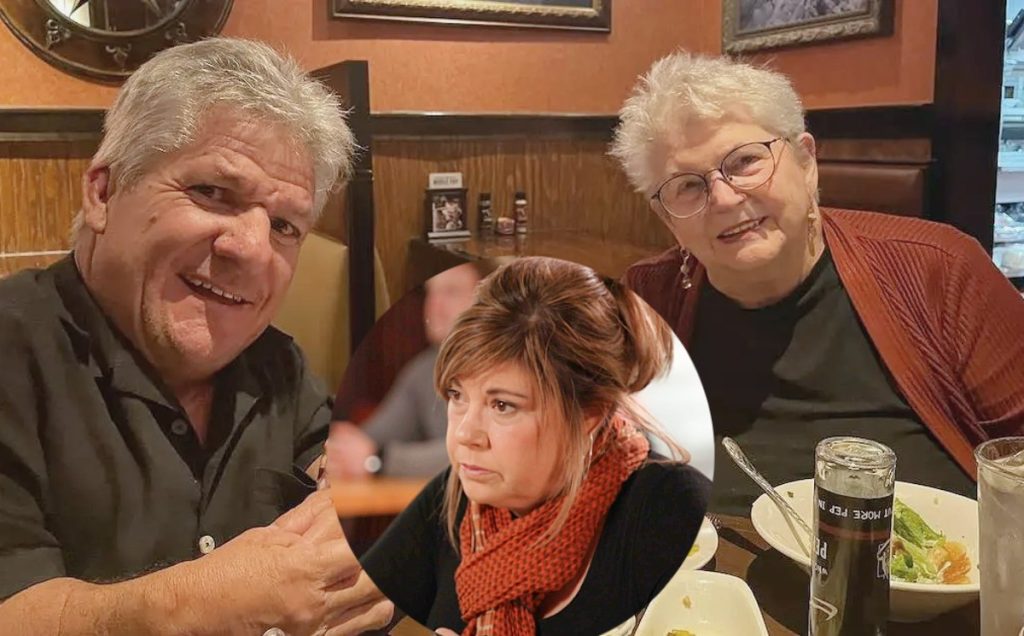 TLC: MATT ROLOFF WITH HIS MOM PEGGY ALONGSIDE CARYN
LPBW

Matt Roloff has been grieving heavily in the latest Little People Big World episodes. In August 2022, the LPBW star took to Instagram to announce his father, Ron Roloff, is no more in this world. Now, his experience with the tragedy has become part of the TV show. Lately, Matt is forming a wholesome bond with his mother, Peggy, as he is teaching her to be “independent” after his father’s passing. While doing so, the celebrity also reflected on his relationship with his girlfriend, Caryn Chandler. In fact, he has started to appreciate his partner even more! So, what made him do so? Keep reading to know more details about this.

LPBW: Matt Appreciates Bond With Caryn Even More After Spending Time With His Mother, Peggy!

Matt Roloff and his parents, Ron and Peggy, had a very wholesome bond with each other. They would even visit their son on his farm to keep up with him. However, that won’t be possible anymore. That’s because Matt’s father is no more in his world. He announced the recurring LPBW star’s passing through Instagram in August. As mentioned above, the reality TV series is documenting the patriarch’s loss in the new episodes. It turns out that Matt has often been flying to Arizona to stay close to his mother. It turns out Peggy was too dependent on her husband. Since his passing, things have been hard for her. Hence, Matt has been gently pushing her to be independent.

The LPBW star mentioned in his confessional that spending time with his mom, Peggy, made him think of his relationship with Caryn Chandler. Just as Ron was a great help to Peggy, Matt felt his girlfriend also did a lot for him. Hence, the Little People Big World celebrity began seeing his lover in a new light after spending surplus time with his mother. However, the viewers have always accused Caryn of making things worse in the Roloff Family. In fact, Matt’s son and his wife, Zach, and Tori, are also upset at the girlfriend for meddling in their family matters. So, they refused to let Caryn meet baby Josiah

when he was a newborn. However, his father’s departure has been changing Matt for the better, and he has been trying to work on his bond with his son, Zach.

As mentioned above, the latest Little People Big Word episodes give serious vibes. That’s because the Roloffs have gone through a big loss as their grandpa Ron is no more. Initially, LPBW viewers gave Matt the “greedy” tag for refusing to sell his land to his kids, Jeremy and Zach. However, things are changing for the better in the new season. It turns out that Matt Roloff had plenty of time with his father, Ron, when he was on his deathbed. That’s when the elderly star revealed important things to his son. He mentioned that he wants the LPBW celeb to care for his wife, i.e., Matt’s mom Peggy.

As evident from his Instagram and new episodes, Matt has been flying to Arizona a lot to abide by his father’s wish. At the same time, Ron wanted his feud with his sons to end. Hence, this statement also deeply impacted Matt. Thus, he began mending his bond with Zach and even visited Washington again to spend some quality time with his son. Yet, viewers don’t feel Tori and Zach have been reciprocating the same sentiment. They think the couple needs more time to make things normal again. Viewers are eagerly waiting to see more of them in the latest episodes that are premiering on TLC weekly. For more LPBW updates, keep coming back to TV Season & Spoilers.