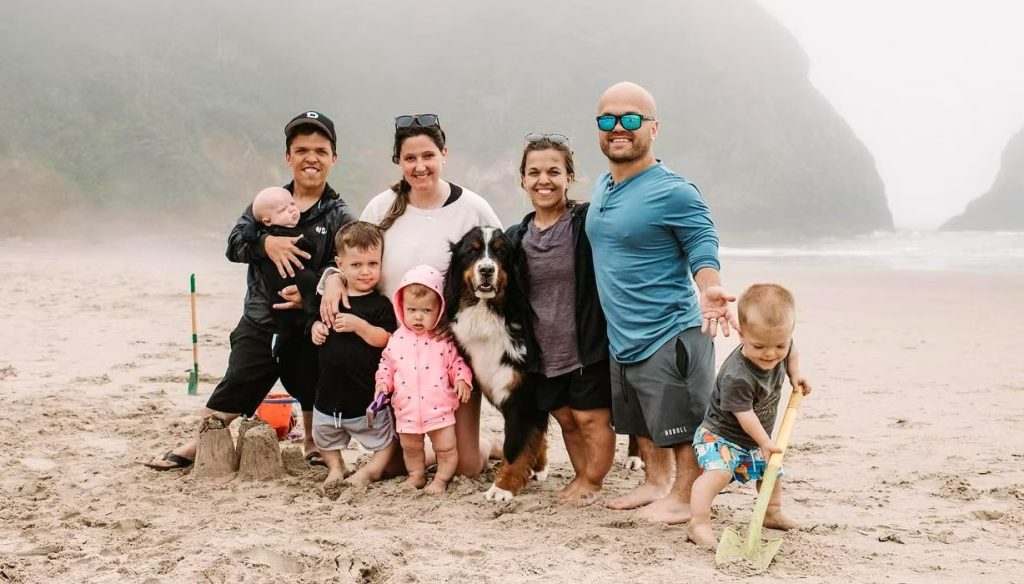 LPBW: TLC To Give Another Show To Witous Family, After Wholesome Episode With Zach & Tori?

The show Little People Big World seems to have lost its actual plotline. Fans also threatened to boycott the show due to its boring and inconsequential storyline. Viewers are now done with the Roloff family’s conflict over the farmland. However, recently Tori also felt the same. The LPBW star took to Instagram to share her dissatisfaction. Tori shared a picture of Zach and Jackson sitting near the campfire and wrote this is the content that she is here for. It was evident that she is also over the family drama. However, the Witous family visit seems to build some interest again in the minds of viewers. Will they get a show of their own? Keep reading to find out.

LPBW: Fans Impressed By Witous Family! Will They Get A Spin-Off?

In a recent episode of Little People Big World, the Witous family appeared to assist the show in rediscovering its core values. Fortunately, the two families’ candid discussion gave the fans the boost they needed. Tori also seemed to concur that the episode starring the Witous family was a positive development. The LPBW star posted on Instagram to express her happiness that TLC chose to highlight a more serious aspect of life with achondroplasia. The episode explored Mikey and Jess Witous’s struggle after losing their twin daughters, as per ScreenRant. Mikey and Jess’s daughters were born with a double dominant gene.

Given that both Mikey and Jess have achondroplasia, there was a 50% probability that the kid would be average size. Moreover, a 25% risk that the child would receive one problematic gene from each parent, which can cause serious skeletal issues. There was also a 25% chance that the baby would be the typical size. Zach and Tori Roloff met the Witous couple at the LPA convention earlier in their marriage. Mikey is a teacher as well as an athlete. He calls himself “The Fittest Dwarf On Earth” as he lifts four times his body weight. Jess was employed at the University of Notre Dame as an administrative assistant in the interim. Both take pleasure in helping people learn about LP’s difficulties and global contributions. The couple’s tale touched viewers of Little People Big World, and they thanked the network for airing it. So, they demand TLC to renew a show starring just the Witous family. But the channel has not responded to this yet.

LPBW: Fans Called Season 23 An “Embarrassment,” Ask To Call Off The Show

Fans of the TLC series Little People Big World reportedly vowed to boycott it after a half-episode was devoted to Zach and Tori talking about hotdogs and baked beans. Previously, the show seemed to revolve only around the conflict between Matt and Zach for the farm. Fans felt that LPBW has now reached its point of being tedious. Many fans took to Reddit to express their opinion about the show’s current storyline. Some said that they had not fast-forwarded any show so much in their life. Others said that the show has become so boring that they feel like no longer watching it. They believe that they have lost their interest completely in watching it. One also commented that the show is about nothing and is an embarrassment.

However, after the Witous family visit, the episode fans hope that show has finally got to some meaningful to telecast. The Witous family was a highlight of the broadcast, which is fortunate since audiences want to see more of them. The future will reveal whether TLC attempted to determine whether they required their show. As a viewer, what do you think about the recent episode? Do you think TLC will not focus more on meaningful content rather than dealing with the same boring storyline again and again?  For all the latest LPBW updates, keep coming back to TV Season & Spoilers.