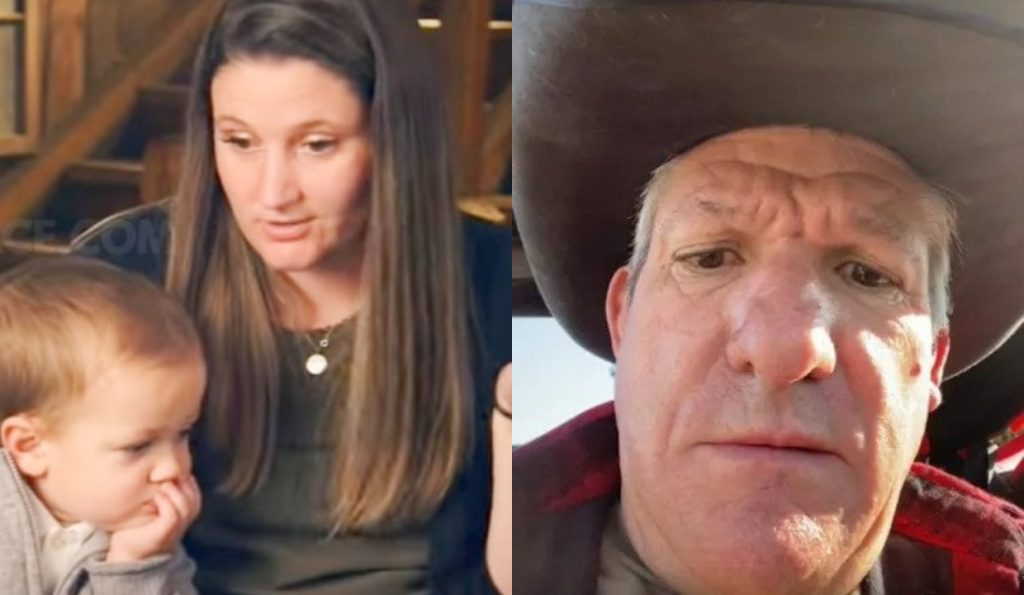 TLC: TORI WITH HER SON JACKSON ALONGSIDE MATT ROLOFF
LPBW

Tori Roloff and her husband Zach had to go through many shocking moments in the last Little People Big World season. The LPBW stars were earlier looking forward to taking over Roloff Farms. However, it wasn’t in their cards, and Matt Roloff didn’t let them do so. Since then, they got bitter towards the patriarch and even moved from Oregon to Washington. The last post on Tori’s handle suggests that they are not at all in touch with the family patriarch anymore.

Tori and Zach Roloff are the most famous couple to come out of Little People Big World. During their debut, they were just boyfriend and girlfriend. But things escalated, and they are now married with three kids. LPBW has captured all their special moments, and they have shared them all with their audience. The last season was full of drama. That’s because the couple couldn’t follow through with their dream to take over Roloff Farms. Matt Roloff didn’t find them “capable” of such a responsibility.

After their huge brawl, they moved to a new house in Battleground, Washington. Since then, Zach and Tori have lessened their interaction with Matt Roloff and his girlfriend, Caryn. As a result, the LPBW fanbase sided with the couple, saying that the patriarch was unfair to them. Lately, Tori made a post saying that she and her kids visited a local pumpkin patch. That’s when LPBW viewers could tell there were still cracks in their bond with Matt Roloff. It was odd for the audience to see Zach and Tori refusing to visit Roloff Farms for the pumpkin patch

, as it conducts one of the most famous events.

Zach and Tori will be returning for Little People Big World Season 24. Although all the new seasons’ premiere on TLC annually, the network surprised everyone. That’s because the upcoming season will debut on November 1, 2022. It will also capture Zach and Tori’s experience of welcoming baby Josiah to the world. The trailer for the same had a dramatic segment. It turns out the LPBW couple didn’t want Matt’s girlfriend, Caryn interact with their baby boy. Apparently, they were still bitter for not having the chance to live on Roloff Farms.

Matt revealed in his confessional that it is quite obvious that Zach and Tori are trying to “isolate” themselves from him and Caryn. The latter mentioned that she has been waiting for an “olive branch”

from the couple. It looked like they were not ready to forgive Matt and Caryn. Tori blatantly mentioned that a dove took that olive branch to another isl and. It implied that there would make no peace offering between the grandpa and his partner. Fans remain eager to see more drama fold out in the upcoming season. Do you support Zach-Tori or Matt-Caryn? Tell us in the comments below. Until then, stay hooked to TV Season & Spoilers for more LPBW news.