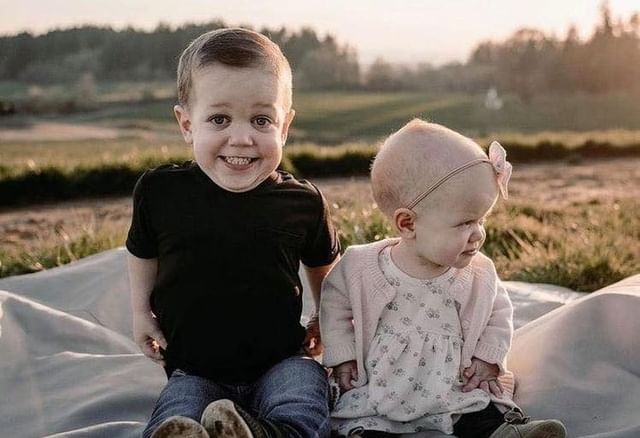 Noted Little People Big World stars Tori, and Zach Roloff decided to go for a fun day out. Together with their kids, Jackson and Lilah, they planned their outing and went to Colonial Williamsburg. It is one of the largest living history museums and a private foundation. The family recently moved to Washington in October 2021. Therefore, it looks like the LPBW family is exploring nearby landmarks to explore their place of residence even more. Stay tuned to know more about their fun little adventure.

Together parents Tori and Zach Roloff decided to take their kids for an educational experience. Hence, they opted to go out to Colonial Williamsburg in Virginia. As the area is a living museum, the site is full of recreated or restored buildings from the 17th and 18th centuries. The reality TV mom shared all their adventures through her Instagram stories. Her two little kids seemed to enjoy themselves a lot during their trip.

One highlight of their outing was exploring a courtroom in the museum. The LPBW star shared an adorable photo of the brother-sister duo sitting calmly in an open court. Another shot had Jackson sitting on the witness stand while his mother called him a ‘Bailor’. He looked happier than ever while sitting in such a professional setting.

Moreover, the family also explored the museum by traveling in carriages. This was a unique experience for the kids, and they raised their hands in the air in excitement as they moved. The eldest Roloff child also called the ride “booster fast.” All the LPBW fans were delighted to see the parents giving their children an enriching experience while ensuring lots of fun!

Although Tori Roloff mostly shares wholesome updates of her family, the past week wasn’t easy for her. Apparently, her eldest son, Jackson, had to go surgery. Just like her father, Zach Roloff, both Lilah and Jackson also have Dwarfism. As a result, they have health complications due to it. In addition, Jackson underwent surgery for his bow-leggedness. It is a condition where a person has structurally far apart knees, just like a bow. Hence, the name. The Washington resident made a post for this and asked everyone for prayers and well wishes.

Now it seems like the little one is recovering quickly. The TV star had posted a video of him walking with a supporter earlier. TV Season & Spoilers points out that this struck an emotional chord with the fans, and they sent compliments and blessings to the family. The recent outing proves that Jackson is healing quickly, and everyone seems glad. Apart from this, the family is also preparing themselves to welcome a new member. Zach and Tori announced their third pregnancy in November 2021. The baby is due in Spring 2022.