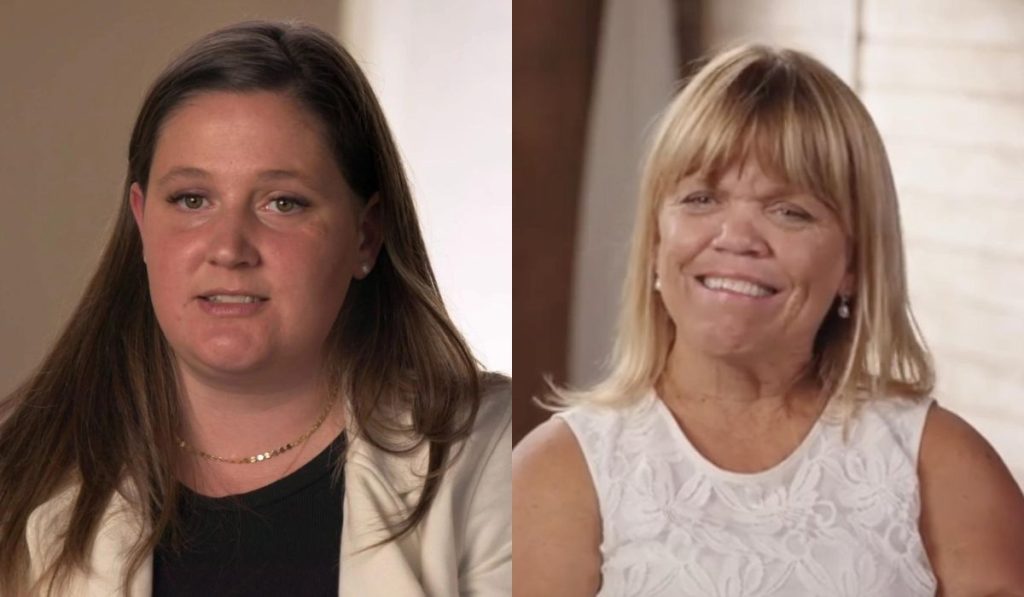 LPBW: Why Were Tori & Amy Roloff Fighting? All About The Secret Feud!

Amy Roloff is the binding house of Little People Big World. The mother of four has always tried her best to hold the family together and keep everyone intact. However, she is no magician as she also fell apart with her husband and family patriarch, Matt Roloff. However, Amy separated on the grounds of the ‘alleged’ cheating with the ‘farm manager’, Caryn Chandler, who is Matt’s current girlfriend now. Even Jeremy and Zach and their wives, Audrey and Tori, do not get along well due to ideological differences. Irrespective of the equation between family members, she has made sure to be in everyone’s good books because of her ‘family holding’ skills. However, the LPBW star Tori revealed something about her which holds power to change the common view!

LPBW: Tori Opens Up About Her Feud With Amy Roloff, Hopes For Everything To Be Okay!

Things have been a little haywire since the family patriarch, Matt Roloff, decided to sell the land. People who follow LPBW would know that the decision was the start of the major conflicts in the family. Although Matt and Amy had decided to pass the land to their kids as a legacy, things changed after their divorce. Little People Big World’s twin brothers Zach and Jeremy tried buying the land but could not afford it. Amid the feud, Zach moved to Battleground, Washington, with his family.

Irrespective of anything, Amy has always tried to maintain peace in the family. However, in a recent episode of LPBW, Tori opened up to the cameras about a fallout with mother-in-law Amy Roloff. The conversation spilled while the professional photographer was picking out a dress for a date night with Zach. Additionally, she also took her husband’s opinion on the same. Further, Tori revealed her closeness with Amy. The MIL and DIL due used to spend a lot of time together.

The in-law pair used to go shopping and hang out all the time. However, the LPBW alum confessed that she and Amy had a ‘rough patch’ a while ago. Additionally, the mother of three admitted that she hoped for a better relationship between her and Amy. The sudden information caught the producers unattended while scrounged for more info from the Little People Big World star. Although Tori did not speak anything ahead, it was a shocking piece of information.

LPBW: What Went Wrong Between Tori & Amy Roloff? Tori Feels She Needs To Change A Few Things In Herself!

The producers tried to enquire about the rough patch and its reason. Tori explained that when she became a mother, Amy often gave incessant and unsolicited advice, creating a rift between the two. She further enunciated that Zach interfered and tried to lighten the air. However, Tori’s favorite response to Amy’s advice remains, ‘I have seen your work, I live with your work’. She feels that she needs to be more receptive at times.

Tori and Zach have been through a rough patch this year with the long feud with Matt Roloff. The couple has cut off ties with him, especially his girlfriend, Caryn Chandler. However, the family patriarch feels Zach and Tori should look ahead and let go of the past. What are your thoughts on the feud? For more exciting news updates, stay tuned to TV Season & Spoilers.