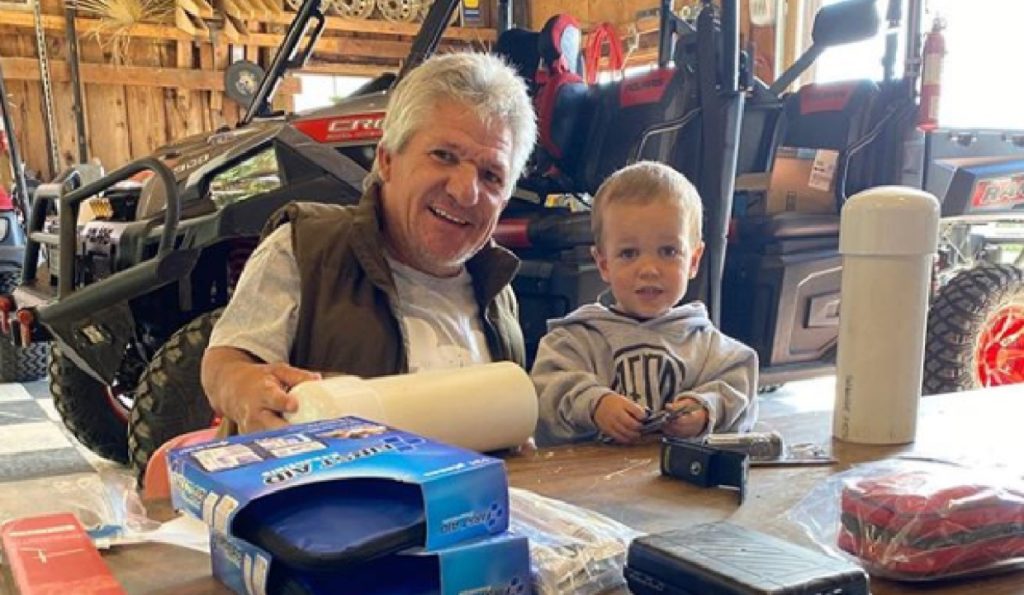 LPBW: Will Jackson Inherit Matt Roloff’s Farm In The Future?

Matt and Zach Roloff are the only stars from the Roloff family to feature in Little People Big World. Apart from them, Amy Roloff also showcases her life with her husband, Chris Marek. However, all other siblings, i.e., Jeremy, Molly, and Jacob, have bid adieu to the show. But things haven’t been good between the LPBW father-son duo either. That’s because they had a huge feud over the future of Roloff Farms. At last, Zach and his wife Tori ended up moving to a new property in Washington. However, some speculation suggests that Matt might just let his grandson Jackson Roloff inherit the land. Keep reading to unravel more details about this.

Although Matt Roloff is the sole owner of Roloff Farms, there is a lot of bad history attached to the family property now. Apparently, both his sons Jeremy and Zach were keen on living there and working to carry on the legacy. However, both of them couldn’t land the deal and are living in separate properties now. Therefore, the Little People Big World star has also put the farm on sale by wishing to sell 16 acres from it. Hence, this decision really upset the LPBW fans, who thought the farm would be a family heirloom.

However, in one of the old episodes, Matt Roloff had a capsule full of precious things. Apparently, he buried it on the Roloff Farms for his grandkids to discover one day. The LPBW star wanted to be in their presence as they did so. However, he wasn’t sure if he’d be able to do so and passes away until then. Hence, it was quite an emotional segment. But, this recap has made the LPBW viewers hopeful. In fact, they believe that there is a strong chance that Matt might just let his dear grandson Jackson (Zach’s son) take over the property when the time is right.

Yet, there is no confirmation about this as neither of the castmates has talked of the time capsule so far. Despite this, the LPBW fanbase’s spirit remains high.

The viewers are hopeful about Jackson Roloff being the next heir of Roloff Farms. However, Matt and Zach’s bond remains as strained as ever. Moreover, there are various hints about it on social media. As the world celebrated Father’s Day recently, Zach and Tori also put up wholesome posts regarding it on Instagram. Moreover, the famous wife couldn’t help but gush at her husband, Zach, for being a great dad. However, neither Tori nor Zach ended up sharing a single post about Matt Roloff.

In fact, ardent LPBW viewers remember that they often included Matt in their posts previously. However, it was different this year. Hence, the Little People Big World fanbase began blaming their farm feud for this. But, others argued that the father-son duo probably exchanged wishes off social media and didn’t post about it. Alas, these are merely assumptions, and there is no confirmation about it. Nevertheless, the fans are still hopeful that the family members will make amends with each other one day. Keep track of all the latest LPBW news through TV season & Spoilers.