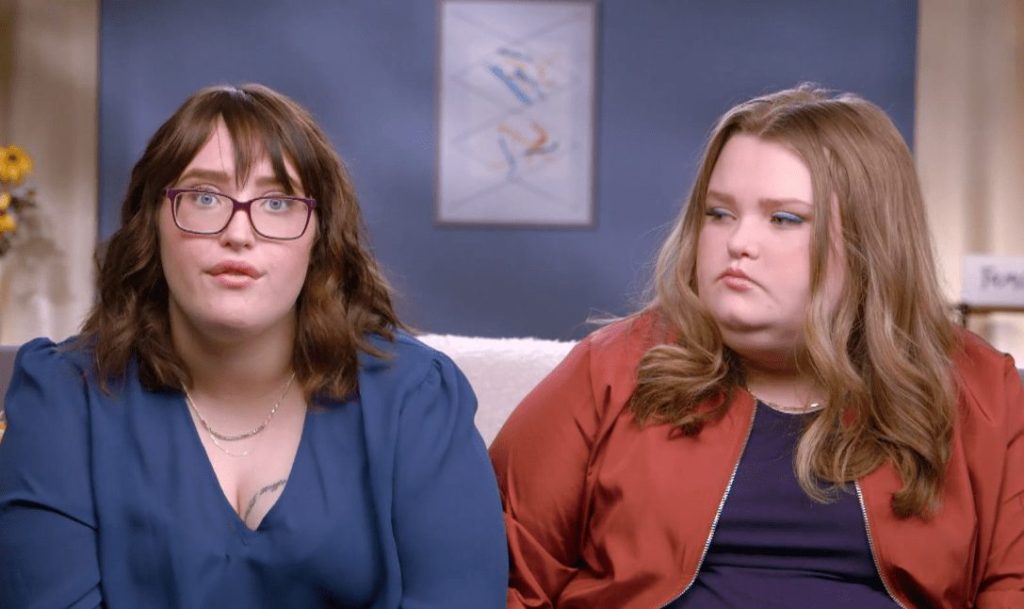 In Friday’s episode of Mama June: Road To Recovery, Pumpkin and Honey Boo Boo drove to Floride to meet Mama June and Geno. On the other hand, Sugar Bear was kicked out by his wife Jennifer on the doubt of cheating. Alana was excited to meet her mom. However, the teenager got a bit hesitant with the fact that Geno will also be there with her. Let us take a deep look at what happened.

Honey Boo Boo and Pumpkin were seen to be all set for the trip in Friday’s episode. Honey Boo Boo was excitedly packing her bag. But she becomes a bit hesitant after knowing that there will be Geno as well. The teenager says, “I don’t know how I really feel about that.” On the other hand, Pumpkin does not have much hope from the trip.

Although her husband, Josh helped her in packing the bag. Pumpkin confronted that she does not believe June as she never lives up to the expectations she set. Meanwhile, Josh is skipping the trip. He will now have to share the house with Pumpkin’s sister Jessica. On the other side, June and Geno prepare their home for June’s daughters.

Mama June: Jennifer Is Sure Of Her Husband Cheating With June

June has a lot going on in her life. And she can not afford to bring another mess. Fans do know that June is no more in any engagement with ex Sugar Bear. However, Sugar Bear’s wife Jennifer does not belives the same. She confirmed her doubt after seeing the picture where June has her newly done nails. Jennifer knows that she was with Sugar Bear.

But fans do know the truth. Sugar Bear was with Alana. However, he is now kicked out of the house. Sugar Bear has nowhere to go other than to knock on Pumpkin’s door. He then asks Josh whether he could stay. Although, Sugar Bear is allowed to stay in tent as the rooms are full.

Mama June: The Florida Trip Seems Not To Do Much Good To Anyone

Pumpkin and Honey Boo Boo went to Florida with the hope that they will be able to spend some quality time with their mother. However, when they reached, it was Geno who opened the door. It was a bit unwelcoming for them. Also, the daughters were not able to involve themselves with June and her boyfriend. Pumpkin feels disappointed after knowing that they had driven eight hours for having fast food, which her mother bought for them.

In the bed later that night, Geno tells June to be honest with her daughters. Geno talks to June about confronting Pumpkin and Honey Boo Boo that there are chances for them to get arrested ahead. Well, June refuses to do so and says Geno not to kill her vibe.

The next day, everyone goes by the beachside. Dailymail reports Alana not having a good time around again. Although Geno takes a step ahead to comfort her. He plays a game of catch with her. Geno then asks Alana about her friends. To that, June’s teenage daughter admits that she does not have many friends, as many were left behind when she moved with Pumpkin and Josh because of June and his fault. However, Alana was happy after talking with Geno and claims him to be ‘old Geno’ in a confessional. On the other hand, Pumpkin confronts June that she does not think things will ever be repaired between them.

Will Mama June Upgrade Her Living?

Pumpkin is not enjoying the trip to Florida. She is irritated by the way June is consuming fast foods and making them consume as well. Pumpkin is annoyed even more when she hears June saying that she will buy a house by the beachside. Mama June was definitely trying to lure Honey Boo Boo to live with her. However, Pumpkin confesses that she is old enough to know June’s truth, but her sister is not that mature. Pumpkin knows that her mother does not have enough money to upgrade the lifestyle. She accuses her of taking ‘toddler steps’ rather than ‘baby steps.’