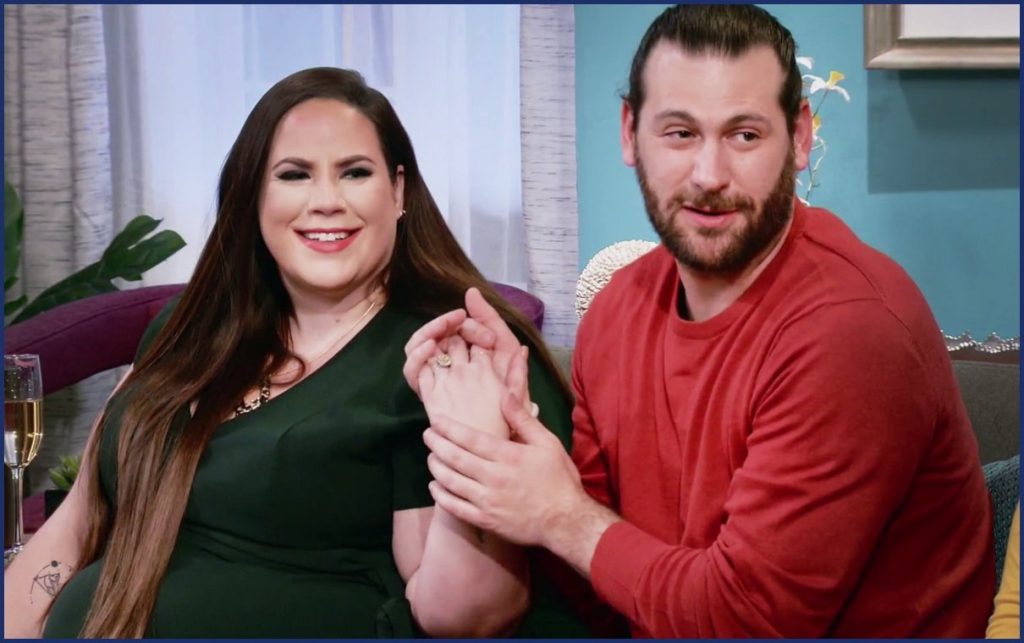 TLC’s popular show My Big Fat Fabulous Life is all set to return on the screen. However, its storyline is getting more messed up than its fans can ever imagine. After the controversial split of Whitney Way Thore and her ex-fiance Chase Severino, the latter is set to be back on the show. He is currently engaged to the woman with whom he cheated on Whitney and even has a child with her. On the other hand, Thore is stepping into another risky relationship. Here’s all you need to know about it.

Last year, the TLC audience got to know about the nastiest things that one of the network’s cast members has done. Whitney Way Thore publically broke off her engagement after her fiance, Chase Severino, cheated on her with another woman. What added to the shock value was the fact that this affair had ended in a pregnancy. So, a few months after the MBFFL couple broke up, Chase and his partner welcomed their daughter. Even after that, Thore managed to keep things calm and ended things with her ex on a friendly note.

She is still friends with him and even met Chase’s daughter in a previous episode. Now that she’s moved on, Severino is walking back into the show. However, he also has a piece of news to break out to his ex. TLC recently released a teaser of the upcoming season, featuring Whitney talking about how it’s been a year since her engagement ended. After a flashback scene, Chase is seen sitting in a cafe, waiting for Thore with a piece of news. He seems pretty nervous in the short clip, and it’s likely that he’ll reveal something very shocking.

Fans are speculating that this news can be related to Chase’s engagement with the mother of his child. Earlier this year, he dropped a hint on his social media that he and his partner have been engaged. The couple even bought their first house together and announced the news through a heart-warming Instagram post. So, there are chances that the “news” that Severino is about to break to Whitney in the teaser is related to his wedding. Well, as of now, we’ll have to wait to see what will happen.

Almost a year after her engagement broke off, Thore says that she feels like she’s at a starting point again. The MBFFL star is trying new things, focusing on herself, and getting her life together. However, she has also started dating another man. This new boyfriend caught a lot of attention when he appeared in one of Whitney’s Instagram posts. But she hid his face because he wants to keep his life private. As per the first trailer of the new season of My Big Fat Fabulous Life, the new love interest is a French man.

He was Whitney’s French tutor, and things slowly turned romantic between him and Whitney. So, they started dating and have been in a long-distance relationship since then. When Whitney insisted on meeting, her new man refused. So, she is now ready to go all the way to Paris to see him for real. In the pictures, she seems really happy with her current boyfriend. But her fans, friends, and loved ones already see some major red flags. While wanting to hide his face is already odd, fans also think that this French man is already neglecting Thore’s feelings. My Big Fat Fabulous Life’s new season is set to hit the screens on August 17, 2021.

What do you think about Chase Severino’s return to My Big Fat Fabulous Life? Do you think that Whitney’s new man is the right choice for her? Share your views in the comments below. Also, stay tuned to TV Season Spoilers for latest MBFFL updates.