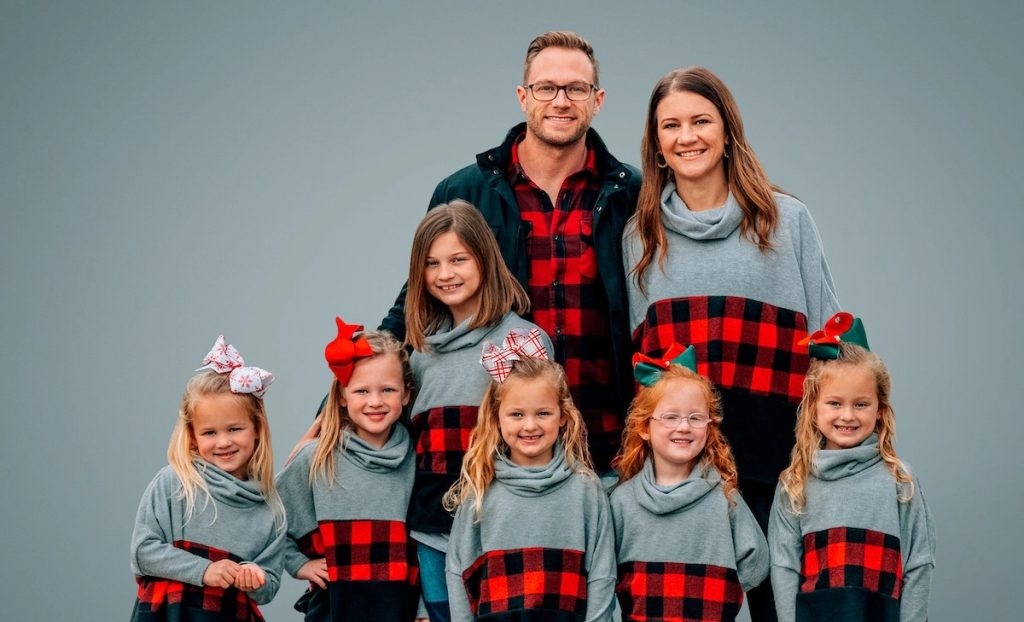 TLC: ADAM AND DANIELLE WITH THEIR GIRLS
News

OutDaughtered: Danielle Reveals SNEAK PEEK As Family Gets Ready For Shoot After Years

It’s been a long time since fans have seen the Busbys on screen. Adam and Danielle are proud parents of six girls. Viewers have seen all the ups and downs that the family has been through. And have always loved their show, OutDaughtered. One day the family made a big statement about their choice to take time off from filmmaking. Fans are eagerly waiting to see their favorite family filming again. However, as promised by the Busby couple, Adam and Danielle have never failed to update their fans through Instagram. Recently, the Busbys had a family photoshoot done. Please keep reading to know about it.

Although Adam and Danielle never fail to update their fans about everything they do. However, it’s been a long time since they had a family photoshoot. They finally had one done, and it seems they truly enjoyed it. Recently, Danielle took to Instagram to post pictures from their photo session. However, she is yet to reveal all the pictures. The OutDaughtered mom shared two pictures from their photoshoot. The opening picture shows Danielle and Adam standing, holding each other’s hands. They seem twinning with each other as they both wear blue. However, the next picture consists of a complete family. The girls also seem matching to one another as they wear similar dresses.

Danielle also added an emotional caption to the post. She says that she just had a sneak peek at their photo shoot. Danielle loved that she managed to dress up all and appreciated their cooperation. Adding to it further, she said they often take pictures, but it has been a while since they had a family photoshoot done. And that she is looking forward to seeing all of them. Fans also appreciated the post and posted their comments on it. While many were concerned about the Busby family’s comeback

and said that they missed the show.

OutDaughtered: Adam Talks About A New Chapter Of Their Life

Previously, Danielle posted an impromptu photo session with her pretty daughters. The post had a bunch of different photos. In some pictures, the family was posing at the camera, some were captured candidly, while some captured the girls’ facial expressions. Fans thought Danielle was referring in her post to how imperfect some of the pictures were, as she mentioned in her caption. Danielle penned a caption describing how their lives were far from ideal. But they remained committed to the road God had laid out for them.

Adam Busby gushed over how amazing his wife’s remarks were in response to her post. But he also used the opportunity to tease followers with a “new chapter.” In less than 12 hours, his comment was liked by many, and he also replied by asking about the new chapter. Also, followers started making assumptions. They thought that it might be about their comeback. At the same time, others assume that the couple has finally decided to adopt the son they always desired. However, there was no response from Adam. Fans are still hoping for the show’s comeback to air soon for the time being. Stay tuned to TV Season & Spoilers for more updates.