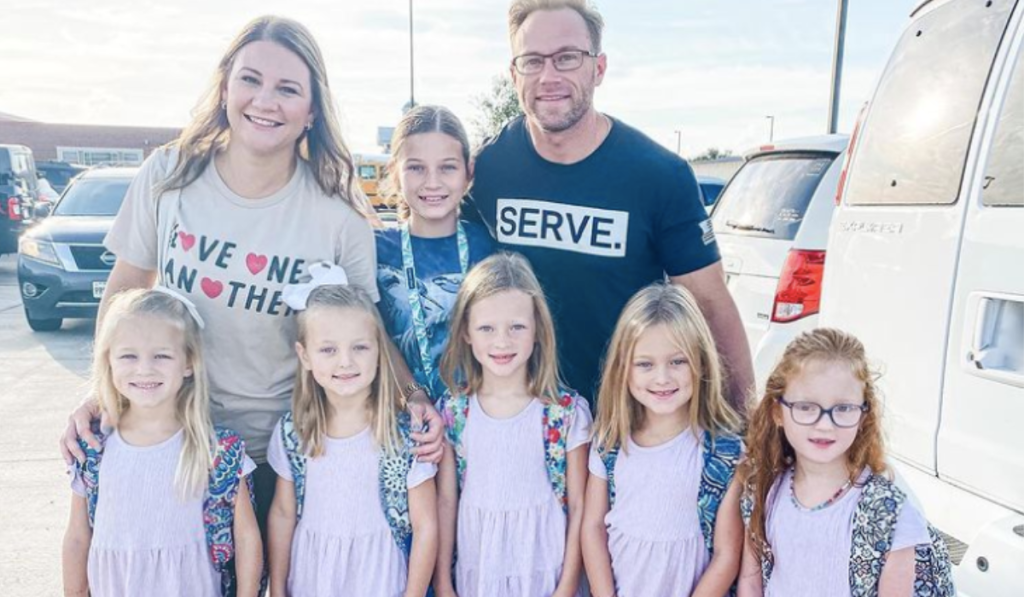 Adam and his wife, Danielle Busby, continue to amaze fans by taking care of their six daughters with ease. The quint family first became popular through their TLC show, OutDaughtered. They continued to star in the show for nine seasons until they announced their hiatus quite recently. However, many fans have been speculating that something is cooking among the Busbys. And they might just announce their return on TV again. In fact, Adam Busby has hinted at this very thing through his social media handle! Keep reading further to know all the answers to this.

OutDaughtered: Adam Busby & His Family Returning On The Show On A New TV Network?

The OutDaughtered family has created quite an impact on the TLC audience. Everyone is fascinated by the quint family and keeps track of their everyday life through Adam and Danielle’s social media handles. Lately, the famous mother has made quite an emotional post about her family going to church and clicking a lot of pictures. While talking about opening oneself to the path lord has decided for them, Danielle got a lot of praise from the fans. With this, her husband, Adam, also wrote something interesting in the comment section.

He talked about the Busby family beginning a “new chapter” in their lives. However, it was quite unclear to the OutDaughtered fans as to what he was talking about. Many speculated that this phrase could signify that the Busbys might be switching TV networks in order to return for the show. But there is no confirmation of this fact. It is just a theory going around the internet. A lot of fans bombarded their comments section asking for an update about their return to TV screens. However, the Busbys have not yet engaged to any of these questions yet. So, fans will have to wait for an official announcement to know for sure.

OutDaughtered: See Behind The Scene Photos From The Busby’s Recent Filming

Adam and Danielle Busby took to their YouTube handle to make an important announcement. They finally revealed the reason why they didn’t return to TLC. It turns out that things finally returning to normal took a toll on the Busbys. Hence, Adam and Danielle wanted to take a break from filming. Adam also insisted that the couple wants their kids to lead a life away from the camera, to endure normalcy in a correct manner. They didn’t know when they would return to everyone’s TV screen as they wanted to focus on their life away from it.

However, Danielle has exposed her quints to the world of filming and shooting again. The Busbys were in their boutique, and there was a big camera crew with them. Well, they aren’t returning on TLC. Apparently, the little girls will be participating in a modeling show for their Graeson Bee Boutique. In fact, it is going to be a “holiday fashion show”. Hence, they were also getting coached for the same. Keep coming back to TV Season & Spoilers for the latest OutDaughtered updates.