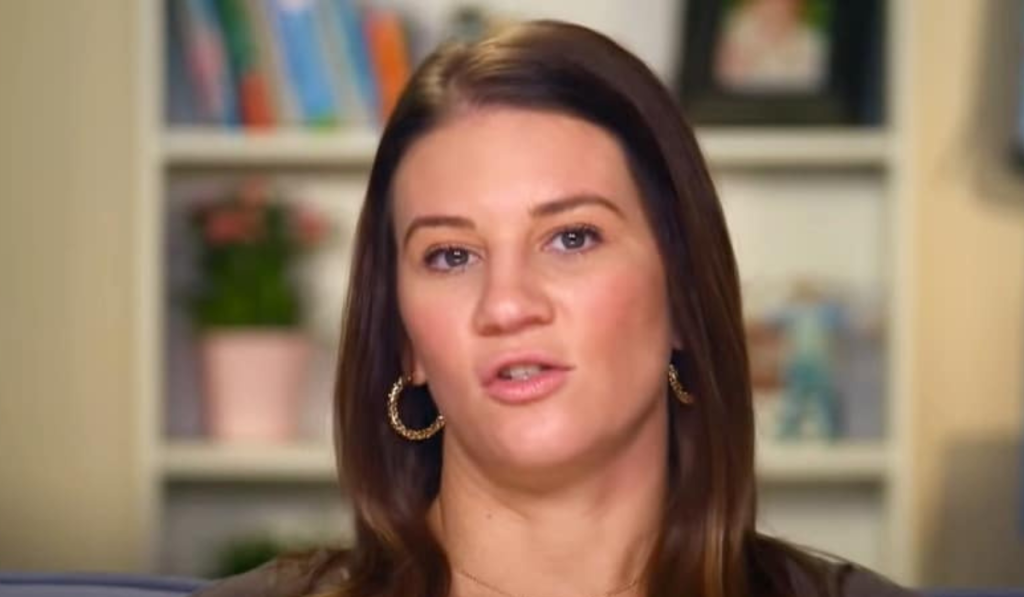 OutDaughtered Mom Danielle Slept In “Tequila” Tshirt While Her Kids Were Around!

Danielle Busby is a fun person to be around. The mother of six is outgoing, outspoken and often makes the day by doing something crazy. Moreover, her enthusiastic nature toward life is always appreciated. The Outdaughtered star also enjoys light humor to keep herself sane from the mundane life. However, there have been times when the other went over the board. Hence, the fans didn’t like it. And now, when the viewers notice that the mother slept in her “Tequila” shirt. They wonder what message she could be sending her kids. Tune in with us to find out.

OutDaughtered: Danielle Slept In Her “Tequila” T-shirt! Setting A Wrong Example For The Kids?

Often the TLC viewers have caught the parents getting extra towards their children. Due to reality TV, the couple is exposed to a lot of people and other things that might distract them. Hence, fans often wondered if the parents could be sending a harmful message to their younger ones. The OutDaughtered audience has noted that Danielle and Adam let their kids have all the luxury. Therefore, such encounters might make the children immune to an “extravagant” lifestyle. Likewise, per the fans, the kids often show off expensive brands and goodies.

Meanwhile, in the latest Instagram story, fans are upset over something else. As usual, the OutDaughtered star recorded her morning snaps for her followers. By the time, she didn’t realize that she was wearing a t-shirt with “Tequila” written over it. Then after a few stories, Danielle herself acknowledged and wrote, “Omg, just realized the shirt I slept in.” Though the mother laughed it off, fans didn’t like it. They expressed that the Busby mom was around her kids, and the t-shirt might send a wrong message. Similarly, many wrote that normalizing such “words” could be dangerous for kids.

Besides, the children tend to copy the adults, and learning the word “tequila” could encourage them to try it. However, other OutDaughtered fans demolished such frantic reviews. The other batch stated the parents know what they are doing, and people shouldn’t be policing them over small things. Likewise, Adam and Danielle are aware of what can harm their children. Hence, making an issue of something unnecessary is not worth it.

Adam and Danielle get a lot of criticism from some people. However, the couple is just trying to communicate with the followers. Moreover, some genuine OutDaughtered fans do love getting updates on a regular basis. Recently, the mother decided to give her kids a wild and fun adventure. Well, Danielle has always been the supermom, and she does everything with such ease. The mother of six got paint colors and gave them to the quints to play with.

The situation then transitioned from normal to “wild.” The quints put colors on their friends and siblings. Likewise, Danielle then sprayed water on them. Meanwhile, Adam was surprised to see his wife letting the kids go wild. He even praised his wife for having such guts. Well, do you think it was wrong of the mother to wear the “Tequila” t-shirt around the kids? Tell us in the comments below. And stay tuned to TV Season & Spoilers for the latest updates on OutDaughtered.