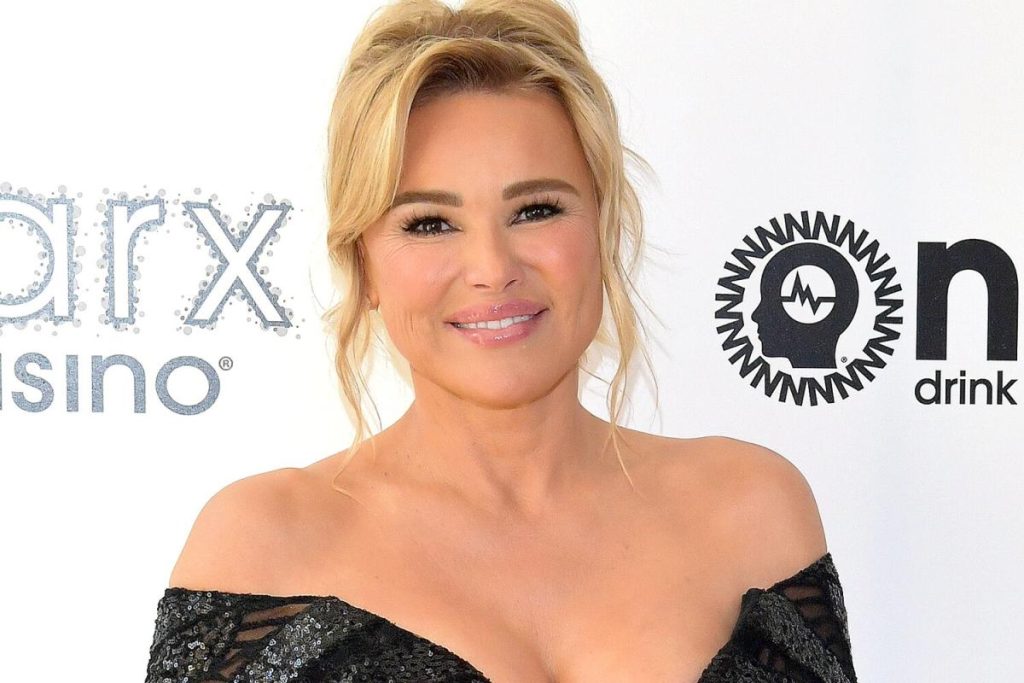 The RHOBH star Diana Jenkins debuted in Season 12 as a full-time Housewife. From 1999 to 2011, she was married to British banker Roger Jenkins. With him, she shared parenting of their children, Innis and Eneya. Meanwhile, Diana and her current partner, Asher Monroe, are parents of their 2-year-old daughter Eliyanah. Sadly, the Real Housewives Of Beverly Hills star experienced a miscarriage, which was discussed in detail in Season 12. However, recently, Diana revealed good news. Jenkins and Monroe are expecting their fourth child. Keep reading to know more about it.

RHOBH: Diana Is Expecting Her Fourth Child With Asher Monroe

The Real Housewives of Beverly Hills star Diana Jenkins has made a big announcement. She and her fiance, Asher Monroe, are expecting another child. Her appearance on the latest season of RHOBH marked her debut on the franchise. Viewers received a behind-the-scenes glimpse at her lavish home life with Asher and their 2-year-old daughter Eliyanah Monroe. Diana also has two elder children from a prior relationship with her ex-husband Roger Jenkins. With their little daughter at their side, Diana and Asher enjoy their lives.

The delighted family is now embracing a new addition. A source for Diana just verified that she is “a few weeks pregnant” after she missed the People’s Choice Awards. She is on bed rest despite feeling terrific, according to the source, due to her medical background. They also mentioned her and Asher’s “happiness” at the announcement of the pregnancy. Jenkins reacted to one supporter who reached out to her after the pregnancy announcement became viral. She posted in the Thanksgiving post’s comments section, “Long way to go but thank you”.

RHOBH: Diana Opened Up About Her Miscarriage In Season 12

In the latest season of RHOBH, Diana opened up about having a loss during her fourth pregnancy. She went to see her doctor for advice after learning she was expecting and was informed the baby had died a few weeks before. To prevent infection, she was compelled to deliver a stillborn. Diana and Sutton Stracke got into a fight over a difference of opinion over the news. The latter spoke out to Diana about her previous miscarriage in an effort to build a relationship. But Kyle Richards intervened and disputed Sutton’s assertions.

Following the argumentative confrontation, Kyle received criticism from RHOBH viewers, who were turned off by her conduct. Sutton tried to connect with Diana, but it didn’t work, and the latter continued to have problems with her all across the season. Diana once made Sutton cry by laughing after Erika Jayne had previously called her the c-word. However, Erika and Diana both laughed as Diana continued, “But you are”. Viewers of the show were outraged by the cruel girl incident because they thought there was too much bullying going on.

Diana had a significant amount of explaining to do when the RHOBH Season 12 reunion rolled around. But after testing positive for COVID-19, she appeared virtually rather than physically. Diana made an effort to explain why she had problems with Sutton and Garcelle Beauvais. But her justification that the word “evil” is more offensive than the c-word fell flat with the audience. Many people have demanded Bravo fire Diana from RHOBH. However, it is unknown whether she will return to Season 13. Viewers of the show will hopefully be able to follow her and Asher’s pregnancy journey if she succeeds. Maybe having a child may help Diana get more supporters following her disappointing season. For all the latest RHOBH updates, keep coming back to TV Season & Spoilers