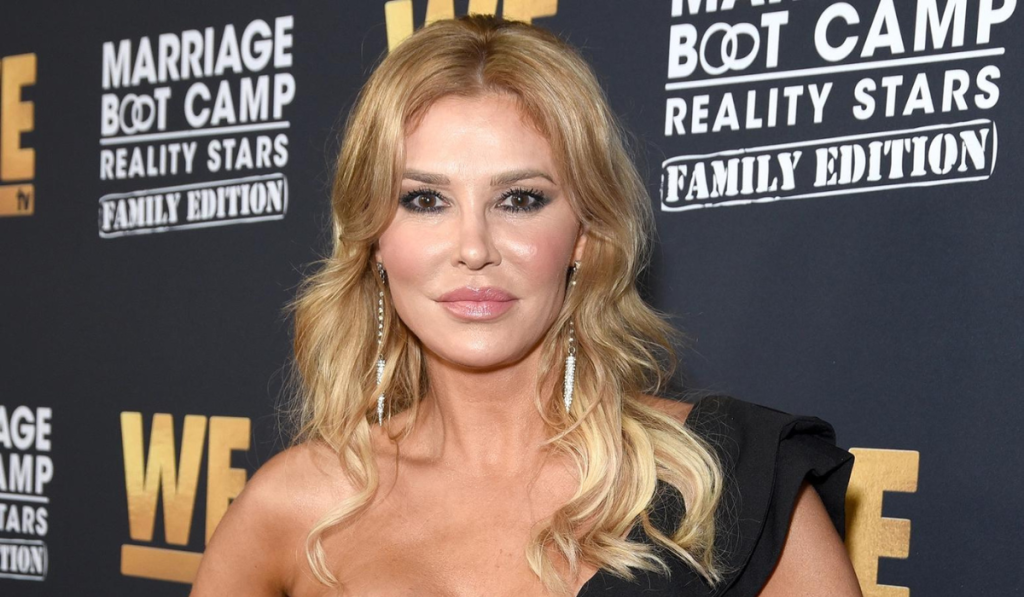 Brandi Glanville doesn’t know where to draw the line. The reality celeb has been in the heat for making obnoxious comments in the past. Hence, she continues to do so. However, sometimes her words can sting like a jellyfish, but the RHOBH celeb doesn’t stop. Besides, the Real Housewives viewers believe that she’s ruthless. And doesn’t care about other people’s emotions. Likewise, the same happened when the mother went to rage text her son’s ex-girlfriend. She went a little too extreme this time. Tune in with us to find out.

RHOBH: Brandi Glanville “Not Sorry!” For Texting Her Son’s Ex-Girlfriend

The RHOBH audience must remember when Brandi Glanville got into an argument with Taylor Armstrong. The two women spitted utter hate on each other while on The Real Housewives Ultimate Girls Trip: Ex-Wives Club. Well, the reality celeb argued about who did better on the reality show Beverly Hills. Hence, responding to Taylor’s accusation, “little cinnamon stick in a successful pot of water,” Brandi did not hold back. Glanville slapped back by bringing Armstrong’s ex-husband into the scene, who committed suicide. Therefore, one should know when they are coming to Brandi. She will hit four times stronger. Though Glanville’s action isn’t justified, she lives by that rule.

Similarly, the RHOBH celeb was taken away by his son’s grief a few days back. Her son, Mason, was in a relationship with Bella Bernhardt. However, they didn’t go along, and later Bella ended the relationship. Brandi rage texted her son’s ex-girlfriend, and now Bella revealed what was in the text. Bernhardt posted a Tik-Tok while lip-syncing to “Because I liked A Boy.” Bella claimed that Glanville texted her and threatened her to stop messing with her son. Bernhardt shared the message, “Leave him alone and let him heal!” The text also included, “You don’t wanna f**k with my crazy.”

Meanwhile, Bella responded that she told Mason she would completely be gone from his life and let him heal. However, Glanville’s son begged his ex-girlfriend not to do that. Similarly, Bella also noted that she is going through it and dealing with things. Hence, she is not a bad or malicious person as Brandi sees her. The 19-year-old concluded her story and stated that it was blindly inappropriate for the RHOBH alum to reach out like this. However, on Wednesday 17, Glanville tweeted, “Not Sorry! Mama Bear For Life.” The fans believe that the reality celeb hinted at this particular incident.

This isn’t the first time Brandi stoop so low. The audience has always slammed her for her notorious ways. When the Taylor Armstrong incident happened, the cast members were shocked to hear what Brandi said. Likewise, the Real Housewives of Atlanta acknowledged that that was the most disgusting thing Brandi has said.

And now, looking at the way she responded to her son’s teen ex-girlfriend, the personality doesn’t suit her. Well, what do you think of Brandi Glanville’s acts? Tell us in the comments below. And stay tuned to TV Season & Spoilers for the latest updates on RHOBH.