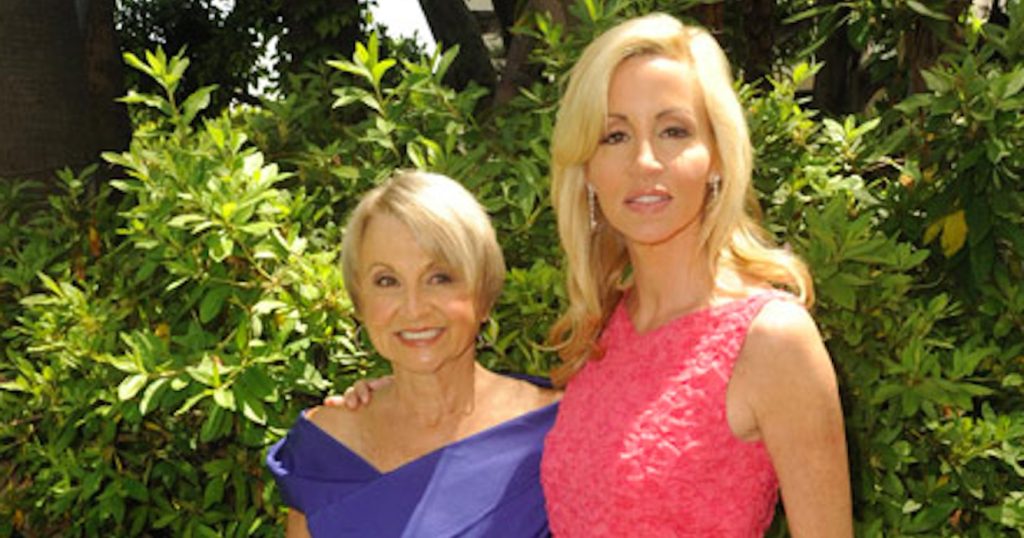 The former Real Housewives Of Beverly Hills star Camille Meyer is a cancer survivor. Meyer started her battle with cancer in 2013. She underwent chemotherapy and radiation treatment after the operation and was given the all-clear. Sadly, her mother, Maureen Donatacci, also had cancer. Unfortunately, we lost her. Meyer has been cherishing every time she had with her mother and reflecting on their wonderful memories, despite how tough this must be for her and her family. Maureen Wilson Donatacci, the mother of Camille Meyer, has passed away. The former RHOBH personality revealed the tragic news on social media.

A former Real Housewives of Beverly Hills celebrity’s mother has passed away at the age of 75. Maureen Wilson Donatacci lost her life on December 17, 2022, according to Camille Meyer, who shared the news on Instagram. Meyer paid tribute to her mother with an Instagram post and wrote, “My mom received her angel wings today,” with several old photos of her and the late matriarch. Moreover, she wrote that her mother was a strong, beautiful warrior who fought to the very end. And that her strength and endurance were an inspiration to so many. She also told that her mother lived her life to the fullest. Her love and sense of humor made them feel better during difficult times. The popular RHOBH star wrapped the caption and said she loves her very much and will miss her every day.

During Meyer’s time on the Bravo television show, Wilson Donatacci made a few appearances in Real Housewives Of Beverly Hills episodes. Meyer’s mom organized fundraisers to spread awareness of cancer. So, this was among her unforgettable memories. Former co-stars sent their sympathies in response when Meyer shared the post. Kyle Richards responds by saying she feels sorry for her loss. Whereas the former costar Yolanda Hadid commented, “Sending love to deal with the difficult time”. “Camille I’m sending my love to you and your family. I am aware of her struggle. What a lovely woman,” Real Housewives Of Beverly Hills alumna Eileen Davidson wrote.

RHOBH: Meyer Has Been A Cancer Survivor Herself

Donatacci had previously received a cancer diagnosis. Meyer acknowledged the decline of her mother’s health in a November 2021 Instagram caption. However, in September of this year, Camille posted a picture with her mother just before her 75-year birthday. The former Bravo personality claimed in that same post that her mother has “been battling kidney and bladder cancer for years now”. A representative for Meyer confirmed that Donatacci had “succumbed after a long and brave struggle with cancer”. The statement was provided to People, adding that she passed away “peacefully at her residence in New Jersey today morning surrounded by family”.

The representative said, “Camille and her [mom] were both suffering from ‘genetic’ cancers”. Moreover, they added that the women were soldiers for the cause for the last decade. Meyer had already fought cancer twice. Over the course of her life, Maureen received diagnoses for ovarian, colon, and, most recently, bladder cancer. Meyer started her own battle with cancer in 2013. Endometrial carcinoma, a kind of uterine cancer, was identified as stage II in her case. She had a “radical hysterectomy,” a procedure that involves the removal of her uterus and reproductive system. Moreover, Camille had chemotherapy and radiation treatment after the operation and was then given the all-clear. For all the latest RHOBH updates, keep coming back to TV Season & Spoilers.