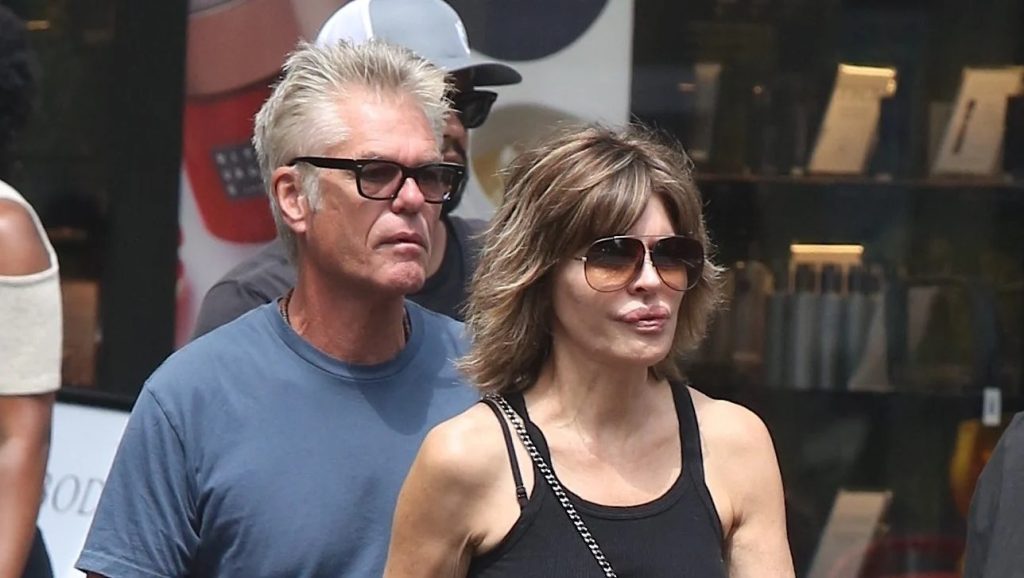 Lisa Rinna might have exited the show, but the Real Housewives Of Beverly Hills drama seems to follow her. A few weeks back the regular cast member called it quits with BravoTv for RHOBH. The decision came after her contract with the channel expired. Additionally, the American actor had her businesses, Rinna Beauty and newly launched, Rinna Wines to look after. Hence, she and BravoTv mutually decided to not renew her contract. It is the longest she has held onto a show in her entire 35 years of career. Lisa departed after filming eight seasons of the show. The next season’s shoot is to start soon with the previous season’s members. The channel has not yet announced any addition to the cast. With the reasons for exit being discussed widely, Rinna’s husband, Harry Hamlin spilled a secret!

RHOBH: Harry Hamlin Says Lisa Rinna Might Have Still Been A Part Of The Show If This Co-Star Had Not Lied!

Everyone has felt bits on Lisa’s departure, a few good and others bad. While the BravoTv executive expressed unhappiness over the former RHOBH cast member’s decision. He also hopes that it is temporary. Andy Cohen openly said that people love seeing her on-screen and that the doors of the show would always remain open for her. On the other hand, Harry Hamlin, Rinna’s husband was quite supportive of his wife’s decision. He felt that it was the right time and choice for her to leave the show. Additionally, he believes that one has to change a continuous routine and it was time the Rinna Beauty founder did that.

The reality-tv star Lisa Rinna quoted the reason for the exit to be her business obligations. Over the weekend, Harry Hamlin was present in Park City, Utah to attend the 2023 Sundance Film Festival. He also attended on Saturday which was meant to honor the Creative Coalition Spotlight Initiative. However, a PageSix

source happened to have overheard a conversation Harry had regarding his wife’s exit from Real Housewives Of Beverly Hills. He was speaking a few co-attendees wherein he revealed that Lisa Rina might have still been on the show if Sutton Stracke had not lied.

The RHOBH cast members had a feud over Elton John’s Oscar party. Sutton claimed that she had given the tickets to co-star Lisa Rinna and husband, Harry Hamlin. Additionally, she said that the duo did not even thank her for the tickets and that’s when a major argument took place between the two. Although, Harry stated that it was IMDb which had provided the couple with the tickets and not Sutton. Former RHOBH cast member also showed the tickets as a proof but the production did not show it in the reunion.

Harry Hamlin confessed that Sutton Stracke had invited him and his wife over which is why they sat together in the evening. Additionally, he said that the former RHOBH cast member would have still be on Real Housewives Of Beverly Hills. However, the audience chose to believe Sutton Stracke and not his wife, Lisa Rinna. Although, the Bravo boss, Andy Cohen did not show the ticket receipts in the reunion. Further, even he had confirmed that there was something related to Elton Johns AIDS Foundation Party in the envelope.

However, there are many things to cut down for every episode. It seems like Lisa Rinna’s proof was the cut down part, if it happened. Harry Hamlin also said that he is working hard, day and night so that the reality-tv star does not have to work. What are your thoughts on the this? For more exciting news updates, stay tuned to TV Season & Spoilers.