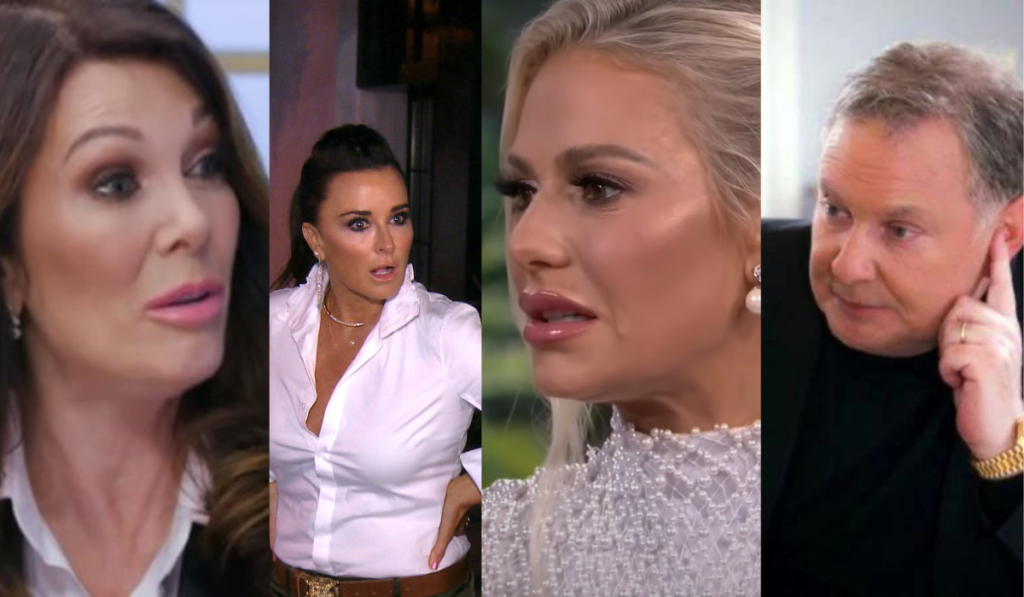 Whenever there’s drama, Kyle Richards has to step in. And when Dorit and PK Kemsley’s home invasion happened, each RHOBH star had their theories. And some of it was full of lies. Similarly, the long-lost friend Lisa Vanderpump reached out to her closest PK Kemsley. However, Dorit and Kemsley denied receiving a text. So, the OP Vanderpump is slapping back all the claims now. Lisa slammed Kyle Richards and the Kemsleys at once. Tune in to find out.

RHOBH: Lisa Vanderpump Shows Up The Text Message She Has Sent To PK Kemsley!

Dorit and PK’s home invasion garnered attention and fear from the Real Housewives fans. More so, Mrs. Kemsley cried hysterically when asked about it. Though, many feel that the burglary was staged. Meanwhile, at WWHL, the host asked Dorit if she had received a text message from her friend, Lisa Vanderpump. The RHOBH star denied it and claimed she had not. On the contrary, Lisa took to Twitter to share the screenshots, proving that she did reach out to her friend PK Kemsley as she is the closest to him. Therefore, everybody claimed Lisa was a liar.

In addition, Kyle Richards stirred the pot and called Lisa “crafty” for tempering the screenshot. Now, talking to PageSix, Vanderpump has turned the allegations upside down. And the queen is in her cards. Lisa recalled Richard’s words and said she would love to take the “crafty” slag because that means “smart.” But, she wasn’t done and showed the actual text message. Lisa unlocked her phone and displayed the proof. The proof revealed that Vanderpump reached out to PK three days after the robbery.

The message says, “I’m so sorry to hear what transpired. Glad that you’re all safe.” Similarly, it also showed that the Imessage was delivered, and neither of the parties was blocked. Therefore, now, the truth is out in the open. And the RHOBH will have to decide who they want to side with. Similarly, Lisa’s revelation has put Dorit and PK under the heavy supervision of the audience.

Though Kyle Richards is always upfront when it comes to drama, she is cunning enough to decide when to take the step back. When PageSix reached the Real Housewives Of Beverly Hills celeb, they asked her to take on the situation. Richards then voiced that she was not sure how Lisa could show a text, but at the same time, the Kemsleys could not.

Similarly, Vanderpump claimed that she did not reach out to Dorit because she was more comfortable reaching her former friend PK. Amid that, Lisa claimed that the RHOBH stars always come at her. And because of the drama, she left. However, she has moved on from it and doesn’t have time for negativity. Who do you think is right here? Tell us in the comments below. And stay tuned to TV Season & Spoilers.