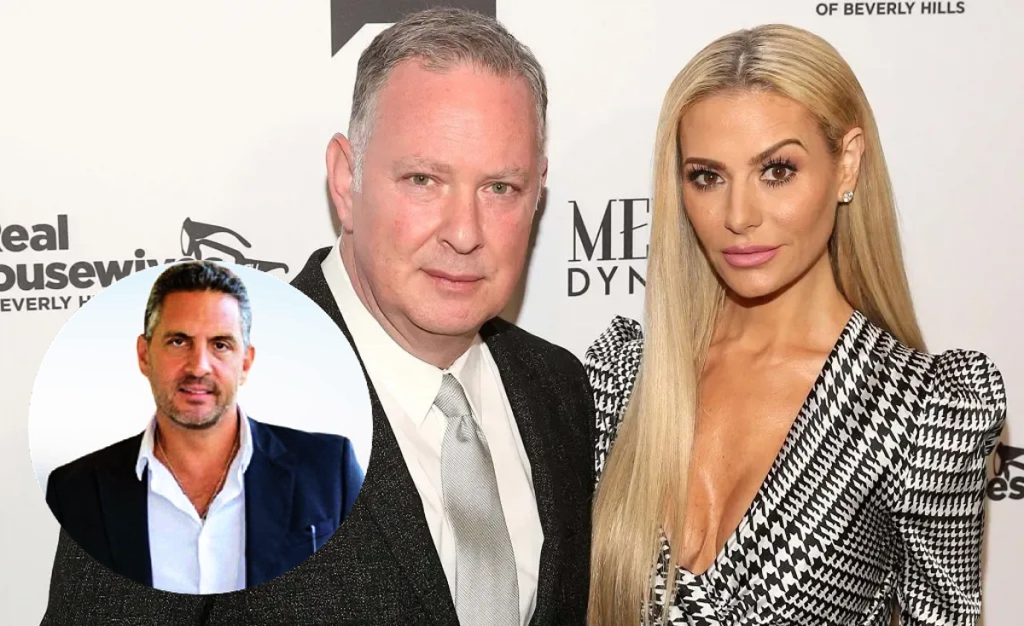 RHOBH: Paul Kemsley Makes Fun Of Umansky Over AFFAIR With His Wife

The Real Housewives Of Beverly Hills and drama certainly go hand in hand. Most of the time, it’s the ladies that grab all of the attention. However, this time, the two gentlemen from the show were all over the internet after they had a funny conversation. Paul Kemsley and Mauricio Umansky are hitting the headlines for the right reasons. They are the husbands of the RHOBH stars Dorit and Kyle Richards, respectively. Previously, a rumor took over the internet about Dorit and Umansky’s affair. And now, Dorit’s husband Paul is ready to react to it. Keep reading to know the details.

The RHOBH stars Dorit and Umansky’s alleged affair has kept the internet entertained these days. Fans were highly intrigued to know about this strange theory. For the uninitiated, it all started at a party. Paul, Umansky, Dorit, and Kyle are good friends and often catch up. The four stars hit a party where Paul asked MU to tell him who looked more beautiful. Umansky replied that Dorit’s dress was nice. He found Erika’s dress a bit too short. Kemsley again asked him, curious about his reply, and he told him to take one name. To which the star said his wife Kyle was the best.

However, Paul was not satisfied with his answer and asked him to take another name except their wives. He quickly answered, ‘your wife.’ Fans have since then been setting MU and Dorit together. Lately, the RHOBH star had a guest appearance on ‘Watch What Happens Life.” A fan asked Dorit about her affair with Umansky. She quickly answered that all these were worthless rumors and that everybody had taken a joke seriously. Paul added to the situation by suggesting that his wife has steak, so she wouldn’t want a cheeseburger. His reply made the audience burst out in laughter.

The RHOBH Star Dorit has cleared most of the fans’ doubts in the latest Watch What Happens Live episode. Dorit and Paul have been happily married since 2015. The couple dated for a while and ultimately tied the knot. Likewise, Kyle and Umansky also have a very strong relationship. They have been married for more than two decades now. The couple tied the nuptial knot in 1996. As the rumors of Dorit and MU were swirling up on social media, she quickly washed everything off, making clear that she had not cheated on her husband. When the host, Andy, asked about the rumors, Dorit mentioned they were gross.

She referred to them as “annoying as f***.” Dorit also mentioned that she wanted to clear the air and stated that there was nothing between her and MU. Previously, the star fired back at one of her friends Dana Wilkey, who accused her of having an affair with a real estate agent. What do you think about these rumors? Tell us in the comment below. Stay connected to TV Season & Spoilers for more updates on The Real Housewives Of Beverly Hills.