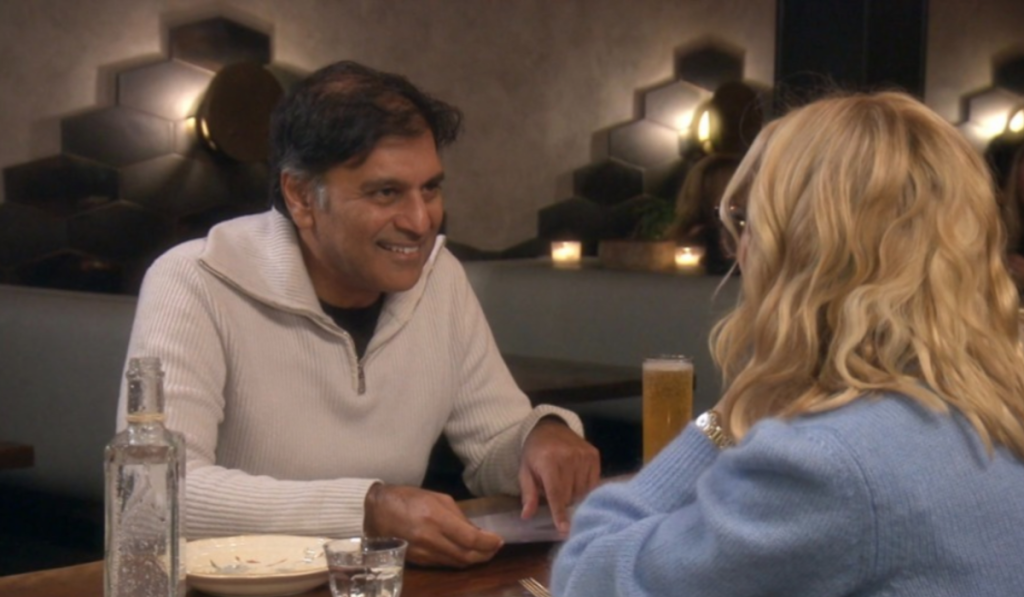 Sutton Starcke is finally putting herself first. The reality celeb has been single for a while. Moreover, her dating history doesn’t include many men. So, when love struck her door, she decided to give it a chance. The RHOBH star is going on dates, and it looks like she has found the one. The latest date was with the jeopardy star, Sanjit Das. It caused a wave of emotions among the Bravo fans. However, the two dates she went on were played out to be awkward. Many wondered if Sanjit would agree to a third date. It looks like the ball is in Sutton’s court now. She just made it official. Tune in to find out more.

RHOBH: Sutton Starcke Announces That The Jeopardy Star Is Her Boyfriend!

Sutton Starcke has a warm personality. She is charming and doesn’t like to start a fire. Besides, she seems to be a one-man woman regarding her love life. The reality star spent 17 years with Christian Starcke until they had a fallout. After that, she was with Michael, but he dumped her before Valentine’s day. Hence, the RHOBH star then looked for a deal-breaker. And that’s when Starcke and Sanjit met on the dating app Bumble. The two went on two dates, and where the second one turned out to be awkward. At first, they went to have beer and wine. However, things weren’t clear, and Das and Starcke shared an awkward kiss.

Meanwhile, while ordering food, they had their differences. Sanjit wanted something “spicy,” while Sutton looked for something subtle. Due to these incidents, Sutton wasn’t sure about a third date. However, it looks like Sanjit and Sutton have made it more than a third date. Taking to Instagram, the reality star posted a selfie with her boyfriend. The couple smiled at the camera, and the fans went crazy. The RHOBH star wrote alongside the picture, “Good things do come out of #rhobh.” So, fans are now shipping the pair with “SUNJIT Stan.”

Sutton Starcke’s love life is now on track again. And now, the fans speculate that she will be super happy. Before that, the RHOBH viewer also wants to know how the Jeopardy star treats her. Meanwhile, there’s a wave of happiness in her life right now. A few days before, the Bravo celeb shared on her social media that she had successfully taken her children to college. One kid has gone to Charleston and the other to Virginia. Hence, Starcke is proud of her kids and her parenting skills.

Fans are happy that Sutton is doing great while co-parenting. The RHOBH celeb shares kids with her ex-husband, Christian Starcke. Meanwhile, the mother looks extremely happy in the picture. Viewers stated that they wish well for the children’s future. Stay tuned to TV Season & Spoilers for the latest updates on Real Housewives Of Beverly Hills.