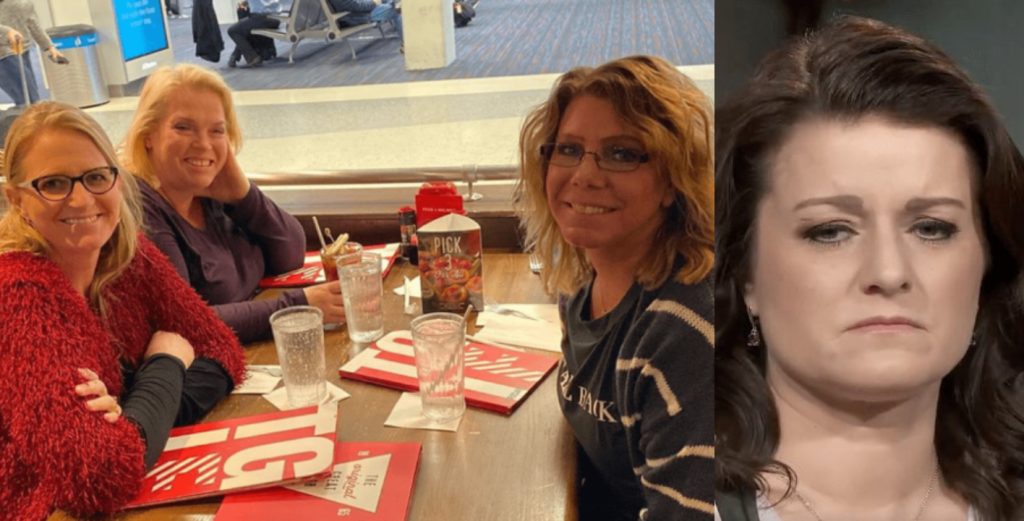 Robyn Says The Sister Wives Are ‘Messed Up In The Head!’ Fans School Her For Offensive Remark

As the new Sister Wives season began premiering on TLC, things are very dramatic this time around. In the last few episodes, viewers saw Christine make up her mind about leaving Kody. Although he was reluctant, he went along with it. The other Sister Wives, i.e., Janelle, Meri, and Robyn are also reacting to the same. It has been quite obvious that Kody Brown has a preference, and he always favors his youngest wife. While defending her husband’s reaction, the fourth wife finally made an alarming statement. Keep reading to know all about it in depth.

Sister Wives: Robyn Thinks Kody’s Other Wives Are ‘Messed Up’ In Their Head!

Kody and Robyn seem to be the only Sister Wives couple who have a functioning marriage. While Janelle considered he treats her adequately, her kids don’t feel so. Christine had had enough of the disrespect and got a divorce from him. Meri, on the other hand, hasn’t had a romantic relationship with him for years. The COVID-19 pandemic also affected how the polygamist spent his time. Most of his kids saw him less, as he was mostly with Robyn and her kids. TheHollywoodGossip reports that Robyn Brown has made a problematic statement in the upcoming promo.

While discussing Kody’s unavailability, Christine stated that she and the kids had a “life without Kody”. During her confessional, Meri also stated that it’s hard for the man “to sit down and focus” as he is high energy. Robyn was on the other end of the spectrum as she was defending the Sister Wives star’s actions. In doing so, she claimed that one gets “messed in the head” when they are a plural wife only to realize they aren’t “tracking it well”. It was quite clear to the fans that Robyn was referring to Meri, Janelle, and Christine, although she didn’t name names.

Sister Wives: Fans Clap Back At Robyn For Her Indecent Statement!

Kody and Robyn have been the Sister Wives villains for the longest time. The couple rarely admits their wrongdoings and owns up to their mistakes. This time was no different. The fanbase was pretty angry at Robyn’s “messed up in the head” statement. They took to social media to discuss this. A Redditor claimed that Robyn has the least experience of being a part of the plural family. That’s because she was the newest wife to join the Browns. Hence, it is quite ironic of her to preach the learnings of plural marriage all the time.

Another said that it was absurd for Robyn to say the other wives aren’t “tracking” Kody well. That’s because the Sister Wives know he has been absent because they have been keeping track of him too well. Do you think Robyn and Kody will be able to get away with their acts this time? Tell us in the comments below! Viewers remain curious to see how all of this will play out in the upcoming episode, all set to premiere on Sunday, i.e., September 25, 2022. Keep reading more Sister Wives updates only on TV Season & Spoilers.