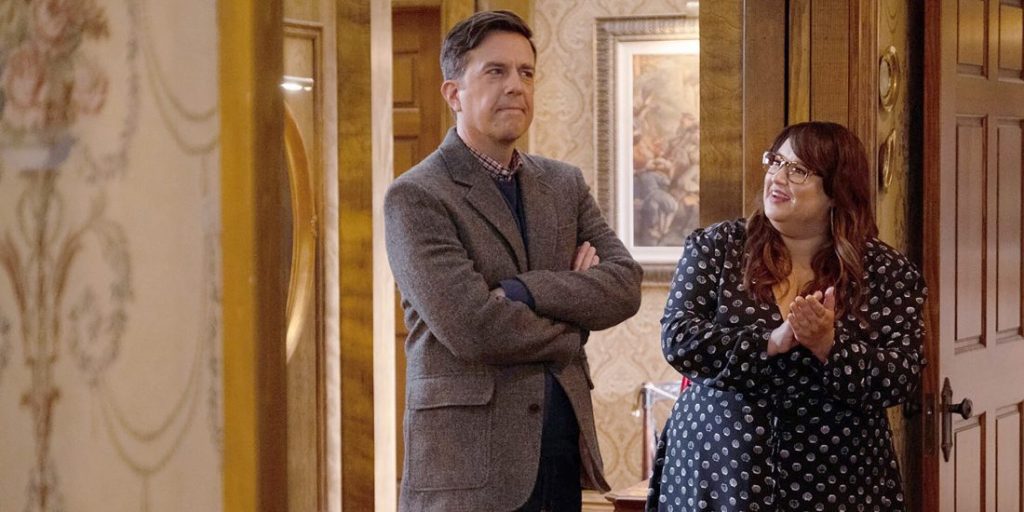 The closing moments of Rutherford Falls took us on a real roller coaster ride leaving a big question ahead- will Rutherford Falls Season 2 return to solve the issues? The series recently landed on Peacock, created by Ed Helms, Michael Schur, and Sierra Teller Ornelas. It follows the life-changing events which bring the lifelong friends Reagan Wells and Nathan Rutherford to a crossroads.

Though the series perfectly portrayed the issues running in the Native community and how badly Reagan wanted to champion the history of her community people. But it’s still unclear whether the series could return for the second season. However, the star Jana Schmieding who plays Reagan recently dropped hints of what to expect from Rutherford Falls Season 2. So, let’s see how things would change.

Rutherford Falls Season 2: Has It Renewed For The Next Run?

As of now, Peacock hasn’t revealed the future of Rutherford Falls. However, the series recently dropped its first season a couple of days ago. So it’s pretty soon to predict the fate of the series. But Peacock’s currently looking for more original content for its platform. Given, the streamer is known for having plenty of classic shows. So, Rutherford Falls Season 2 could be a great start to build up their roster of original series.

However, the streamer hasn’t shared its viewership yet. Even it’s an ad-free platform, so chances are more to focus on the project cost vs. viewership. But as soon as the series landed on the network, it soon claimed a 91% positive response on Rotten Tomatoes. Meanwhile, it earned 65 out of 100 from critics on Metacritic and 7 out of 10 on IMDb. Thus it’s a good sign that Rutherford Falls could return with the second season.

In a recent interview, Jana shared that they haven’t mapped the second season yet as they don’t know whether they could return. However, she said they did try to give everyone a clear ending. So when they return for the next season, they have plenty of work to do. But at this moment, Jana has no clue whether the network would renew the series. So, they’re just hoping to get a call as soon as possible.

Rutherford Falls Season 2: What To Expect?

The last we saw, Nathan discovered that he’s not a Rutherford, while Reagan finally learned her worth and rejected D’Angelo though he apologized to her. Although Jana revealed, they have yet to write the script of the second season. But in the recent interview, she teased Nathan Rutterford would deal with the final revelation. He probably would face some identity crisis while figuring out what to do next and whether or not to return.

Meanwhile, Reagan has leveled up in her career. But more money brings more problems in her life. She finally got a chance to run the museum, but she would be challenged now and then. Though Reagan believes she’s the right person to run Minishonka Nation tribe museums, she never asked the native people what they wanted. But she now has all the answers to every question that the Native people would come up with, said Jana.