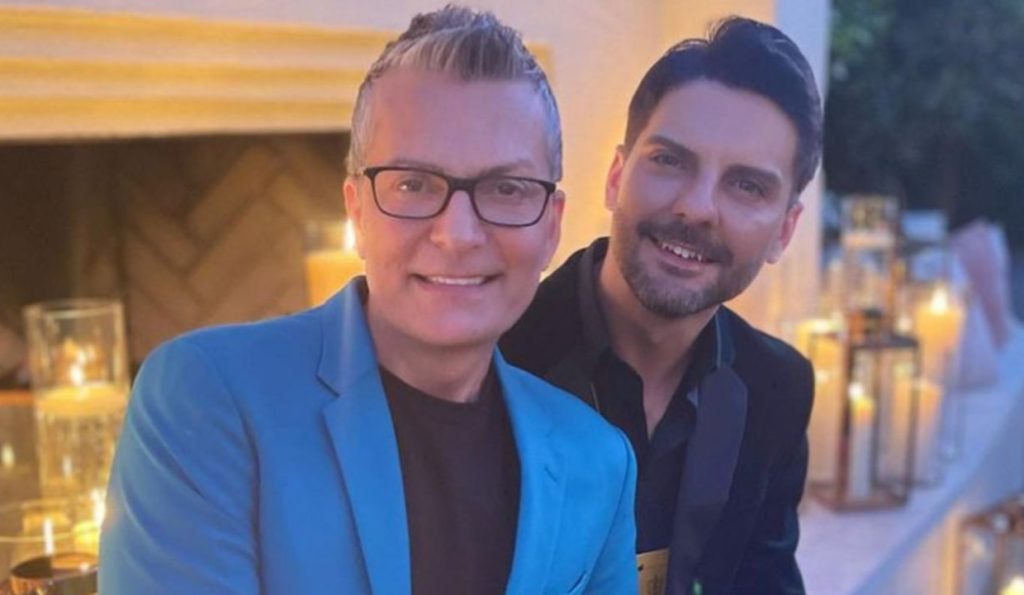 Say Yes To The Dress: Randy Fenoli Ready To Get Hitched To Fiance Mete Kobal!

Randy Fenoli, the star host of the reality TV show Say Yes To The Dress, got engaged. He is feeling euphoric after taking this life-changing decision. His partner, Mete Kobal, with whom the star has been in a relationship since January, was also very happy to say yes to the love of his life. The star host may not have said yes to the dress, but he definitely said yes to his marriage. Fans are very excited after seeing the handsome couple together. Several people gave the couple blessings and wished them all the luck for their future. Tune in to know everything about this sweet proposal.

Say Yes To The Dress: Randy Fenoli Got Engaged, Finally Found His Happily Ever After!

TLC recently posted a photograph of the star Randy from the show Say Yes To The Dress proposing to his partner Mete Kobal. The couple looked adorable together. The star Host went on his knees to ask his man the most awaited question that people in relationships wonder about. The 58-year-old planned the whole event to surprise Kobal and wanted something over the top so that his partner felt extra special. Marcy Blum proved to be a great help in planning this great event. He has been friends with Randy for many years and was happy to put his best foot forward to assist him.

The host of Say Yes To The Dress has been the “bridal king” for over 30 years. He was so overwhelmed as he had never thought of something like this for himself. In his interview with People, he mentioned that he is so in” love” with his partner. The SYTD star also says that his days get better with every passing moment. He calls his relationship simple and nothing as he had done before. The host is thankful for the universe that Mete came into his life and made him believe in a forever kind of love.

The TLC star kept t he entire event a secret from Mete. Fenoli brought Kobal over after mentioning that they would have a dinner date at the Museum of Modern Art. However, The Say Yess To The Dress star planned to have 50 of their friends and family waiting in the lobby of the hotel Marmara Park Avenue. After that, he got down on one knee as sparks lit up the room. The man asked his partner to be his husband. Mete got emotional and said yes to his lover.

Say Yes To The Dress: What Was Randy’s Plan Before Meeting Mete?

The Say Yes To The Dress star Randy Fenoli and Mete Kobal started dating at the beginning of the year, i.e., January 2022. The couple got to know each other at The Marmara hotel, where Kobal worked as a bar manager. Fenoli had given a statement before meeting his soon-to-be future husband. As per it, he had no plans of ever saying, “I do.” Randy even believed that the marriage card was not in his stars. In an interview, he said that he is the bridal king and he had been in this business for nearly 30 years. But he had no hopes of getting married or engaged.

Randy even thought he would remain single for the rest of his life. The reality TV star of Say Yes To The Dress said he was content with his mother, career, and dog and planned to remain single. But then Mete came into his life and made him feel what true love is. Thus he stopped his plans of staying single, and he ended up proposing to his handsome partner. Fans are excited to see what their future holds now. What do you think about this adorable couple? Comment your views. Stay tuned to TV Season & Spoilers for all the updates.