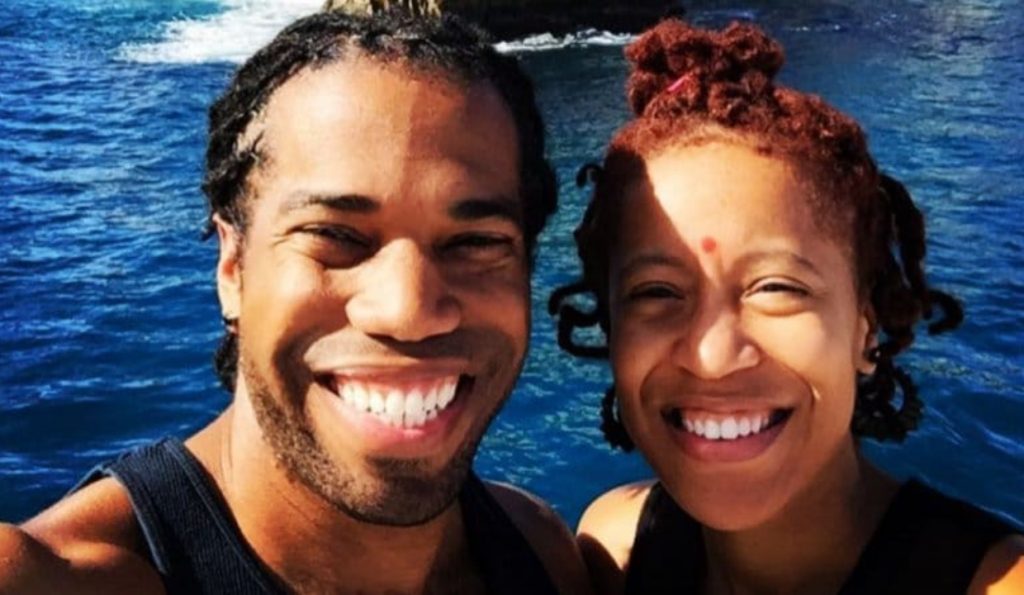 Seeking Sister Wife: Ashley & Dimitri Are Back Together 1-Year After Domestic Abuse Allegations Against Him!

Ashley and Dimitri Snowden became part of Seeking Sister Wife from the very beginning. They starred in the show for the first three seasons hoping to find potential partners. Although many women became part of their family, they eventually separated from the couple. At last, Ashley also announced her split from the polygamist a year ago. But it looks like both of them are back together again. The sister wife opened up about her relationship status in a new interview. Keep reading to know all about it.

Seeking Sister Wife: Ashley Back With Her Husband Dimitri! Says It Wasn’t An ‘Easy Choice’!

Ashley and Dimitri Snowden were one of the first people to become a part of Seeking Sister Wife. The show followed their journey of looking for spoces to add to their family. Although they succeeded in doing so and Dimitri even got together with other women like Christeline, Vanessa, and Tayler. Alas, none of these bonds worked out. At last, Ashley also bid adieu to her husband and made their split public last year. She did so through a post on Instagram. It has since been deleted as the woman announced that she got back together with Dimitri.

As per InTouch, Ashley is back with her husband, Dimitri. She talked about the irony behind how people expect God to forgive them when they aren’t willing to forgive others. Hence, she gave her husband, Dimitri a “chance”. It wasn’t an “easy choice” for the Seeking Sister Wife star. Getting back together took the couple “tears, therapy, time, interaction” and numerous other things. Ashley didn’t want to carry “anger, resentment and hurt” any longer. While calling her man a “good person”, the celebrity stated that she is on a “healing reconciliation journey” with him.

Ashley and Dimitri had a roller coaster of a relationship on Seeking Sister Wife. At first, both of them welcomed Vanessa into their lives. As the polygamist’s wedding episode with the latter aired, the woman announced their separation a week later. Tayler Middleton also became a part of the couple’s life. However, she was never with the family in the long run and bid adieu to them too. At last, things with another spouse i.e., Christeline went out of hand. That’s because she filed for a restraining order against the Snowdens alleging physical violence. Well, it is no more the case.

After all these incidents, Dimitri’s first wife Ashely also announced the couple’s split on her Instagram. She made sure to post her “truth” on social media as misinformation is “harmful”. The TV star went on to say that she was “single” and grateful for life. That’s all the information she provided for the fans. Later on, she and Dimitri didn’t appear in Season 4

either as they were “broken up”. But all of that is in the past since Ashley went candid about reconciling with her husband. Keep coming back to TV Season & Spoilers for more Seeking Sister Wife news.