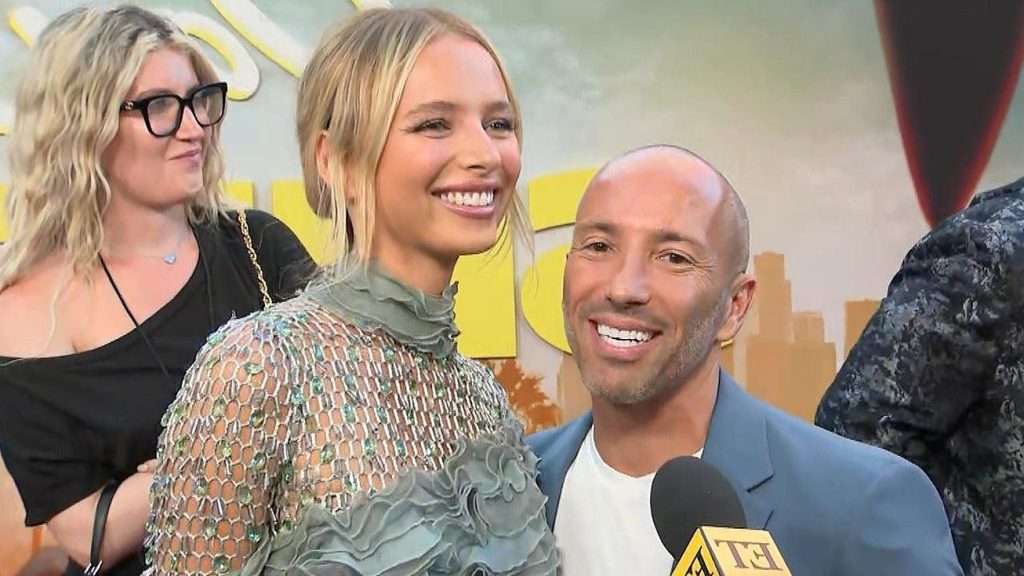 The reality television star Jason Oppenheim announced early this year that he was moved on in his life and dating someone new. He was in a serious relationship with Selling Sunset star, Chrishell Stuase. However, after struggling to be on the same page about the future of their relationship, the couple decided to call it quits. Chrishell wanted to have babies, but he was not ready for it. Thus ultimately, they broke up. Nonetheless, he was quick enough to move on with his life and is now dating a Paris-based model, Marie-Lou Nurk. Recently, the couple was spotted enjoying their vacation on a yacht. Jason was seen kissing her belly, leading to her pregnancy rumors. Keep reading to find out if Jason Oppenheim’s girlfriend is pregnant.

The Selling Sunset star Jason Oppenheim is happily dating his beautiful girlfriend, Marie. Earlier in his interview with People, the star revealed he was head over heels in love with the French beauty. Jason was sure that he would find someone better. However, he never imagined falling in love so early. The CEO was mesmerized by the sizzling beauty from their very first meeting. He broke up with Chrishell because he didn’t want to have kids. Well, he was still not ready to have kids, though. In his latest interview, Jason said he was ready to be a husband but unsure about being a father. Interestingly, his girlfriend sparks pregnancy rumors just a few weeks after his interview.

The couple was recently photographed enjoying their yacht vacation. However, fans’ eyes were stuck on a picture where the reality television star was kissing his girlfriend’s belly. At first glance, it seems like maybe she is pregnant. The couple was giving parents-to-be vibes. However, when fans carefully observed the picture, it was crystal clear that he was kissing her flat belly. Marie is not pregnant. In his interview, Jason revealed that he was not ready to have a baby.

Selling Sunset: Marie To Appear In Season 6 Of The Show?

The Oppenheim Group’s office now has two of Jason’s exes. His ex-girlfriends Mary and Chrishell both work for his company. However, fans are now interested in meeting his new girlfriend, Marie. Ahead of the release of Selling Sunset Season 6, viewers were questioning whether Marie would be a part of the show. The couple recently made their red carpet debut in Hollywood at a Netflix event where he was asked about the same.

Interestingly, he tricked his fans by the answer in a way that neither denied the suspicion nor did he accepted that Marie would appear in the next season. Nonetheless, fans have high hopes that she will surely be part of Season 6. What about you, do you want to see Marie in the next season of the show? Tell us in the comment section, and till then, stay connected to TV Season & Spoilers for more updates.