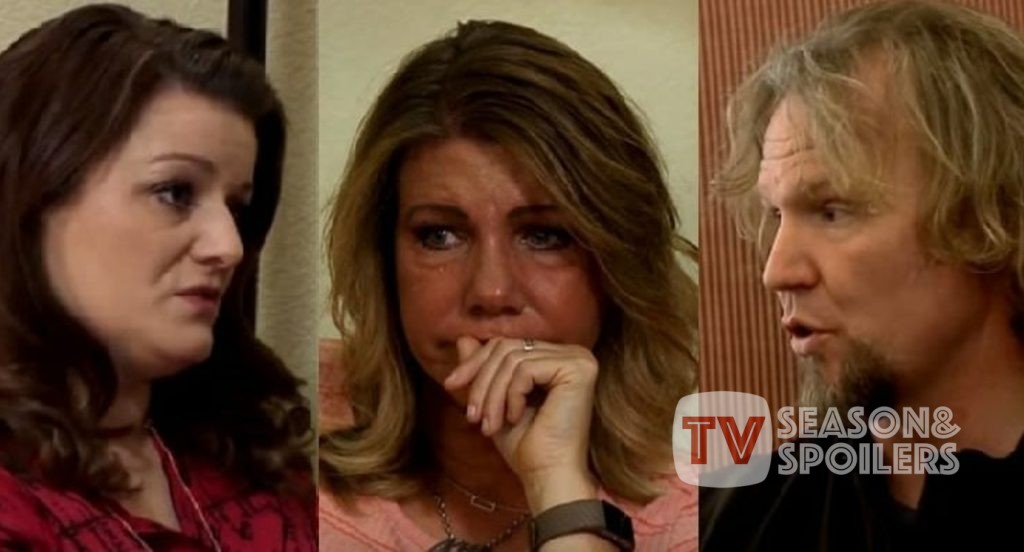 Sister Wives: Are Kody & Robyn Exploiting Meri Financially? She Pays For Them!

Many Sister Wives fans know that things have been really chaotic in the show lately. Since Christine has left the family, all the bonds have weakened and can break anytime. Apparently, the patriarch, instead of working on his remaining three marriages and mending the issues, he is just focused on living his happy life with his fourth wife. But as the world knows that Robyn is unemployed, and Kody never had a stable job. Then from where is the money coming up for the luxuries? Yes, you guessed it right. Fans speculate that maybe the infamous couple is using the lone wolf to get their business straight. We have all the information, so keep on reading.

The Sister Wives fans know that Meri is the first wife of the patriarch. Apparently, she had a flowery phase in her initial years of marriage. But it has been more than a decade since her marriage has already died. Fans know that she is just sticking with Kody in order to full fill her faith and avoid going to hell. But the question arises that why the polygamist is still with her. Evidently, the 53-year-old never maintain relationship and kindness until he has some massive agenda behind it.

Apparently, their emotional and physical relationship is dead but what remains is a fiscal one. Fans speculate that maybe that is the reason Meri is striving hard in her business with super-pricey stuff. Fans know that Meri inherited B&B from her mom, and she has been looking after it now. However, the star has always been slammed for her costly packages. The lone wolf recently revealed that she is coming up with another retreat package.

Meri took to Instagram and introduced her new upcoming retreat plans to her fans. She claims it will be coming up in February. Fans are simply not expecting anything affordable from her. Apparently, the world remembers that in her first offer, the price range went from 4K-6K, and with some extra benefits, it also went above that. Fans commented on the delicious food picture she shared on Instagram. A fan commented that cheap ice cream shouldn’t be served with such an expensive package. Another one was added for the price she is taking. She can at least provide something better than tin-foiled pans!

The Sister Wives fans always predicted that Meri would be the first one to leave the polygamous arrangement. Apparently, after the catfishing incident, the lone wolf has been really lonely for years now. But it seems that she has been secretly planning something really huge. Recently, Kody’s first wife took to Instagram and shared a quote on her story, which might hint that a lot is happening behind the scenes. The quote says that just because no moves are posted doesn’t mean that no moves are taken. This might hint that 51-year-old Meri Brown is planning something huge now.

Though it’s not clear that she is planning something career-related, or maybe simply Meri is also considering leaving Kody

now. Apparently, fans feel that she should leave her marriage asap because the longer she stays, the more she’ll suffer. It is clear that Meri is the sacrificial goat of the Browns. As per the facts, Robyn’s massive mansion’s money had a huge contribution from the lone wolf. Yet she doesn’t have a roof of her own and still is living in rentals. Fans hope that the 51-year-old gets her voice asap and stands up for herself now. Because if Meri is waiting for the reincarnation of her already dead marriage, then she is just fooling herself. Keep coming back to TV Season & Spoilers for all the latest Sister Wives tea.