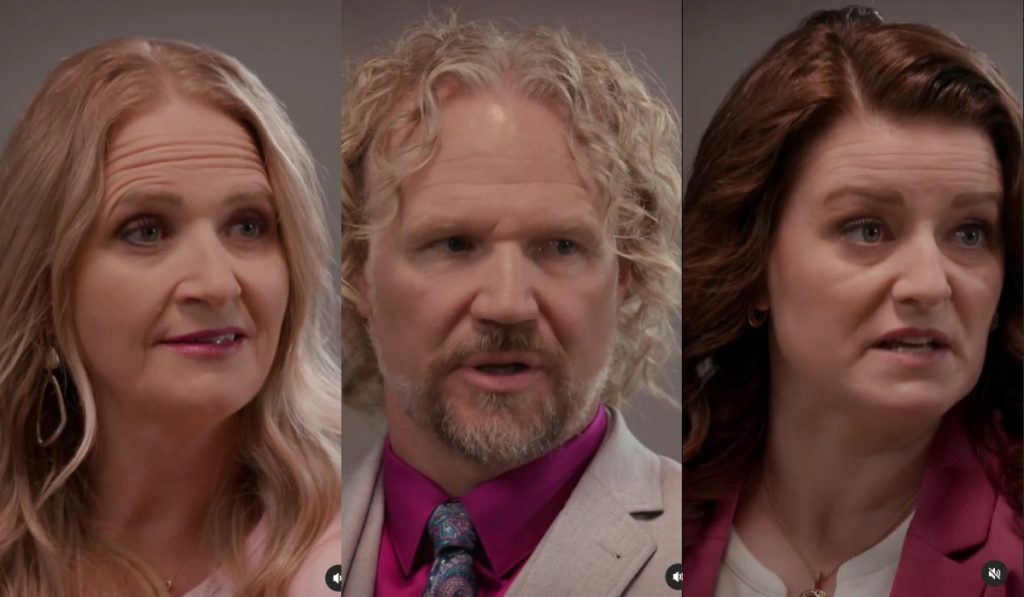 Kody’s marriages to Christine, Meri Brown, and Janelle Brown had ended as of the Tell All episodes’ airing. The Sister Wives polygamist is currently only married to Robyn. In November 2021, Christine became the first to end her polygamous relationship with Kody. Since then, she and the couple’s youngest kid, Truely, have relocated to Utah. Kody’s separations from Meri and Janelle were made public on the first episode of Sister Wives: One-on-One. It took place about a year after Christine’s divorce. However, Robyn has supported Kody during the continuing relationship drama. Although, Kody Brown’s plan to create a powerful polygamous family isn’t working out. In the new sneak peek of the upcoming special episode, Christine labels Kody’s Dream of Polygamy a “Failure”.

In the latest special episode of Sister Wives: One-on-One, Christine Brown spoke up about what’s next in Kody and Robyn’s lives after their dream of a polygamous family broke down. She feels that a part of them would always be a little disappointed, thinking that the idea of a big family didn’t work out. Christine said it was Kody’s dream of a polygamous family, and there would still be some sadness and loss. Well, giving up on a dream is difficult, and they never wanted to give up on it. However, she also answers the question that whether Robyn and Kody will live in their monogamous setting. Christine believes that Kody and Robyn will not search for any more sister wives after all that happened.

After hearing all this, the host, Sukanya Krishnan, asked how it could work as Robyn always desired a big polygamous family. And it is the only reason she married Kody. However, Christine explained that once you experience so much failure in your life, you wouldn’t even dare to try. And if they truly love and are happy with each other, there wouldn’t be any room for anyone else. She even called Kody’s polygamy plan a “failure” after his multiple divorces, as per People. However, when Robyn was asked about her opinions. She admits that she’s still unsure about Kody’s future plans for growing the family. But she does say that Kody has basically said “no” to it before. Meanwhile, Robyn acknowledges that she may ask Kody to “do this again”. But she also confessed that she is scared of polygamy now. This comes after seeing how badly everything has gone.

When Janelle Brown joined the family as the second wife, Kody’s polygamy dream kickstarted. It was evident that this had an impact on Meri’s marriage, which was further accorded by the introduction of new women to the family. Evidently, Robyn was the last wife and is also the one who is most preferred. But with time, the women who formerly supported multiple marriages became weary of it. Kody’s Sister Wives made the decision to flee the turmoil and have a peaceful life. Christine clearly set the pace when she announced her divorce in 2021. However, Janelle and Meri also ended their marriage in two years.

Kody is now left with Robyn Brown as his sole wife. Nevertheless, according to InTouch, an SW source recently disclosed that allegedly the polygamist is looking for new spouses to carry on his legacy. The insider went on to say that Kody, a proud polygamist, wouldn’t be content without multiple marriages. In addition to this, the insider claimed that modern women who value monogamy wouldn’t find the patriarch attractive. There are still many ladies, though, who would seize the opportunity to be Kody’s bride.

It is clear that Kody is still interested in polygamy. Sister Wives viewers believed that the patriarch would have given up on marriage altogether after going through three divorces in a span of two years. Additionally, he has not always had a pleasant life in polygamous partnerships. There have reportedly been countless ups and downs, which ultimately resulted in divorces. However, it appears that Kody would go to any extent to keep the show running and make money from it. Stay tuned to TV Season & Spoilers for more updates.