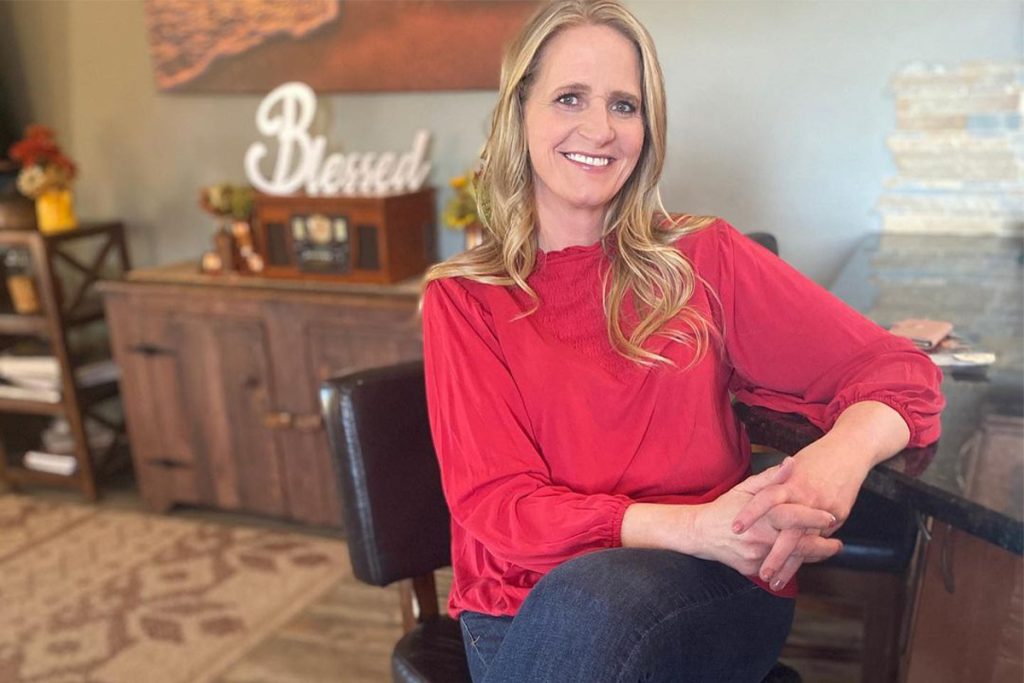 There is no doubt that Christine Brown has become the most loved star of Sister Wives after the last season. Apparently, viewers remain in awe of her ever since she left her husband, Kody Brown while prioritizing her self-respect. After her divorce announcement from the celebrity polygamist, fans can tell that Christine is in a much better place mentally. Moreover, she is also experimenting with her fashion sense after having no restrictions. Apparently, she went to Disneyland with her kids a few days ago, and the star flaunted her fresh style. Keep reading more for all the details.

Sister Wives: Christine Has A Fun Day Out With Kids While Flaunting Short Shorts!

Christine Brown already had a reputation for being modest and graceful during her time on Sister Wives. Well, she kept those things intact even after dumping her husband on national TV in the last season of the show. Apparently, Kody Brown has never made it to the fans’ good books, and they would constantly tell the famous wives to leave him. It turns out that Christine was the first out of the other Sister Wives, to finally act on this and part ways with her former husband. Since then, viewers have been following her adventures as a single mom constantly on social media.

Later, Christine took to her social media to post about a fun outing with her lovely kids. Moreover, they went to Disneyland. Despite this, Sister Wives fans couldn’t help but notice how great the mother of 6 looked great while flaunting her denim shorts. Since her divorce, viewers can tell that Christine has been doing what her heart desires now. Moreover, they took notice of massive changes in her mental health and her fashion sense too. Hence, they took to the comments section to compliment the star and stated that she looked very happy.

Sister Wives: Other Wives Mistreated Christine Brown? Got Out Of The Plural Marriage Due To It?

Christine Brown is now unapologetically living her best life. Apart from starring in Sister Wives, she has other gigs to sustain her financially. Well, this includes being the brand endorser of the health drink, Plexus. Moreover, the celebrity is also on Cameo and sends wholesome personalized messages and chats with her fans. As per a new revealtion, Christine hinted that the rest of her Sister Wives, i.e., didn’t treat her kindly while she was in a plural marriage with Kody Brown. It turns out a fan took to Cameo to ask Christine about her plural marriage. That’s because she wanted tips before getting into a plural marriage.

Therefore, Christine very sweetly put emphasis on respect and especially “kindness” in her Cameo message. When this matter came into the limelight, speculation began that ot her wives must not have treated her this way. Even if the previous season had Christine sharing her experience of her deteriorating marriage with Kody

, some feel the other wives are to be blamed for her separation too. However, there is no proper confirmation about this as these were fan assumptions. Keep checking TV Season & Spoilers for your daily dose of Sister Wives updates.
News