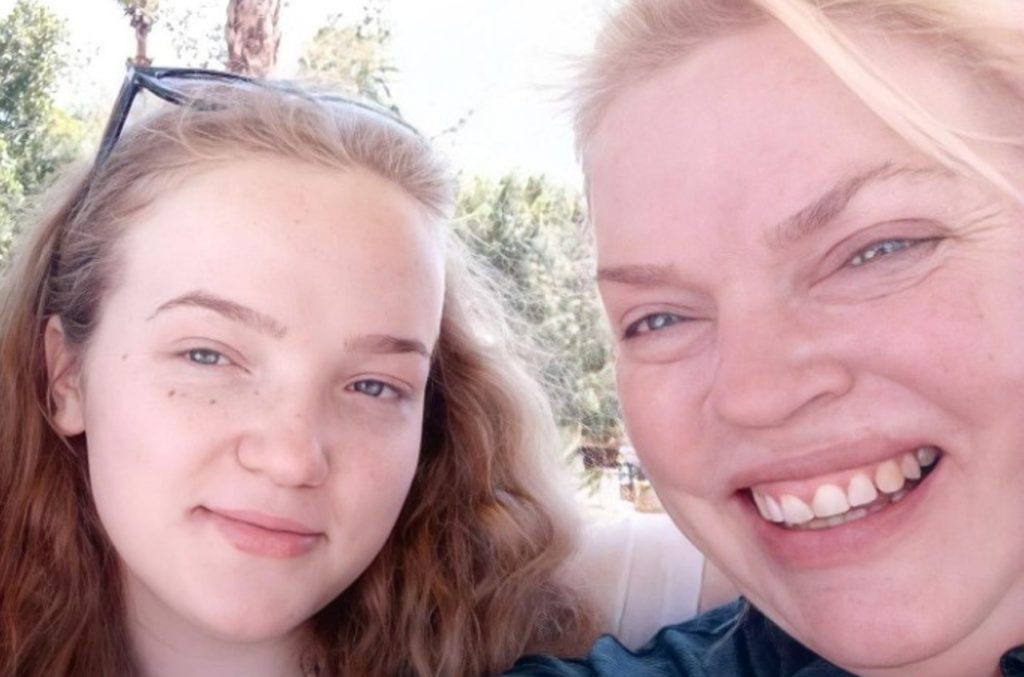 The Sister Wives has never failed to make headlines. Whether it’s their pictures or their decisions, they’ve always been in the news! Recently, the sweetest kid of the Brown family took to Instagram and shared a picture that stunned their audience. Janelle is the second wife of the polygamist and shares six children. Fans believe that Savannah is the youngest yet the most logical of all the children. Lately, the teenager has started to look exactly like her mother, Janelle. To know more about the growing similarities, keep on reading.

Sister Wives: Savanah Is Turning Into The Mini Version Of Janelle!

Recently, the Sister Wives celebrated Janelle’s eldest son’s wedding. Logan finally got married to the love of his life, Michelle Petty. Apparently, the entire Brown family gathered to celebrate the tying of nuptial knots. In that event, the mother-daughter duo didn’t leave a chance to get clicked together. This duo has always been for each other! Savanah always found only her mom whenever she needed her parents. From driving lessons to life lessons, it was Janelle who always took care of the 17-year-old because her father was always busy being a good parent to his children with Robyn! This made the mother-daughter bond stronger than ever. Moreover, fans feel that maybe Janelle’s sole presence was soo strong that her genes also became dominant in Savanah!

Recently, Savanah took to Instagram and shared a beautiful picture of herself with her mother, Janelle. Fans were shocked to see how the teenager started to look exactly like her mother now. She first congratulated her brother for getting married and then added that she has started to resemble her mother now. The Sister Wives personality also added that Janelle said “copy-paste” when she was born. Though she is in her teenage years, she is gracefully embracing and loving her genes.

Sister Wives: Savanah Is With Her Mom In All Her Decisions!

The Sister Wives star kid is one of the most sensible and logical kids. Irrespective of her young age, her intellect is commendable. Savanah’s bond with her mother is very sweet and supportive. Apparently, Janelle took a huge decision recently, in which her youngest acted as hard-core support to her. Janelle has decided to move into an RV and live there with her children and dogs! Her rental was sold, and because of this, she had to take an immediate decision.

Janelle decided to park the RV in their plot in Coyote Pass. Recently in an episode, she invited all her Sister Wives and Kody to have a tour of her mobile house. Moreover, it seems that Robyn’s Kids and Kody completely look alike, as both of them didn’t give a pleasant reaction to it. Apparently, Robyn’s kids made fun of Savanah’s sleeping area and thought it wasn’t worthy enough! No doubt, the kids are habitual of a huge mansion and a hot tube accompanied by the values instilled by Kody. Hence their reaction wasn’t shocking enough for the audience! However, Savanah didn’t pay much heed and was proud of her mother’s decision. Keep coming back to TV Season & Spoilers