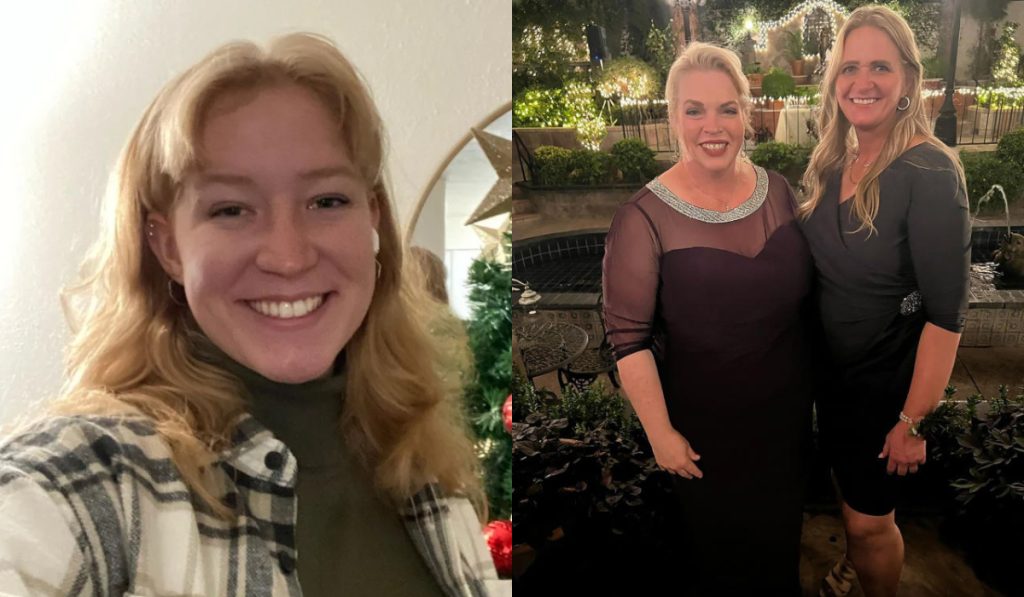 The Sister Wives stars Janelle and Christine Brown shared a very special bond. They both have been each other’s support system throughout their life. The TLC personality Christine Brown stepped out from her marriage in 2021. Following her footsteps, Janelle also announced her breakup last month. Since then, her friendship has grown stronger. But did Christine influence Janelle to end up her marriage? Was Kody correct in speculating the same? Well, Kody and Christine’s daughter, Gwendlyn Brown, recently confirmed that Christine Brown helped Janelle escape from the toxic relationship. Let’s find out what she exactly means by that.

The Sister Wives star, Gwendlyn Brown, has revealed that her mother, Christine helped Janelle to achieve her freedom. In the former’s recent reaction video, one fan asked her who helped Janelle become more independent after her breakup from Kody. However, without hesitation, Gwen replied that her mother encouraged Janelle to take a step. She also added that Christine has become more empowered from the first season. However, the reality star not only talked about her mother supporting her ex-sister wife but also discussed Christine and Janelle’s upcoming show. Gwendlyn revealed to the audience that Janelle and her mother had pushed each other to become stronger throughout their breakup.

On the other side, Janelle said in the third installment of Sister Wives One-on-One that she is not expecting Kody to return to her life. At that time, Janelle confessed that she was sad that the chapter of their lives was over. The 53-year-old also stated that she did not find it as difficult to let go of Kody as Christine did. Additionally, she said that Janelle thinks her husband has completely changed. But the fact is that Janelle has also changed through the years. However, when Gwendlyn was asked about her opinion on Janelle and Christine’s new spin-off

, she said she would love to watch a spin-off series where Janelle and her mother get together. She even suggested the name “Sister Wives I’m a f**king genius”.

Sister Wives: Kody Brown Is Ready To Reconcile With Janelle?

The recent Sister Wives special episodes have been the most controversial ones. In the one-on-one, the host, Sukanya Krishnan, asked Kody if he would like to reconcile with his ex-wife, Janelle Brown. The patriarch replied that although he would be open to the notion, he did not want to take the initiative. He further added that his ex-wife never respected him, and for him, respect comes before love. Not only that, but he also acknowledged that the circumstance had completely changed. It will thus be a whole different negotiation.

The Sister Wives followers also believe that even though Kody Brown takes the initiative, Janelle might not agree. Although it was very difficult for the mother of six to end their marriage after staying in it for more than a decade, she is enjoying her freedom. She recently went axe throwing with her friends to release her stress. Also, Janelle has also started gyming and is focusing on her fitness. Fans are pleased with the new Janelle. They believe she should begin casual dating like Christine and find a loving man. So, do you think Janelle should start seeing more men? Let us know in the comment section. Keep coming back to TV Season & Spoilers