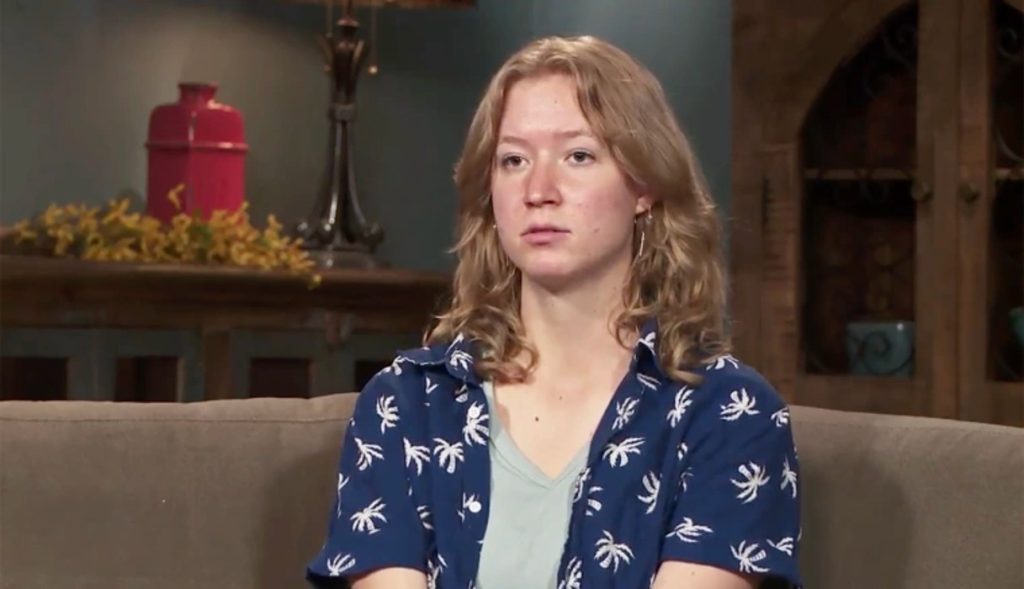 The Sister Wives have become all about divorces lately. Apparently, Christine started the march, followed by Janelle and Meri. Usually, it is devastating to watch your parents get divorced. But it seems that Gewndlyn, who is the daughter of Kody and Christine, has coped really well. Indeed, she saw her mother suffering in the marriage and knew that someday or the other, her parents would part ways. But she dealt with the situation with utmost maturity and grace. Recently the star kid shared her new makeover picture in which she had to apologize for her new ‘Janky’ bangs. We have all the information you might wish to know, so keep on reading.

The Sister Wives star kid Gwen is one of the most bravest kids ever. Apparently, instead of keeping mum, she decided to talk about the issues of the Browns openly. Even during her parents’ divorce, she acted with maturity and was happy for her mom. However, it seems that good things are paving the way for the star kid. Recently, Gwen announced her engagement with her girlfriend on social media. Not only this but her Instagram account was also got verified. She further joked about it, saying that she got the leftover fame after her parent’s divorce. But it seems that her new hairstyle made her apologize to her fans.

Recently, Gwendlyn Brown took to Instagram and shared two Christmas-exclusive pictures with her fans. Apparently, both were selfies with the decorated tree. She captioned the post, which read that these were the last pictures with the Christmas tree before her dog Noel got excited and snapped it in half. The Sister Wives celeb further added that it was her pet’s birthday a day before the mishap, as per tvshowsace. So she’s giving her a pass this time. However, Gwen ended her caption by asking her fans to ignore her “janky” bangs as she cut them herself.

However, it seems that though the star kid didn’t like her new hair, the viewers loved it. Fans took to the comment section and appreciated her new hairstyle. A user added, saying that they think Gwen’s bangs are really awesome. Another one chimed in and commented that her bangs were complimenting her. In addition to that, fans also consoled her for her devastated Christmas trees. A viewer suggested that Noel is influenced by watching Ysabel snatching the tree and the decorations in the past.

Sister Wives: Gwen Is The Curtain Raiser Of The Brown Fam’s Secrets

Apparently, the episodes that TLC has been arising these past few months had been filmed quite a while ago. Hence, keeping up with the current scenario of the cast becomes really difficult. But in the case of Sister Wives, Gwen has acted as a curtain raiser for the world. Usually, other Brown kids avoid making any controversial statements about the family, but Gwen has been candid about the insights of her family. Not only this, she recently made an account on a site called Patreon. On this social media platform, she answers all the questions of her fans in exchange for a few bucks.

Not only this, but she also hinted about Janelle’s divorce way before the official announcement was made. Apparently, she revealed the news in a live chat with her friend. In addition to that, she also replied to a fan of hers and claimed that Robyn is worst in person. However, fans felt that her disdain towards Robyn was fair because she saw her mother’s marriage falling because of Robyn. Hence it is fair if she doesn’t like her. Keep coming back to TV Season & Spoilers for all the latest Sister Wives tea.