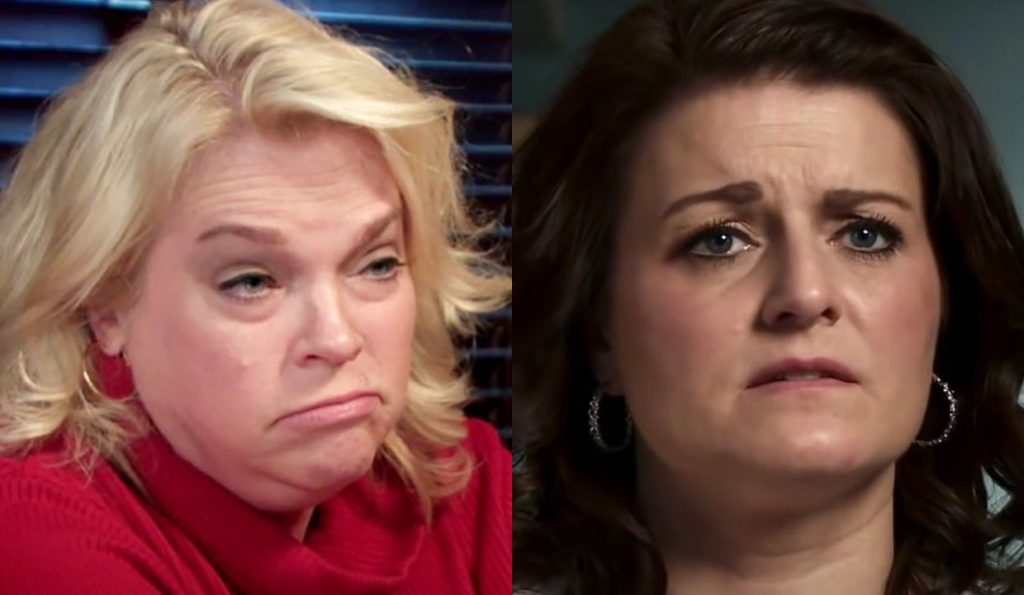 Sister Wives: Janelle Brown Refuses To Talk To Robyn! Another Feud In Making?

While the new Sister Wives Season 17 largely focuses on Christine and Kody Brown’s separation, other things are also going on in the family. For instance, Kody’s “favorite” wife, Robyn, has also been suffering. It turns out Janelle Brown’s kids feel that the youngest wife is responsible for causing strains in their mother’s marriage with Kody. This narrative became part of the latest Sister Wives episode. Let’s dive in to know what all the family members had to say about this matter.

It has been evident to the Sister Wives fans for several years that Robyn and Kody have a stronger marital bond compared to the rest of his wives. At last, his third partner, Christine, had had enough of it, and she left her polygamist husband. While Meri Brown shares she is “good friends” with Kody, Janelle describes her marriage as “adequate”. However, her kids have recognized that their father hasn’t been treating Janelle nicely. Hence, they are against him. They began blaming the notorious castmate for spending most of his time with Robyn and her kids.

Robyn talked about this matter on the show. She feels that all the “adult kids” have been ganging up on her and Kody. To diffuse the tension, she tried to talk to Christine and Janelle both. But, they shut her down and weren’t interested in what she had to say. Therefore, Robyn expressed feeling “helpless”. Initially, the fourth wife would be proud of getting her plural family together to communicate better and solve a problem. However, she hasn’t been able to do so, and things are deteriorating in the Brown family.

Sister Wives: Robyn Complains About Kody Too! Says He Is Not The Man She ‘Married’

The Sister Wives fans had become tired of seeing Kody behaving biased toward Robyn. They would claim that he has been unfairly treating other wives, i.e., Meri, Janelle, and Christine. Well, things have changed in the latest season. That’s because the alleged “favorite” wife talked of her issues with the polygamist. She opened up during her confessional and disclosed having problems with Kody too. It turns out he had been taking out his anger on her. So, she often tried to calm him down, saying his fury was not for her. Kody’s behavior had been affecting her and her kids both.

Things began happening when Christine dropped a massive bomb on him about leaving him and moving to Utah after a separation. So, Robyn stated that Kody had spent all his time in her house. It is because his relationship with his other wives was “stressing him out”. After being frustrated, the younger Sister Wives star stated that he is no longer the man she married. It would be interesting to see if Kody and Robyn’s bond deteriorates further in the further episodes or if they will reconcile. Keep reading the newest Sister Wives updates only on TV Season & Spoilers.