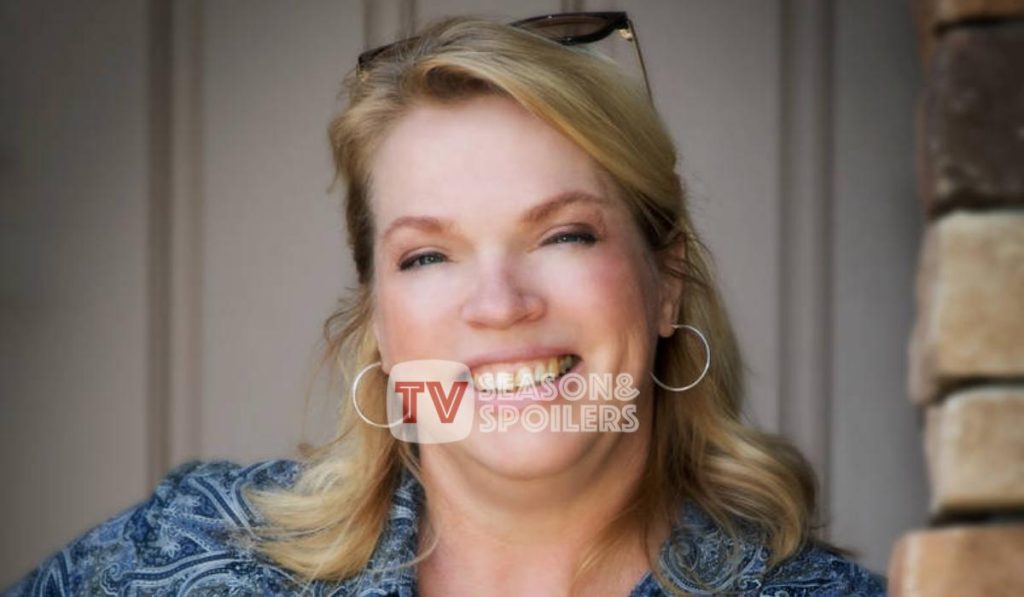 Sister Wives: Janelle Is ‘Half Her Size’ After HUGE TRANSFORMATION! Flaunts Revenge Body

Health Is Wealth. The Sister Wives star, Janelle Brown, has finally understood the proverb and is now focusing on her health. Apparently, it seems she has lost around 100 pounds recently. Amid all the chaos the Browns are going through, Janelle is flaunting her ‘revenge body’. Fans know that it has been a while since she hasn’t been treated like a queen, which she surely is. However, the star finally knows that she doesn’t need her so-called king and can take off with the throne alone. Hence, amidst her split speculations, she is showing her weight loss progress. To know her secret mantra, keep on reading.

The Sister Wives star Janelle was introduced to the health and fitness realm in 2019. Apparently, the star is a certified IIN (Institute for Integrative Nutrition) health coach. The star accepted that after years of unhappiness and dieting, she finally understood that she was enough and didn’t need to change herself. Eventually, Janelle developed compassion for her body. However, the celeb mom has been flaunting her curves after reportedly ending her 29 years of marriage. The star also frequently shares her weight loss journey and diet secrets, but she never openly gives the exact number of her lost weight.

However, according to a source by TheSun, Janelle has lost a lot of weight. Her appearance isn’t the same anymore. The source also added that the star is just half her size now, revealing that she lost around 100 pounds in the process. Janelle often gives credit for her weight loss to drinks of Plexus. Apparently, the “Pink Drink” is a powdered appetite suppressant. It is supposed to be mixed with water which helps in weight management.

The star recently promoted Plexus, which is in collaboration with her former sister wife, Christine. She mentioned that it takes only 12 weeks for the world to notice the transformation after having her pink drink. The video had Janelle’s slim and trim pictures after her weight loss which she says was because of Plexus.

There have been several speculations that the Sister Wives star Janelle has finally parted ways with her long-time husband. According to TheSun’s source, issues began in their marriage during Covid. Apparently, the pandemic created a lot of separation as the patriarch decided to live with his favorite wife the whole time. Evidently, it gave comfort and confidence to the wives that they could also exist with Kody. According to the source, it was in May or June that the couple’s marriage finally dissolved.

Apparently, Janelle is now considering herself single and no longer claims to be in a plural marriage with Kody. However, the source added that Christine was the ringleader and introduced the concept that Sister Wives dont need Kody Brown to exist. In another instance, one of the Brown kids, Gwen, also revealed that she thinks only Kody, Meri, and Robyn are together

now. However, Season 18 has already started filming and hopefully will reveal the truth soon. Keep coming back to TV Season & Spoilers for all the latest Sister Wives updates.