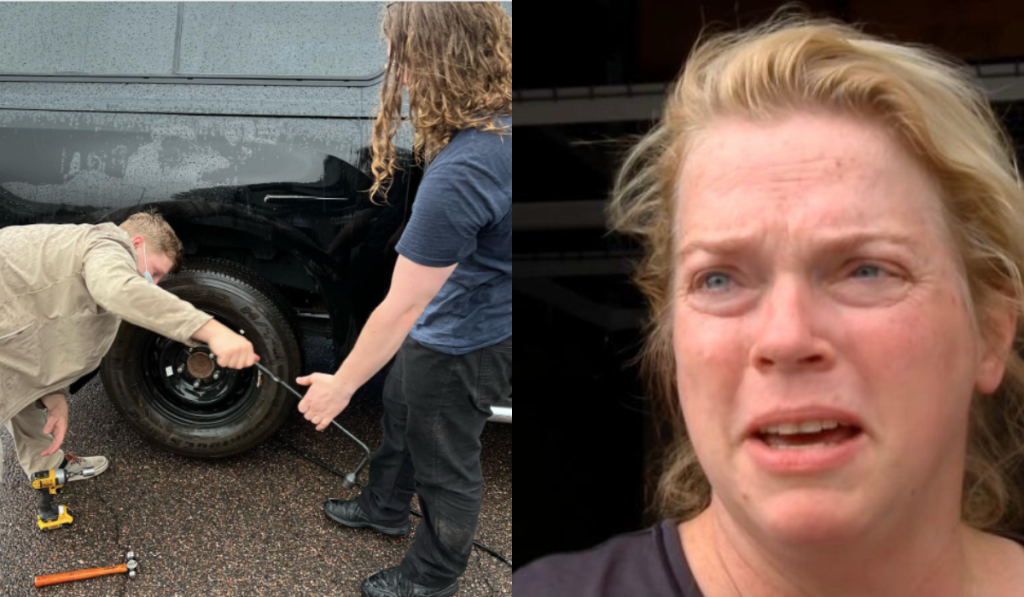 Sister Wives: Janelle’s Son Gabe Got In An Accident Due To Heavy Rain, Big Brother Garrison Came To His Rescue!

Sister Wives Janelle Brown has instilled great values in her kids. Hence, no matter whether Kody is around or not, the children have got their mother behind their back. Likewise, during the pandemic, Gabe and Garrison stood up for each other when the polygamist was being notorious. Besides, Janelle supported them when Kody evicted them out of the house. Therefore, by learning from those experiences, the brothers greatly respect each other. So, when Gabe got caught in an accident, Garrison rushed to his rescue. Tune in to know what happened.

Janelle’s children know how much family means to them. Likewise, the brothers and their sister are always up for a meeting on any occasion. Moreover, even if there’s an emergency, the Sister Wives star kids know their way around. Besides, the viewers have seen the bond between Janelle and Christine’s children. Hence, no wonder the two mothers taught the kids about helping others in need. Similarly, a case happened with Gabe that Janelle took to her social media to share. She posted pictures of her sons, who seemed to be by the car, trying to fix the tire.

The Sister Wives celeb explained that Gabe hit something on the road. The small accident happened in the middle of crazy rain, and Garrison came all the way to help his brother. Well, there wasn’t any injury or casualty. The mother just wanted to tell her followers about her sons. Janelle said she was proud of Gabe and Garrison

, who shared to be of constant help to each other. Likewise, she noted that her sons didn’t let her help and only wanted her to be their cheerleader. Meanwhile, the comment section was full of people cheering the mother and the kids. However, there was a time when Janelle lost hope for the two. Read along to know why.

Sister Wives: The Time When Janelle Brown Lost Hope In Her Boys

When children are young, they sure do get into fights. Even the close siblings get into fights, and that’s fine. So, when Janelle announced about her kids helping nature, a fan reminded her of a previous story. The Sister Wives fan commented that Gabe and Garrison used to fight a lot in the past. Therefore, once, one of the brothers knocked the nose in the nose, which made him bleed. That incident did scare Janelle, and she got terrified.

The Sister Wives star acknowledged the story by responding to the fan’s comment. She said that the two used knock knuckles, and there were days when she lost hope. Well, things set the pace for a while, and the mother is happy with how her kids turn out. In the previous season, Gabe and Garrison faced a lot of issues with their father, Kody Brown. Meanwhile, the fans hope the cast members learn something from the young generation. Similarly, fans cheered Christine, who was Janelle’s kid’s primary caregiver. Stay tuned to TV Season & Spoilers for the latest updates on reality TV shows.