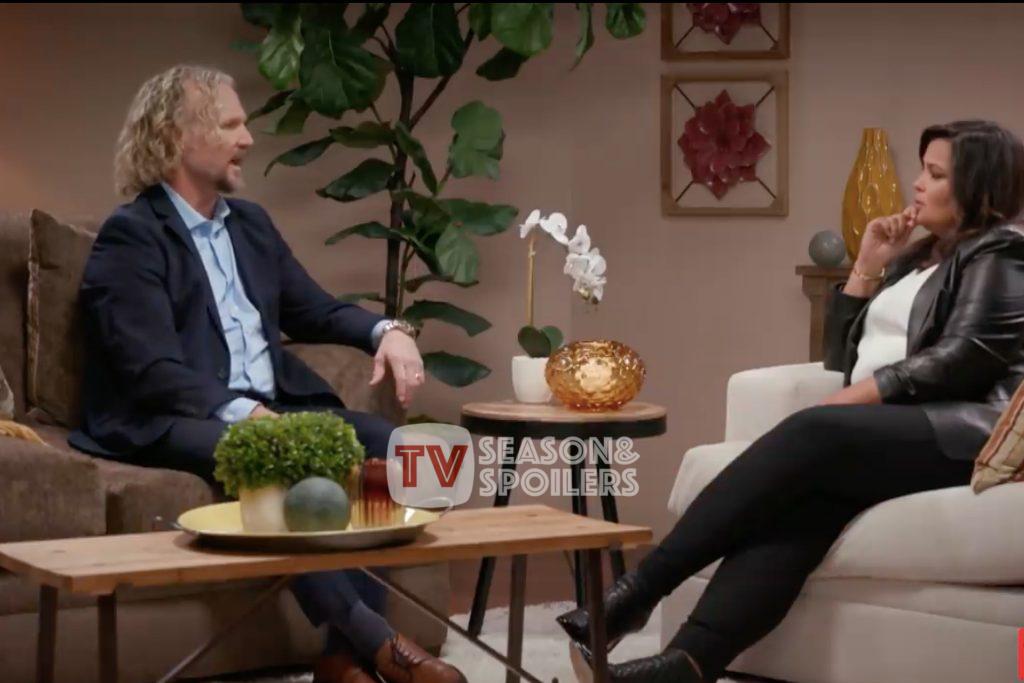 The latest installment of Sister Wives has ended after a bang on the last episode. However, it looks the reality TV stars are still stuck in their emotional dilemma. The family head, Kody Brown, has shown his real face and emotions on-screen. It is not the first time he’s been in the news for his absurd statements. Yet, this time his aggressiveness is towards the host, Sukanya Krishnan. The two sat down for a one-on-one conversation about his marriages. But things went south when Sukanya hit right above Kody’s emotional spot.

Kody Brown is typically known for his critical remarks and actions. The fanbase has been keeping an eye on it since the show debuted. Sometimes the focus is on his wives and some on kids. However, a recent interaction didn’t go well with Kody. Sunday’s special one-on-one with Sister Wives had every cast member sit down individually for a conversation. Hence, where there is Kody, mishaps are bound to happen. Sukanya Krishnan and Kody sat down to discuss the struggles in his relationships. Thus, Sukanya prepared pretty hardcore questions for him. The host suggested that Kody had emotionally abandoned some of his wives during the conversation.

More so, she directed mainly towards Meri Brown. However, the patriarch didn’t take the criticism well and aggressively took offense. He said, “Abandoned? Please.” He even told the host that he resented the term and that she should take it back. After that, he explained that his wives could leave him whenever they wanted. However, he cannot. It seems as though Kody isn’t ready to accept his faults. More so, he doesn’t like to get judged. The fanbase felt that Sukanya hit too close to home. That’s why Kody nearly exploded at her. The Sister Wives followers also feel that Kody withholds emotional and physical intimacy to force the wives to leave him.

Sister Wives: Who Is Sukanya Krishnan?

Sister Wives Tell-All was hosted by a popular South Asian American news anchor, Sukanya Krishnan. She sat down for a candid interview with all the cast members. Moreover, she pointed right at the spot and wasn’t afraid to ask hard-hitting questions about the family drama. So, who is Sukanya Krishnan? She is a six-time Emmy awards winner. On top of that, the stunning anchor has made history by becoming the first South Asian American to anchor news in the No. 1 market. She also hosted TLC’s “Find Love Live” from 2020. Moreover, the fanbase may remember from her hosting duties for another show on the network called 90 Day Fiancé: Love Games.

Sukanya has now hosted the first special Tell-All of Sister Wives. Krishnan amazingly tackled all the narratives of the show throughout the season. She even included the Brown family’s difficult phase during COVID-19

. During her conversation, she managed to get some pretty interesting revelations from Kody and the others. One of the main statements grasping the fans is her suggesting to Kody that he has emotionally abandoned his wives. Did you like the special episode? Let us know in the comments below. Till then, stay tuned to TV Seasons & Spoilers for more.
News