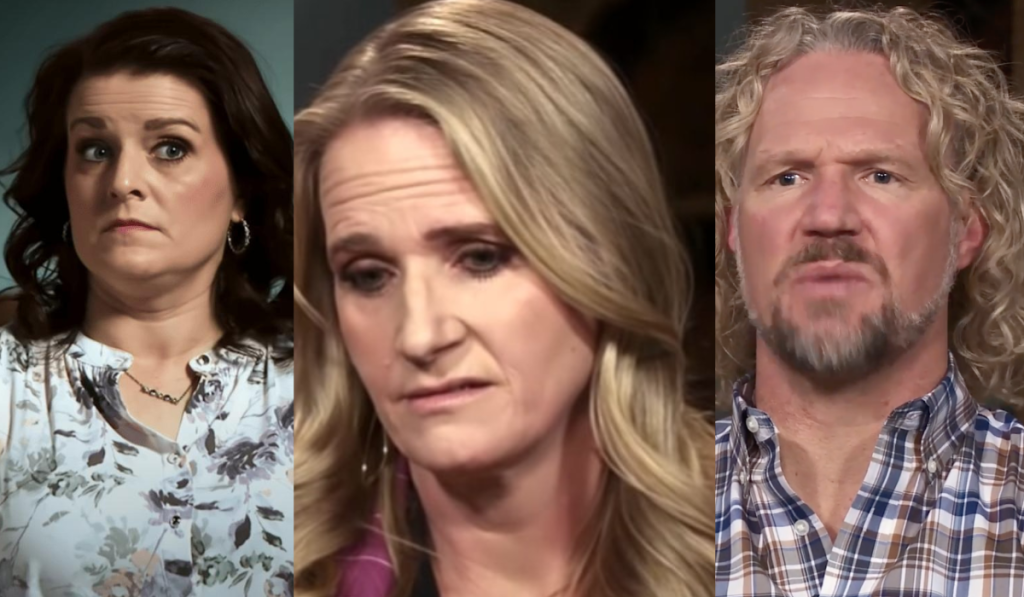 Sister Wives: Kody Brown “PUNISHED” Christine With “No Intimacy” Because Of Robyn?

Kody Brown is making numerous accusations against his ex-wife, Christine. The Sister Wives fans believe that the patriarch has honed how to “gaslight” people and has been doing it for years. The latest premiere reveals that Kody is trying to understand why his third wife is leaving him. However, he also defends his acts and himself by manipulating her. So, when Christine said that there’s no “intimacy.” People speculate that the polygamist withheld it because of Robyn. What else? Tune in with us to find out.

Fans are tired of listening to Kody Brown about why he did things the way he did. Hence, the Sister Wives viewers don’t find any possible “explanation or logic” behind Kody’s actions and words. So, when the ex-couple sat down to talk, many things came into the picture. Kody Brown noted that he didn’t feel attracted to his third wife anymore. He explained that Christine never treated the other wives equally. Well, papa Brown says in polygamy, every wife is given equality. However, the third wife refused to kid Robyn’s children. And that’s what bothered the family patriarch. Likewise, the ex-wife explained to her husband that she needed his support and affection. Hence, “two or three” times a year wasn’t enough.

On the contrary, Kody noted that he had other wives and children he needed to take care of. By other wives, the polygamist meant his favorite, “Robyn.” In addition, there was a time when Christine did feel jealous of the fourth wife. And now, Withoutacrystalball, Katie reveals that maybe Kody suppressed “intimacy” with Christine because she did not mother Robyn’s kids. Besides, the Sister Wives viewers have noted that papa Brown has attended to his fourth wife more than anyone in the family. Hence, the family dynamics changed when Robyn entered the picture.

Some also believe that Kody has a habit of punishing his significant others if they ever make him feel bad. Therefore, it could be possible that Kody stopped being intimate with Christine because she refused to do things for Robyn. Sister Wives star reveals during the clip that she was happy in the plural marriage when she had an “important place.”

The audience has felt it over the years and is now feeling it again. The accusations say that Kody Brown had abused his wives emotionally. The Sister Wives has been putting constraints on his marriage because he sometimes doesn’t comply with his wives’ thoughts. The TLC viewers note the time when Meri was catfished

, and Kody refused to be with her. The first wife noted how sorry she was, but papa Brown still holds grudges.

Likewise, when Janelle’s kids took their stand, Kody didn’t like it and evicted them. Hence, fans say that papa Brown hasn’t realized the intensity of his emotions and keeps ramming with his close ones. Besides, the same happened to Christine. And if to believe Katie, Kody might have suppressed intimacy because the ex-wife refused to be of any to the fourth wife. What do you think? Tell us in the comments below. And stay tuned to TV Season & Spoilers for the latest updates on Sister Wives.