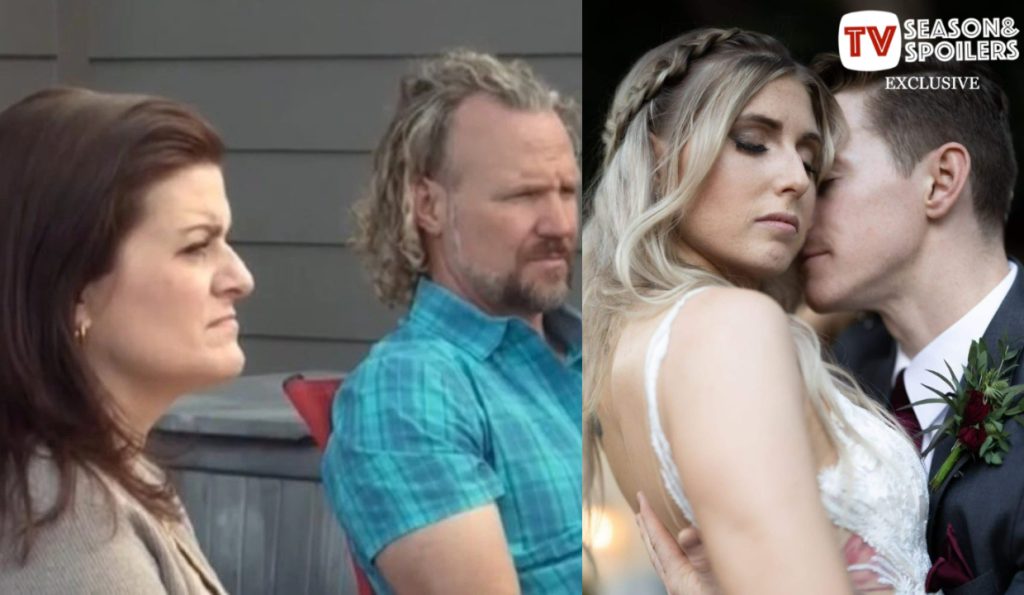 Kody and Robyn Brown from Sister Wives are the only couple who seem to have a good bond. In the latest season, Christine Brown left him, and he has been having problems with Meri and Janelle too. Fans blame him for not prioritizing his other wives as much as the fourth one. It seems like the rest of the Brown family has issues with Kody too. That’s because fans recently noticed something strange during his and Janelle’s son Logan’s wedding. Were he and Robyn treated like outcasts in the event? Keep reading to know more details about this.

Kody Brown has always been the notorious castmate since Sister Wives began. In the latest season, Janelle Brown mentioned how her kids have a problem with their father not treating their mother and the rest of his kids right. His only priority seems to be Robyn and her family. This has caused a lot of stir in the entire plural family. The evidence for the same was present at Logan Brown’s wedding too. Janelle and Kody’s eldest son said I do to his longtime partner Michelle Petty at a beautiful ceremony. TV Season & Spoilers also revealed exclusive pictures of the wedding. That’s when viewers noticed something strange about the plural family dynamics at the event. This made the audience feel like the rest of the plural family had a bone to pick with Robyn and Kody Brown. Apparently, something shocking happened at the special event, and fans are talking about it.

Neither Kody nor Robyn were present in any of the family photos the rest of the Browns put up on their Instagram handles. Although they were present at the ceremony, all other family members didn’t bother to post photos with them. Moreover, the first row is usually reserved for the groom’s parents in all wedding ceremonies. Yet, Kody and Robyn took seats in the second row with the Bride’s parents. On the other hand, Janelle was in the front row. Because of all these reasons, speculations suggest that Kody and Robyn were treated like outcasts in the ceremony. In the latest season of Sister Wives

, a lot of people have expressed disapproval of Kody spending most of his time with Robyn. Yet, there is no confirmation about it, just a theory going around on the internet.

Another theory has been going around in the Sister Wives fandom since Logan Brown’s wedding. Many feel that Janelle and Kody Brown won’t last long, either. As mentioned above, the second wife was in the front row during the ceremony. However, Kody and Robyn were in the second. Seeing the distancing between the groom’s parents, fans feel Janelle and Kody are not on good terms either. Fans are already seeing their issues unfold in the latest season of their reality show. So, viewers feel there is a strong chance that Janelle will be the next wife to call it quits with the polygamist.

However, an inside source revealed something different a while ago. They mentioned that Janelle had no plans of leaving Kody. That’s because she finds the marriage “adequate” and thinks of her husband as her “best friend”. The main castmate thinks her bond with her husband is “perfectly content”. Apparently, things haven’t changed between the two, and the man “respects” her. Hence, Janelle and Kody breaking up

don’t seem to be in the picture as of now. This still doesn’t change the fact that her kids don’t seem to be happy with their father’s behavior. Keep coming back to TV Season & Spoilers for more Sister Wives updates.