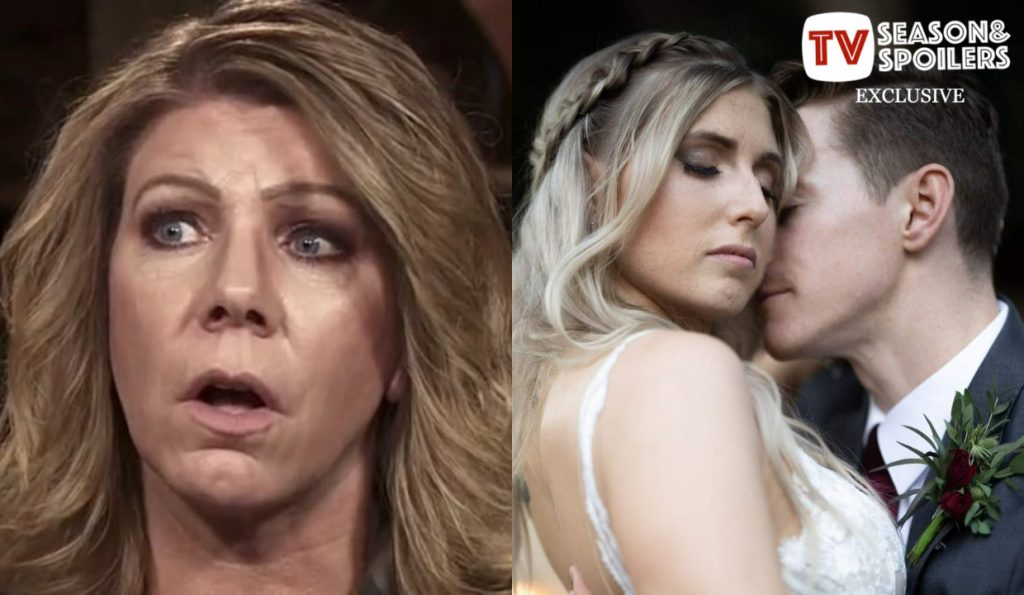 Sister Wives: Meri Didn’t Attend Logan’s Wedding Despite Being In The Same City?

Meri Brown has been Kody Brown’s first wife. However, they have had a most troubling marriage. Yet she continues to be a part of the family but comes off as a lone wolf. Yet, she gets a lot of love and appreciation from the Sister Wives audience. Lately, Janelle’s elder son Logan Brown said ‘I do’ to his longtime partner, Michelle Petty. Almost all members of the Brown family were part of this lavish ceremony. But Meri was nowhere to be found. It turns out that she was not present at the huge family gathering. Was she not invited? Keep reading more to find out all the details about this.

Meri Brown has a troubled relationship with Kody Brown. Although she is an important part of the plural family, she still comes off as someone who likes being on her own. Fans continue to shame the polygamist for mistreating her. The plural family had a huge event lately. That’s because Janelle and Kody’s eldest son, Logan, finally walked down the aisle with his longtime girlfriend, Michelle. TV Season & Spoilers revealed some exclusive photos from their big day. Most of the family members became part of this lavish ceremony. As mentioned above, Meri wasn’t there. Hence, speculation began that there must be a rift in the family going on. Hence, the first wife didn’t attend the event.

Shockingly Meri, as well as the rest of the Browns, were in Las Vegas itself. Yet, she didn’t go. After some digging on her Instagram, TVSS found out that Meri has started her 10-day trip for fun and business. It would require her to cover four states. Hence, the Sister Wives star couldn’t attend Logan’s wedding. Moreover, Meri’s child Leon and their partner, Audrey

, became part of the event. Both of them went to the ceremony and even put up pictures from the same. This just means that there are seemingly no grudges between Meri and the family; she just had other work commitments.

Sister Wives: Meri In Utah Because Kody Asked Her To Leave?

Last year, Meri Brown had been making a lot of posts from Utah. Hence, speculation on the internet suggested that she probably became the second wife to leave Kody. However, the truth is finally out as the new season of Sister Wives has hit the TV screens. The patriarch wanted Meri to move to Utah. He made her do so to take care of her late mother’s heritage inn. But viewers felt differently. Many pointed out that Kody and Meri don’t share a good bond anymore. Hence, he just told her to move back to Utah to push her away from the rest of the family.

It was quite a heartbreaking thing to watch. Meri had to go through a huge loss in the latest season. TLC captured her losing her mother. She was unable to make it to the hospital to spend her final moments with Bonnie. It was a devastating blow for the castmate. While the rest of the stars, like Kody, Christine, and Robyn, paid tribute to her through their confessionals, no one accompanied Meri in person during this tragic period. This incident upset the fans again. Keep checking TV Season & Spoilers