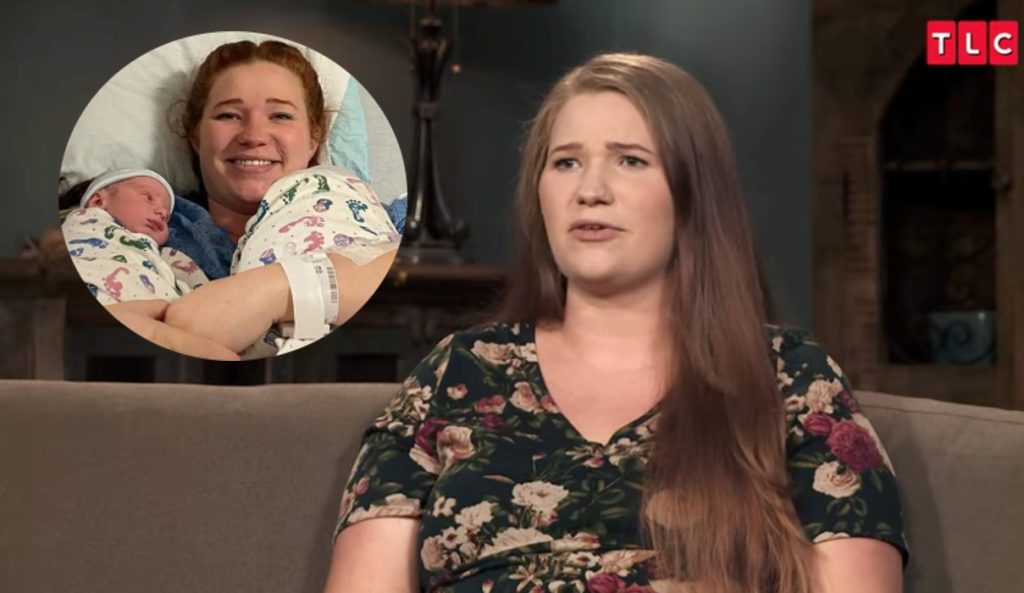 Mykelti Brown, daughter of Christine and Kody, was a crucial part of TLC’s Sister Wives. She originally appeared on the show as a young child.  However, the show debuted over a decade ago, back in 2010. In addition to being married during this decade, Mykelti also gave birth to three children. She and her spouse Tony Padron had a girl first. They then had twins. Well, Mykelti has been offering wise observations about parenting as they struggle to raise three children in a house full of children. However, her latest post seems to annoy the fans. Mykelti recently shared her views on postpartum, and her statement about postpartum depression disappointed the fans. Let’s see what’s her opinion.

Mykelti Brown, the daughter of Christine and Kody, has been under fire for shocking remarks she made regarding postpartum depression women. As per TheSun, Sister Wives star Mykelti recently shared her opinions on motherhood in a TikTok video. This includes the reason she thinks some mothers experience postpartum depression. She opened the video by saying that both Robyn, and her mother, Christine, had “very bad” postpartum. Mykelti then expressed her views on what she believed led to the turbulent emotional period. In her video, she states that many cases of postpartum depression might result from not receiving as much attention as you did before your children arrived.

The TLC personality explained in the video that she believed postpartum might result from not consuming the placenta from the subsequent delivery. She asserted that if the placenta is not reinserted into the body, postpartum depression will result. According to Mykelti, a person’s “placenta” has “all of the nutrients” that their body needs to “develop and create” throughout a pregnancy. The Sister Wives star then goes on to say that mothers lose all of that “happy juice” (placenta) when they give birth. Hence, Padron strongly recommends putting one’s placenta in capsule form after drying it out. Although Mykelti may have started TikTok to reduce the likelihood that people would experience postpartum, her remarks drew a lot of criticism. In fact, many mothers that are going through postpartum depression felt that she was mocking them.

Sister Wives: Fans Are Slamming Mykelti For Her Statement

As Mykelti’s video got up, fans started criticizing her. Her statement about postpartum depression lit the fire. Fans got frustrated and slammed her for her remark. One fan said that the idea that Christine ever received any attention throughout her pregnancy is ‘f**king nasty.’ However, others said that she’s never experienced actual PPD. And to say that women acquire PPD for trivial reasons or attention-seeking behavior is extremely disrespectful. It’s terrible and unrelated to drawing attention. Sharing their experience, they said that women cried nonstop for several weeks. However, it’s not the first time when Mykelti got criticized by fans. At this time, she got slammed for her opinions on postpartum; a few days earlier, she got criticized for sharing a photo online of her breastfeeding her baby.

A few days before, Mykelti shared a selfie of herself while she was breastfeeding her newborn. Fans believe such things are to be done in private, and they slammed her. However, Christine and Kody Brown’s daughter criticized the “sad” people who advised her to “cover up or conduct” breastfeeding “in private.” She shared a lengthy caption for all her critics. Comparing the situation with adults, she said that adults tend to eat anytime and anywhere when they are hungry. Hence, it is not fair on her side to slam her for the act. She also wrote that she has ensured that her entire nipples are covered. So, what are your opinions on this act? Let us know in the comment section below and until then, keep coming back to TV Season & Spoilers