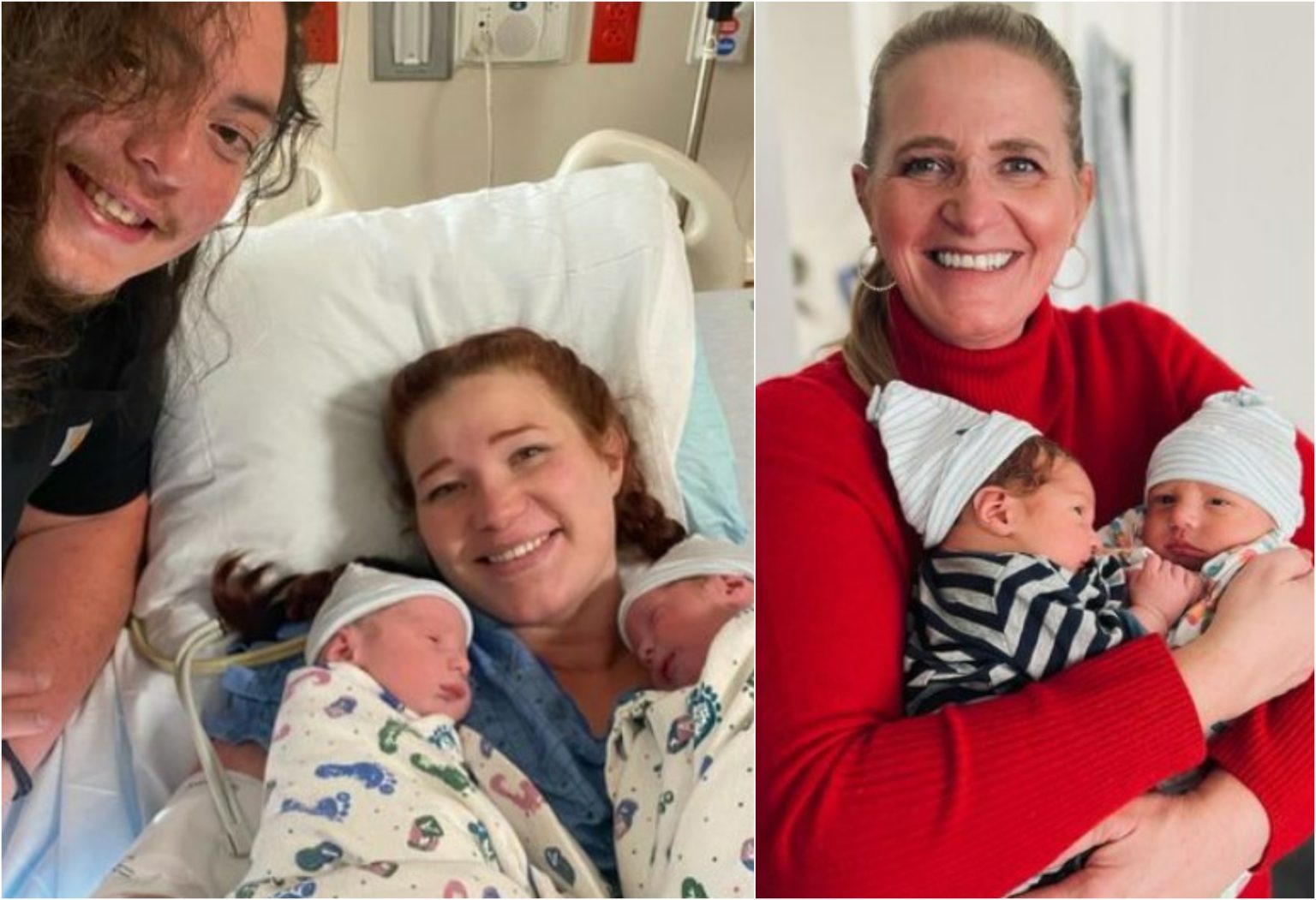 The Sister Wives family is growing, and fans are all for it. Fans know that Kody and his wives have 18 kids altogether, and now some of these kids are getting married and having children. Fans knew about Christine’s daughter Mykelti being pregnant lately with twins. The star already had a baby girl and was now pregnant with two boys. Fans were waiting eagerly for the family to get complete. However, your wait seems to be over, as Christine’s daughter has finally given birth to her twins. We have all the information about the kids and the family, so if you want to know it, keep on reading.

Sister Wives: Mykelti’s Both Mom(s) Were Present In The Hospital

The Sister Wives star kid Mykelti tied her nuptial knot with Tony Padron in 2016. The couple fell head-over-heels in love with each other and welcomed their first child nearly five years later in 2021. Fans know that Mykelti wasn’t attending events lately because she was pregnant with her twins. She also missed her brother Logan’s wedding in the process. Fortunately, the Padrons have welcomed their twins. Mykelti took to Instagram and shared the news with her fans. The pair named their children Archer Banks Padron & Ace McCord Padron. The TLC star informed that Archer came first, weighed in at 6.15 lbs, and measured 19 inches.

The second one also didn’t take much time, and within two minutes, Ace came into the world. He weighed 6.8 lbs and also measured 19 inches. During the birth, Tony, Christine, and Robyn were present. But, the Sister Wives patriarch Kody missed the birth. Before the birth, Christine shared how excited she was to know that her daughter was now becoming a parent. The 50-year-old says she almost lost her mind when she got to know that the couple was having twins. However, she acknowledges that Tony and Mykelti make great parents earlier as well.

Sister Wives: Not A Home Birth This Time?

The Sister Wives fans know that the family has a legacy of having home births. Even Christine had all her six kids at home. So, Mykelti also decided to follow the same while her first delivery. She selfishly wanted the pregnancy to be all about herself. So, the star kid wanted her husband, mom, and Robyn to be with her at that time. Fans know that Mykelti and Robyn share a strong bond in spite of the issues her parents have. Though Robyn couldn’t come because of Kody’s strict rule, she Zoomed in for the entire duration.

However, things took a dangerous turn when the umbilical cord took sever turns around Avalon. Though Mykelti delivered her safely, it was alarming for the parents. Hence, when they heard about their second pregnancy, that too with twins, the couple decided not to take any kind of risk and to go with what the doctor said. The interesting part is that Sister Wives crew and cameras were there even in the hospital. So it makes it clear that Season 18 will also feature Mykelti’s birth. Keep coming back to TV Season & Spoilers