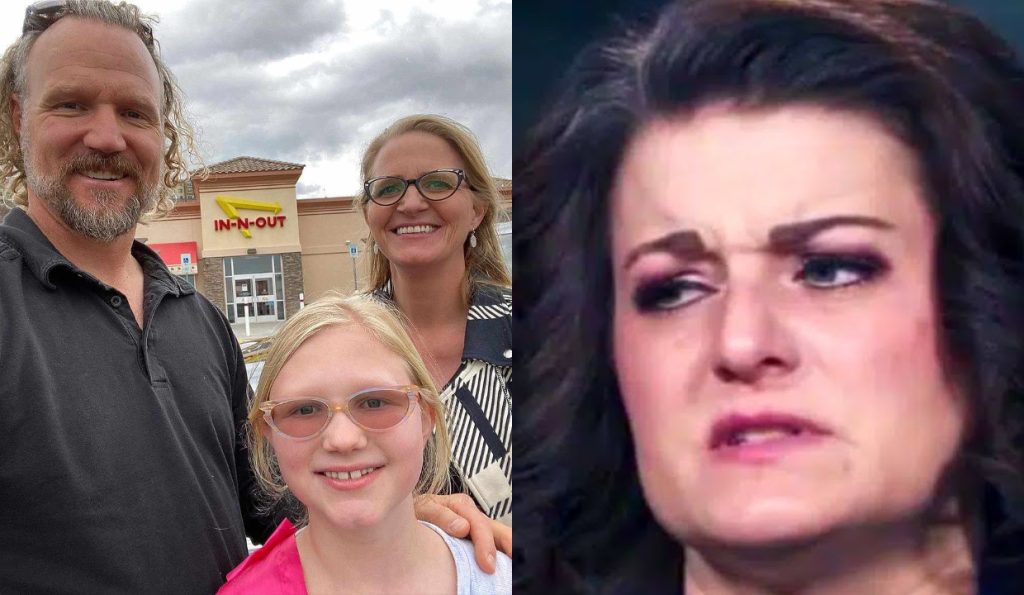 Sister Wives: Robyn Won’t Let Truely Live In Her House If Kody Gets Her Custody?

Although Christine from Sister Wives has her heart set on leaving Kody, they are still discussing a lot of things. Not only is Christine separating from her polygamist husband and the rest of the family, but she is also moving away to Utah. The head of the family had a problem with this. He also had issues with his ex-wife taking away their youngest daughter Truely with her. Hence, he began demanding 50-50 custody of their little girl. Moreover, Kody also offered a room for Christine’s daughter in his and Robyn’s house. Will she allow such a thing? Keep reading to know more details.

Sister Wives: Kody Insists Truely Gets Her Own Room In Robyn’s House! Will She Allow It?

Truely Brown is the youngest daughter of Kody and Christine Brown and is merely 12 years old. Hence, her mother had a tough time explaining her divorce to her child and the decision to move away. While, Truely came to terms with going to Utah, her father had a problem with it. In fact, Kody wants half of her custody. In order to be more accommodating, the polygamist stated that their little one could have her own room in his and Robyn’s house. He appeared serious about spending more time with his girl after the separation from Christine.

As per tvshowace, fans began to discuss Kody’s statement about Truely getting a room in Robyn’s house. Many mentioned that Robyn has never been the “sacrificial” kind of person. Hence, they doubted if she would let Truely have a room in her house. Apparently, Kody didn’t even discuss this with his fourth and allegedly “favorite” wife before making this promise. Well, only the upcoming episodes of Sister Wives Season 17 will reveal how Robyn reacts to this. Many believe that it could cause a rift between the couple. Well, one will have to wait and watch the series to get the answers to this.

Kody Brown has been hellbent while making sure he gets to spend time with Truely after Christine moves away. In order to make sure he will be able to do this in the future, Kody lied to Christine. He told her that Arizona laws state that separated couples must have a child custody agreement or else the State will have control over Truely. Christine didn’t understand why it was necessary for them to go through all the hassle. Kody didn’t even admit to lying but said he got “creative” with his words.

Christine mentioned in the confessional that Kody not spending enough time with her and the kids was a part of the problem in their marriage. Hence, she would never have problems with her former husband spending time with the kids. Thus, it was very illogical of him to hire lawyers and get an official agreement to do it. Kody stated that he couldn’t trust his third wife after she decided to leave. So, he is all for getting a child custody agreement. Stay tuned to TV Season & Spoilers for all the exciting Sister Wives updates.