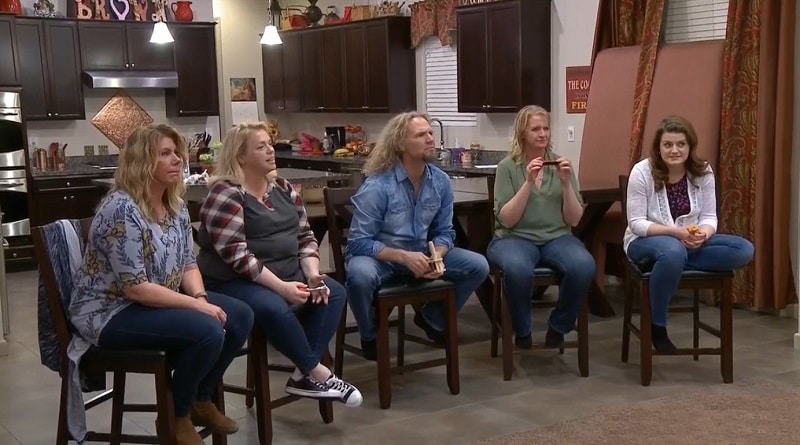 Sister Wives: The ‘Tell-All’, The Wives Finally Spill The Beans

The latest season of Sister Wives has finally come to an end. Well, the show has always submerged its fans with numerous drama-worthy episodes. More so, it has been going on for more than ten years, and since then, the cast members have fully entertained the fans. Season 16’s last episode showcased Christine and Kody’s marriage downfall. Kody stated that he didn’t want to be intimate with her anymore. His revelation indeed broke Christine. So now, fans are eagerly waiting for the infamous Tell-All episode where the host will question the cast members individually. Let’s delve into deep details for Sunday’s reunion episode.

Sister Wives has marked the end of its sixteenth season. However, it has surely left the viewers with major cliffhangers. That’s because fans are now wondering the ifs and buts of each member. Well, worry not. TV Season & Spoilers have got you covered. TLC has recently shared a recent sneak peek of the much-awaited Sunday’s Tell-All of Sister Wives. The host, Sukanya Krishnan, will be interviewing each member of the Brown family. So, stay tuned for the secrets to being unmasked.

The three-part special event will begin on Sunday. It will be the first time the Brown family will be one-on-one. So, get ready as the wives will surely spill the tea. In the first clip, Kody remarks that one of his wives does not like ‘polygamy.’ He retorted, ‘That’s crap.’ He mentions that they have such beautiful children and memories. Then, in another clip, Janelle Brown says, “Should I respect you?” Also, she added, “you are dividing the family.” And then, there’s Robyn crying and saying that she doesn’t understand how giving up is an option when you haven’t tried.

The reunion episode seems more interesting than the reality show itself. Further, the host, Sukanya, asks Christine Brown where her relationship with Kody stands as of now? Christine replies and says that she and the patriarch are divorced

. They even discuss Meri’s s ituation with Kody and how she’s stuck with the family.

Sister Wives: Kody Brown In A Sexless Marriage For 10 Years

Although Sunday’s special ‘Tell-All’ will feature each member’s one-on-one, it looks like there’s more to it. People have exclusively reported Meri’s confession about her relationship with Kody. The first wife hasn’t got enough platform to share her thoughts on the marriage. However, this time she’ll be spilling a lot. More so, Kody also speaks upon his issue with Meri. He tells the host that they have been in a sexless marriage for about ten years. Meri confirms the same.

The host was seen asking Meri why she’s still with Kody when he has clearly stated that he wants to be just friends and nothing more. Meri replies that she does not want to. She says that it doesn’t make sense to her when people ask this. Meri’s followers feel that she should follow Christine’s trail and leave the family head. However, Meri chooses to stay and says she and Christine are two different people with different values.

Kody Brown spoke honestly and stated that he did not feel safe with Meri for the first time. He points out that his intimacy with Meri is damaged. That’s because the catfishing scandal woke him up from a daze. Stay tuned to TV Season & Spoilers for more updates.