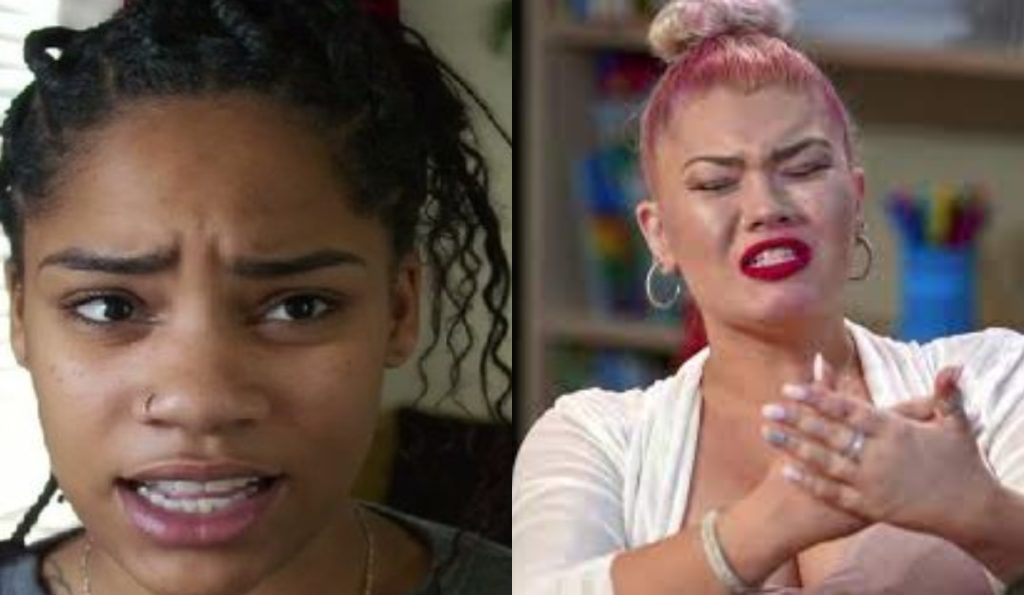 Ashley Jones first appeared in the MTV show 16 & Pregnant. She then went on to appear on Teen Mom. So far, she has had a good reputation. However, a recent controversy has landed her in trouble. It turns out that she and another star from the show, Amber Portwood, are arch nemesis now. It all happened after an incident after both of them, and some other Teen Mom stars were present at their reunion. Following this, Ashley ended up leaking a phone call between her and Amber. Keep reading more to know more details about it.

Ashley Jones has mostly had a good reputation since she started her TV show career. However, during the last Teen Mom reunion, she got into a physical altercation with Briana DeJesus. Well, the controversy died down in no time as she blamed the producers. It looks like the celebrity has other fights trailing behind her name too. As per TheSun, one of her new enemies is Teen Mom OG star, Amber Portwood. Both of them, along with some other castmates, got together to film a reunion episode.

Things took an abrupt turn when some of the Teen Mom stars were leaving in a van, and Amber was in it. Apparently, Ashley thought it would be fun to twerk at all of them. Well, Amber found this gesture very problematic. At first, the source had not revealed that Portwood was part of the feud. Well, it became quite clear when Ashley took to her social media to reveal a phone call between her and Amber. In it, the latter was calling the former a “b***h”. Ashley then urged everyone to subscribe to her profile to listen to the rest of the controversy.

Teen Mom: Fans Side With Amber & Slam Ashley Jones For Her Leaked Audio And Other Acts

While Amber Portwood has been to prison and earned a bad reputation after appearing in Teen Mom, fans sided with her. In a shocking turn of events, many found Ashley’s wish to twerk on the other stars very “disrespectful”. Many pointed out that Jones’s future job is as a nurse. Hence, indulging in such acts isn’t a “good look” on her. There were others who noted that Amber is usually the most controversial star. But, for a change, fans sided with her, saying she was right for feeling disrespected after Ashley’s twerking.

Fans found it problematic that Ashley Jones was using “cheap tactics” to make a profit out of the whole controversy. That’s because the star urged everyone to get her subscription in order to listen to the whole phone conversation between her and Amber. Hence, the audience feels that Jones lacks “maturity” and hasn’t been dealing with the situation well. Intially, both Portwood and Jones were on good terms with one another. However, the latest spat has soured their relationship. Will both of them address this fight in the show? Well, only time will tell. Until then, TV Season & Spoilers

has all the latest Teen Mom updates for you. So, stay tuned.