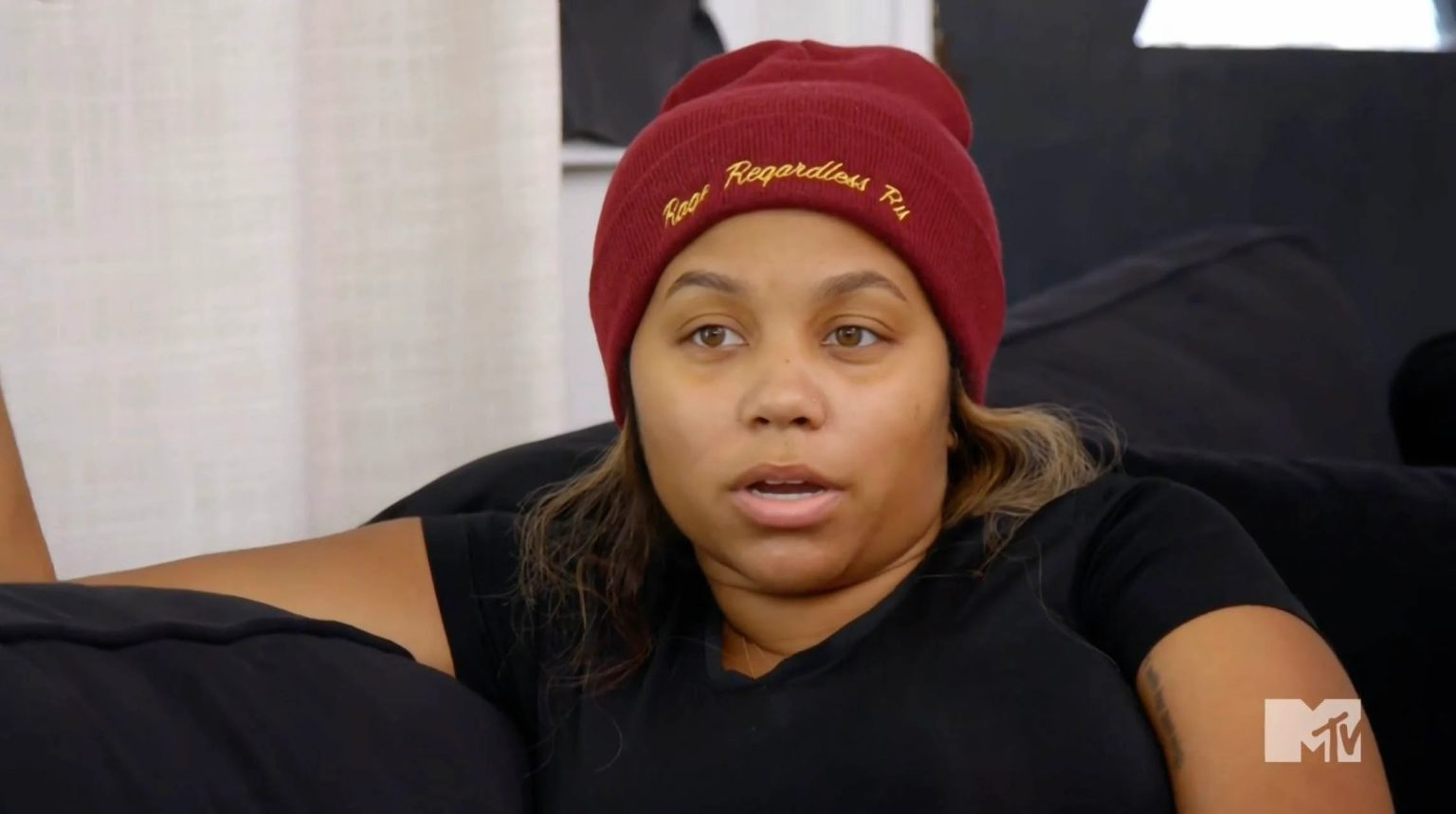 The Teen Mom: Family Reunion Season 2 brought out fear of the stars. They have tried to do things out of their way in the season. In the teaser of the upcoming episode, Maci Bookout fearlessly went in for bungee jumping and suggested her co-stars do it too. However, Cheyenne Floyd was reluctant to do it since she recently had breast surgery. The surgery happened after the mother of two underwent a car tragedy where they were shot 13 times. However, while going on vacation, the star revealed an unknown detail of her life to fans.

Teen Mom: Cheyenne Floyd’s New Name Does Not Sound Like Her, Fans Shocked!

Cheyenne is currently married to Zach and shares her son Ace with him. She also has a daughter, Ryder, who is five years old and shares with her ex-boyfriend, Cory Wharton. The couple is off to Dubai for a vacation from LAX Los Angeles International Airport. Additionally, Zach shared a snap of the pair’s business class tickets which showed their real names. The name read Kristyn Floyd and not Cheyenne Floyd. Further, fans were shocked and discussed it in the comment section. A fan stated that the Teen Mom looks more like Cheyenne than Kristyn. The newly discovered name does not suit her at all.

Additionally, followers ridiculed Cheyenne’s sister’s name, R Kyle Lynn. They feel that the Teen Mom star’s name is a more feminine one. Others speculated that Cheyenne is probably her middle name and Kristyn first. The Teen Mom alum slipped her real name while enquiring about SkyMiles membership. Although she scribbled her membership pin, the star did not hide her name. Another fan inquired about her getting a Silver SkyMiles membership. The reality-tv star revealed her recent boob job in the show’s teaser.

Sadly, a car accident damaged her breast implants. However, she opened up about her plastic surgery journey in a Q&A session on her social media. Cheyenne confessed that Dr. Ghavami did her first boob job, and she fell in love with it. The doctor also fixed her second breast after it got damaged during the accident. Additionally, the reality-tv star feels the most confidence in her current shape and size. She has not failed to flaunt her implant breasts on her Instagram. Cheyenne has posted several pictures showing off her cleavage.

The Teen Mom alum has been at the forefront in flaunting her cleavage, especially after her second boob job. Cheyenne showed off her upper body wearing a triangle bikini during her honeymoon with her husband, Zach, in Jamaica. Her confidence allowed her to open up about her surgical procedures. The reality TV star had fat implants from various parts of her body, as revealed in an Instagram Q&A. In a Teen Mom: Family Reunion confessional, she spoke to hosts Drew

and Nessa about her anxiety after the car accident.

The mother of two revealed that it had worsened after the accident. Her kids were too small to understand, but her daughter Ryder remembers the details. Gradually, the anxiety subsided, and Cheyenne could go out of the house and drive a car which took a long setback after the incident. The mother of two also stated that she is legally inhibited from speaking about the shooting tragedy. For more exciting news updates, stay tuned to TV Season & Spoilers.