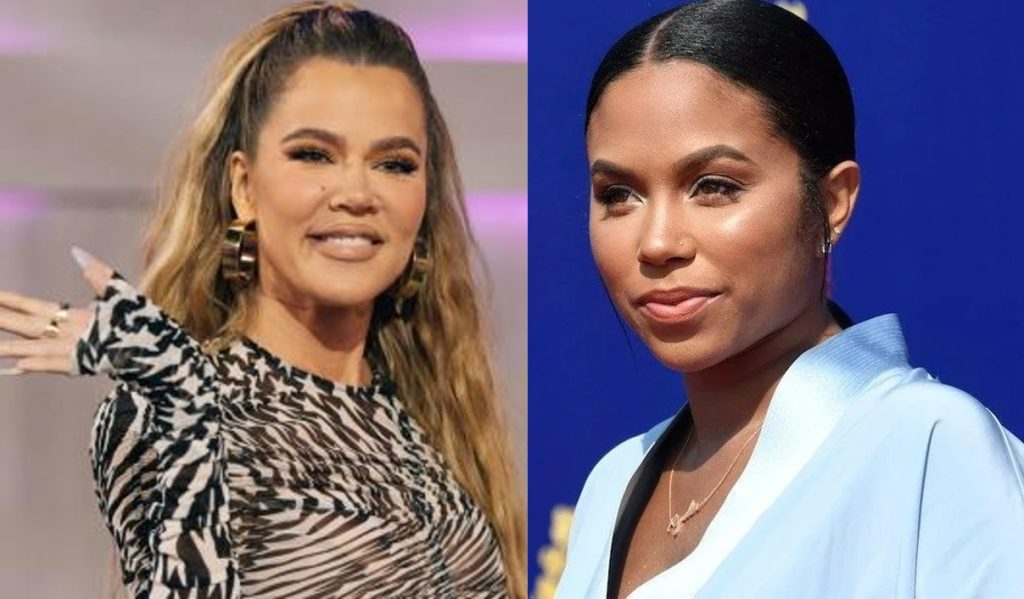 Teen Mom alum Cheyenne Floyd Davis is quite into the news. Lately, due to her breast implants and now being connected closely to the Kardashians. She shares a son, Ace, with Zach and a 5-year-old daughter, Ryder, with ex Cory Wharton. While shooting the last few episodes of Teen Mom: Family Reunion Season 2, Cheyenne refused to jump bungee. The reason being her recent breast surgery and the possibility of them ‘bursting’ due to heavy physical activity. The reality-tv star went to Dubai to celebrate New Year with her husband, Zach Davis. However, a Kardashian’s recent comment on Cheyenne’s picture has surprised fans.

Yris Palmer is a close friend of The Kardashians fam. On New Year’s eve, she posted an Instagram post with the Teen Mom alum. Yris wore a body-fit designer black dress with linear patterns while carrying a little black bag and golden jewelry. On the other hand, Chyenne wore a black dress with patterned ends and black heels. The YouTuber captioned the picture with ‘Issa look’ while sharing the quick bathroom snap. Fans and followers took to the comments, complimented the looks, and enquired about the gorgeous dresses.

The shock came when Khloe commented on the pictures with three heart emojis. People were surprised to see Cheyenne hang out with someone so close to the Kardashian family because let’s admit, it became a big deal! Although followers were more concerned about the loss of relativity with Cheyenne. The reality-tv star made her way through the fame and wealth of Teen Mom, but the show is grounded. It showcases the lives of teenage mothers, which the general audience can relate to. However, Cheyenne’s hanging out with a circle of comparatively richer and privileged people reduces her relationship with the target audience.

Fans took to their favorite platform, Reddit, to discuss the same. A user claimed that the star’s kids going together to the same school is how they came closer. Additionally, others suggested that Cheyenne is a rich spoiled girl hailing from Cali. A fan affirmed that the Teen Mom alum had a lot of money even before she joined MTV. However, another argued that she does not have Kardashian-adjacent money. These are mere claims and have not confirmed the news, but maybe friendships can grow beyond cash? What do you think about this? Tell us in the comments below.

Cheyenne posted a picture of herself with Dubai lights in the background. The Teen Mom celeb aced a golden and green dress with furry sleeve ends. Additionally, she accessorized her outfit with a shimmery silver bag and silver heels. The dress had cut from the sides and huge slits starting from her upper thigh. However, the fashion designer could have faced a wardrobe malfunction if the dress had moved slightly. Cheyenne also went shopping, shared pictures of her Lamborghini, and captioned it ‘Lets go shopping’.

Further, Cheyenne and Zach also visited a mosque and showed off their outfits. While Cheyenne wore a full black dress with golden embroidery, Zach rocked a completely white outfit. The duo wore clothes of the land’s inhabitants though just a little more glamorous from Cheyenne’s side. What are your views on Cheyenne and Yris’s budding friendship? For more exciting news updates, stay tuned to TV Season & Spoilers.