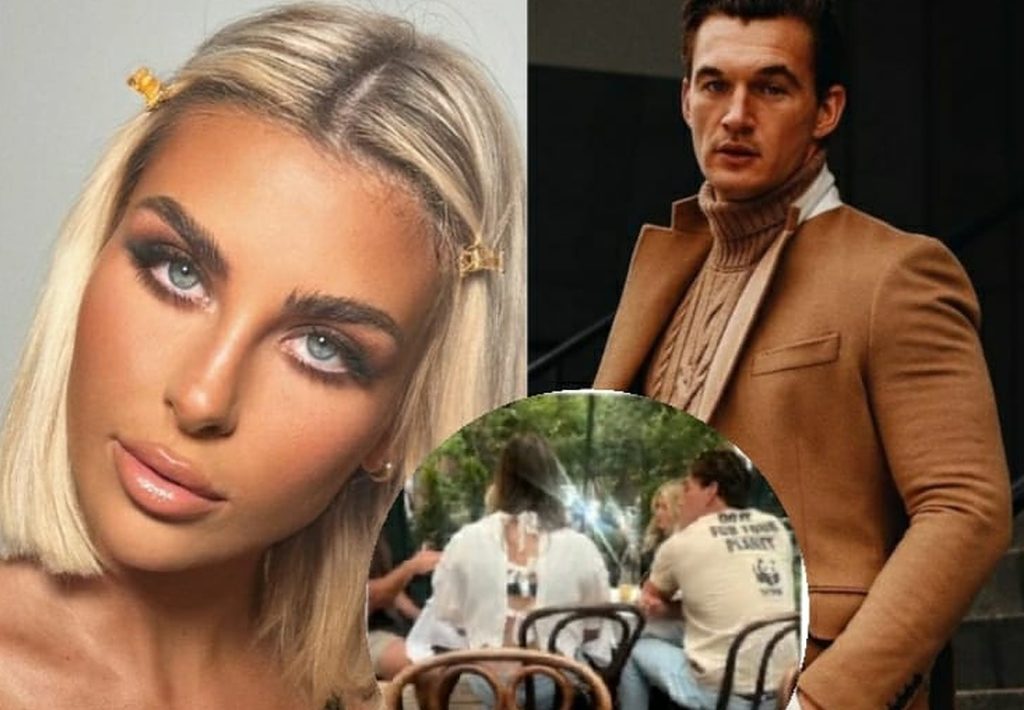 The Bachelorette: Tyler Cameron Was Two-Timing While Dating Paige Lorenze?

If you have ever wondered what a “ladies’ man” is, look at Tyler Cameron’s dating history. From dating the supermodel, Gigi Hadid to being with Kylie Jenner’s best friend, Tyler’s love life includes the name of some of the top models and celebrity stars. Although he hits the headlines often, Tyler has been trying to keep his dating life under wraps for the past few years. Nonetheless, the shocking trend did not last long, and last month, The Bachelorette runner-up introduced his new girlfriend to the fans. However, the love flame was blown away after he announced his separation. Now, recently, Cameron was spotted partying around with a mystery girl. Fans speculate that he was dating two girls at a time. Keep reading to know who he is dating now and why he broke up with his girlfriend.

The Bachelorette: Tyler Cameron Spotted Partying With A Mystery Woman, Did He Cheat On Paige?

Tyler appeared in the Season 15 of The Bachelorette. He was head over heels in love with Hannah Brown, who ultimately dumped him in the finale. Although Hannah decided to go with Jed Wyatt, Tyler showed interest in dating her after the show. Nonetheless, his promise was crushed after he was spotted with Gigi Hadid. The couple reportedly were together for a few months before separating ways. However, neither Tyler nor Gigi put light on the rumor. He was later snapped partying with several other beauties, including the social media influencer Stassie Karanikolaou and model Elizabeth Turner.

And most recently, Tyler Cameron was spotted enjoying a party at a club in New York. He was seen with a mystery woman, who held his waist. The couple was partying till the morning hours. An eyewitness revealed that they were seemingly enjoying each other’s company. Fans are now speculating that Tyler was two-timing with Paige Lorrenze. However, the rumors about Cameron cheating on his ex-girlfriend are not proven true yet. Although his dating life generally lasts for a few months, fans still criticize him for his “Playboy” behavior. A fan page account posted his intoxicated picture with a mystery woman saying, “This man has a new flavor every week.”

The Bachelorette: Paige Lorrenze Was Unaware Of Tyler’s Public Confession

The Bachelorette alum made his relationship official with Paige Lorrenze with a public kiss. The couple was spotted together on the street, sharing a steamy kiss. And now, they have split their ways. Although, there was nothing serious about them. Their relationship was at the initial stage, and the couple was in the getting-to-know phase. Seemingly, it did not work out, and they called it quits. The model said that she was unaware of him publicly revealing the news. Nonetheless, it did not bother her. She said, “it just feels weird.”

Meanwhile, fans are much more interested in knowing about the new mystery woman spotted with Tyler. Besides, he had received brutal comments from fans for switching from one girl to another. One user wrote on Instagram, “He’s always been a ***boy mess.” She added, “People let it slide because they thought he was good-looking.” As for now, there is no update on who his new love interest is. For more updates, stay tuned to the TV Season & Spoilers.