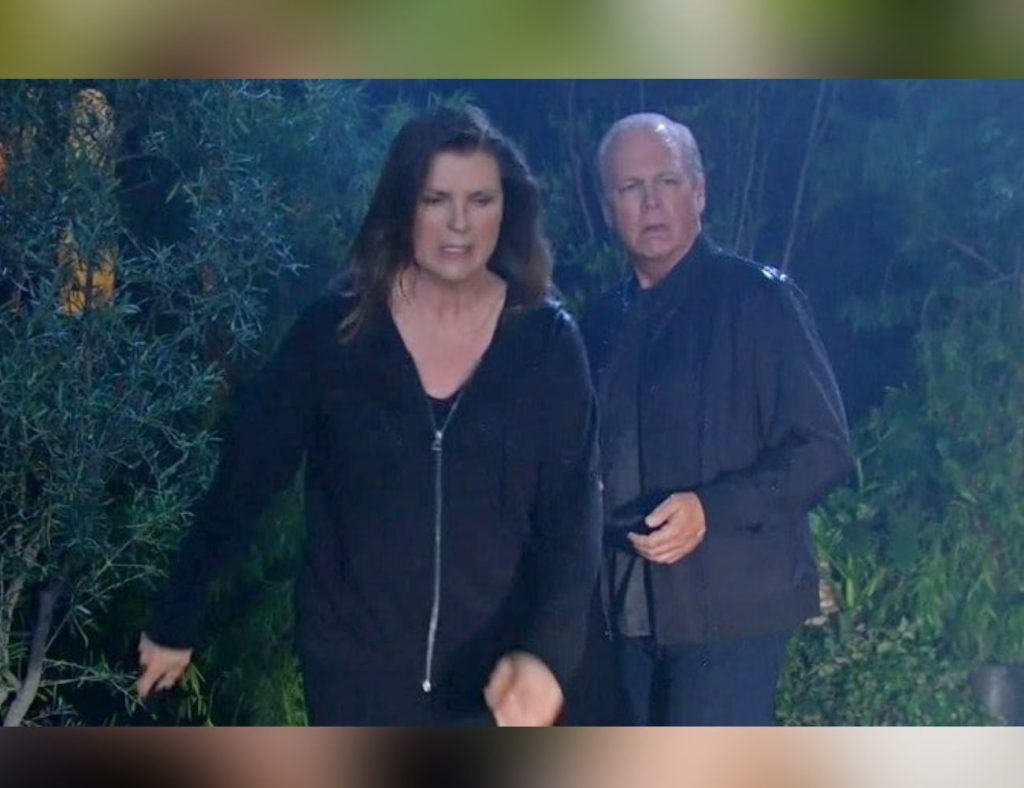 The Bold And The Beautiful: Another Man Becomes A Part Of Sheila’s Plan, Latest RETURN Shakes Things Up

Sheila Carter on The Bold and The Beautiful is the human form of the Black Widow Spider. Every man who gets close to her gets tangled in her toxic web of passion and crime. However, ultimately leaving heartbroken because Sheila Carter only loves Sheila Carter. Amongst the latest pool of victims, the most notable was Deacon, who got embroiled in harboring a fugitive, Sheila, putting at risk his relationship with his daughter Hope. Another one on the verge of being collateral damage is Bill Spencer, if he doesn’t play his cards right, that is.

However, despite the fact that this happens every single time on The Bold and The Beautiful, They all still keep going to Sheila, like a moth to a flame. Some of them, more than just once. Today, we are talking about one such man, who has already tasted heartbreak at Sheila’s hands. And yet, he is about to return as a player on Sheila’s chessboard. It is none other than police officer Mike Guthrie. But can this knight save the queen? Or will he become a sacrificial pawn in the game?

Will Mike Guthrie Prove To Be Sheila’s Savior On The Bold And The Beautiful Yet Again?

Long-time viewers will remember Mike Guthrie, played by actor Ken Hanes on The Bold and The Beautiful. The last we saw of this smitten kitten policeman was in July 2022. He helped Sheila escape by freeing her from Li’s captivity. Later, he proposed to Sheila with his undying love. However, Sheila rained all over his parade by turning down his proposal. That was the last we saw of Mike. The latest spoilers reveal that Mike will be returning to screen on the January 4th episode.

Interestingly, The Bold and The Beautiful spoilers reveal that Sheila will, after all, get arrested in ti upcoming episode. Thus, if she has any hopes of getting help behind bars, it can only come from someone with that access. And who can have more access to a prisoner than a police officer? However, it will be interesting to watch if Mike really will help Sheila

There is an off chance that he has become immune to the siren’s charms after the heartbreak. In fact, for all we know, he might take this as an opportunity for revenge? Which of the two look more plausible to you? Please share your views in the comments. Meanwhile, stay tuned to CBS over weekdays to find out what happens next on The Bold and The Beautiful.