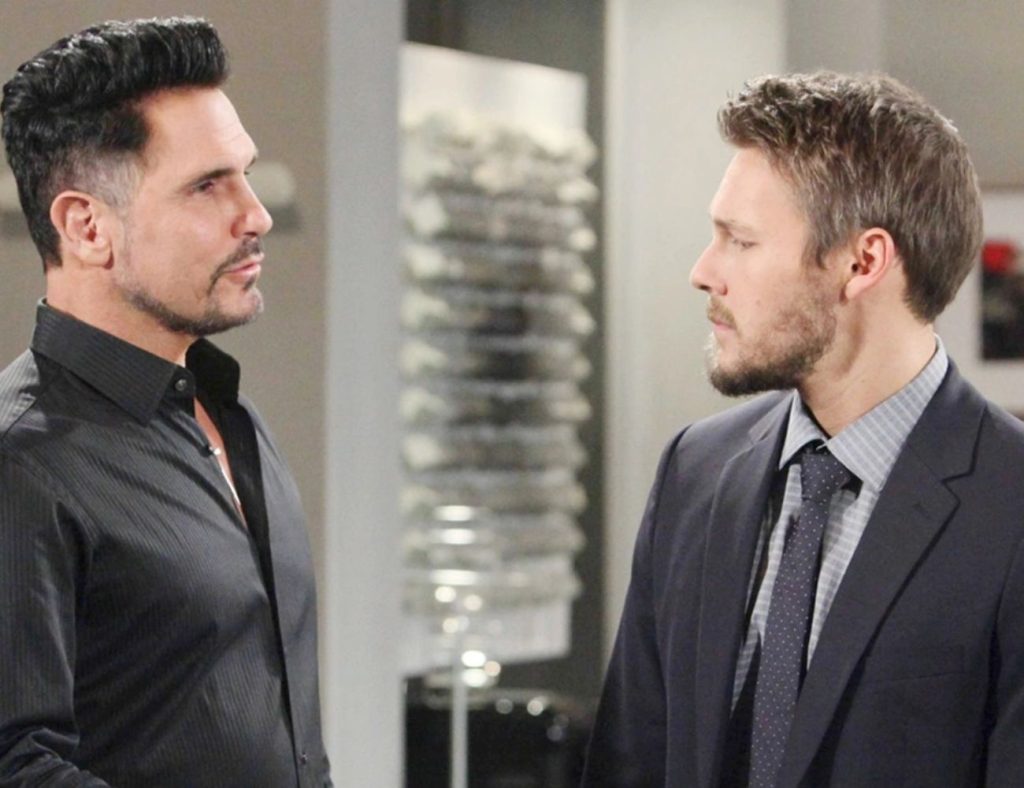 The Bold And The Beautiful: Liam Takes Bill HOSTAGE To Break Sheila’s Spell

Recently on The Bold and The Beautiful, Steffy Forrester and Finn filled Liam in on what’s hot and happening in Los Angeles. His dollar daddy Bill is romancing a raging psychopath and going around throwing threats at old comrades to defend his ladylove. The latest The Bold and The Beautiful spoilers suggest that Liam will take a drastic step to intervene in Bill’s mad obsession with Sheila. But Bill is not lending his ear to anyone! How will Liam get through? Perhaps he will borrow a page from his dad’s playbook and take Bill hostage till the Sheila Spell wears off?

Bill Spencer has made up his mind that he will do anything for Sheila Carter on The Bold and The Beautiful. No matter how hard anyone has tried to make him see the folly in his decision, he has shut them all out. The latest The Bold and The Beautiful spoilers suggest that Liam Spencer will take the onus upon himself to rip Sheila out of Bill’s life. But how can he talk sense into his dad if Bill refuses to even listen? The spoilers tease that Liam won’t back down

and take a rather radical approach to force Bill into listening to him.

Liam might conclude that the only way to tame Bill down a few notches is by holding him away from Sheila on The Bold and The Beautiful. However, this is not a one-man task, and Liam will need some help in containing his father. But Bill doesn’t really have too many friends in L.A. right now. Thanks to his bridge-burning activities to safeguard Sheila.

Although, there is one man Liam can depend on to help him help Dollar Dad, Bill’s younger son Wyatt. Liam and Wyatt together might lure Bill into a trap. They might convince him for a father-son catch-up sess and spike his drink. Once Bill passes out, they may lock him up in an attempt to keep him away from Sheila.

Can Liam And Wyatt Succeed In Deterring Bill From Sheila On The Bold And The Beautiful?

The daunting task of taking Bill hostage on The Bold and The Beautiful might actually be the easier part! As opposed to convincing him to cut Sheila out of his life. It will certainly not be easy but the brothers will decide that they can’t back down from saving their father. While, Beasty Bill might be too aggressive to listen to them in the beginning, a few days of captivity might tame the tiger. Of Course, Liam and Wyatt constantly urge Bill to understand their point and concern, they will also assure him that he can walk out as soon as he realises the danger in he putting himself in with Sheila.

Let’s jump back in time for a second here. The only reason Bill let Sheila latch herself to him was because he felt lonely. He had pretty much convinced himself that nobody loves him and he is all alone. However, Liam and Wyatt’s dire attempt at trying to save Bill might actually break Sheila’s spell. He will realise that his sons are willing to go to any extent to ensure his safety and interest.

A softened Bill will even recall Katie’s pleas to stay away from Sheila. Moreover, in a previous The Bold and The Beautiful episode, Bill had shown a fleeting moment of sense when he questioned Sheila’s intentions. Perhaps this time Bill will realise that everyone has been right, and Sheila had been using him the whole time! What do you think? Is it about time for Bill to see Sheila for who she really is? Please share your views in the comments. Meanwhile, stay tuned to CBS over weekdays to see how Liam gets through to Bill on The Bold and The Beautiful.