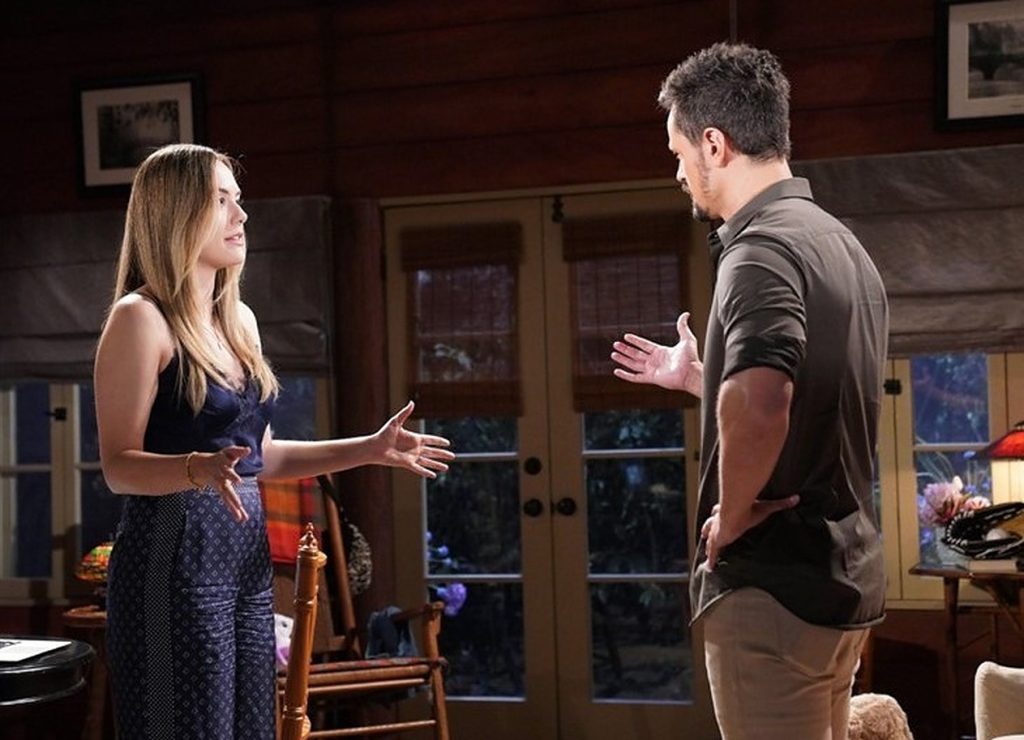 The Bold And The Beautiful Spoilers For August 24, 2022: Thomas And Hope Fight, Forrester’s Dinner Celebration

The Bold And The Beautiful spoilers for August 24, 2022, reveal that Thomas will bring Douglas to enjoy the Forrester dinner celebration. After that, Hope will permit Thomas to stay with Douglas for only one night. So, this will be a start. In the meantime, Forresters will celebrate the reunion of Finn and Steffy along with Douglas coming home after so long. However, Hope will grow concerned. Read the entire article to know what happens in today’s episode.

At the Forrester’s Mansion, Thomas will bring Douglas to enjoy the dinner party. The spoilers for The Bold And The Beautiful Wednesday episode claim that Douglas will have a blast there. As for Thomas, he will be super happy that his son is having fun. He wanted to feel like a father, being responsible for his son, but never got the chance.

However, it looks like Forresters will have many reasons to have a celebration. First, it was just Finn and Steffy’s reunion, and now it’s Douglas’ homecoming after a long time. Even though it is for a single night, the family will be happy for the father-son duo.

While he is being a good father, Thomas will get his family’s support. Especially Steffy, who is batting for him and knows that he can be an amazing father. This support will ultimately raise his confidence. In the meantime, Steffy and Finn’s daughter, Kelly will also return and will be very happy for her parents. Not just that, but she will also bond with Douglas. Meanwhile, it is teased that the actress Sophia Paras McKinlay will return to play the role of Kelly.

The Bold And The Beautiful Spoilers: Hope’s Growing Concern Frets Her

While Thomas is having fun with his son. Hope will start growing concerned for Douglas. It is teased that Hope will permit Thomas to take Douglas with him for only a one-night stay. However, she will receive a call from Thomas later that evening. He will inform her that he is keeping Douglas for another night. Hope might try to discuss that part, but Thomas will hang up on her face.

Not to mention, Hope will go into a panicky mode. Thomas’ demanding and controlling behavior will make Hope fret about the custody battle. All this while, Thomas was kind and tried to understand Hope’s perspective. But now, it looks like he has his family’s support. Apart from that, he is confident that he can take care of Douglas round the clock and be a good father.

Elsewhere, Ridge will still be stuck in between Brooke and Taylor. There are possibilities that Hope might go and complain about Thomas to Brooke. If she takes things into her hands, the consequences might twist the story even further. Stay tuned and watch The Bold And The Beautiful, which airs every Weekdays on CBS. For more information on updates and spoilers, visit our website, TV Season & Spoilers.